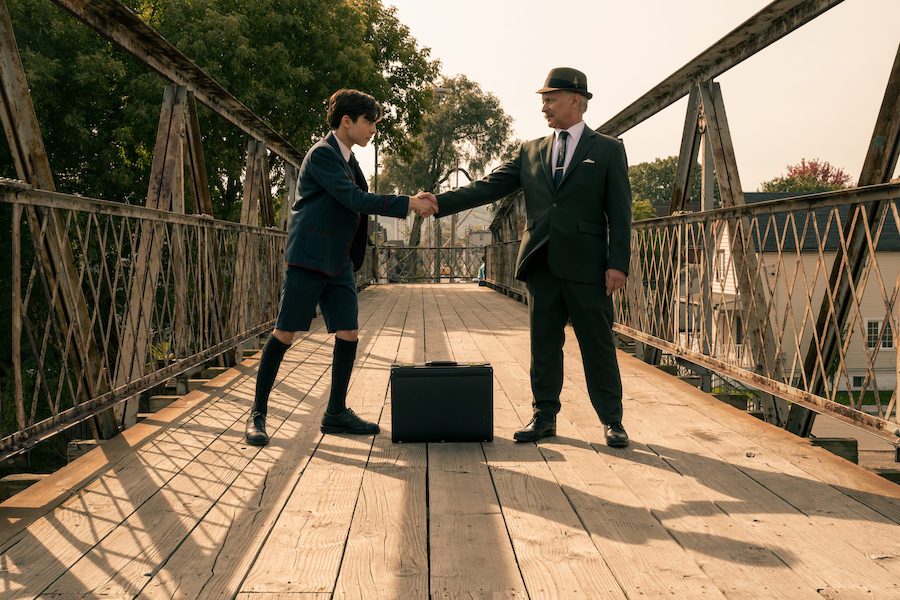 Netflix’s “The Umbrella Academy” jumped into the No. 1 spot on Parrot Analytics’ digital originals rankings the week ended Aug. 8, as well as the data firm’s list of all TV shows. The series had 121.7 times the demand of the average series, while demand for the show rose 154% from the previous week, when it was No. 2. The second season of the series debuted July 31 to push the series back up the charts.

The ever-popular Netflix series “Stranger Things” slipped to No. 2 on the digital originals chart after seven consecutive weeks in the top spot. The popular series, a mainstay of the top 10 regardless of having new episodes recently available or not, had 57.4 times the demand of the average series, while the show was up 6.4% in in demand expressions, the proprietary metric Parrot uses to gauge a show’s popularity

The Disney+ live-action “Star Wars” series “The Mandalorian” remained at No. 3 for the week. It had 45.7 times the demand of the average show, with expressions down 2.6%.

Two digital originals returned to the top 10. One was Amazon Prime Video’s “The Boys,” which climbed to No. 7 from No. 15 the previous week. Demand for the subversive superhero series grew by 51.5%, pushing it to 33.4 times average demand. The push comes after an Aug. 4 trailer for the second season, which premieres Sept. 4.

DC Universe’s “Harley Quinn” climbed three spots to No. 8 after its first two seasons bowed on the HBO Max streaming platform Aug. 1. It had 31.5 times the demand of the average show, with expressions up 20.6% from the previous week.

Following “Umbrella Academy,” the No. 2 overall TV series was “SpongeBob SquarePants,” with 100.9 times average demand. “Stranger Things” was No. 5 on the overall TV list. 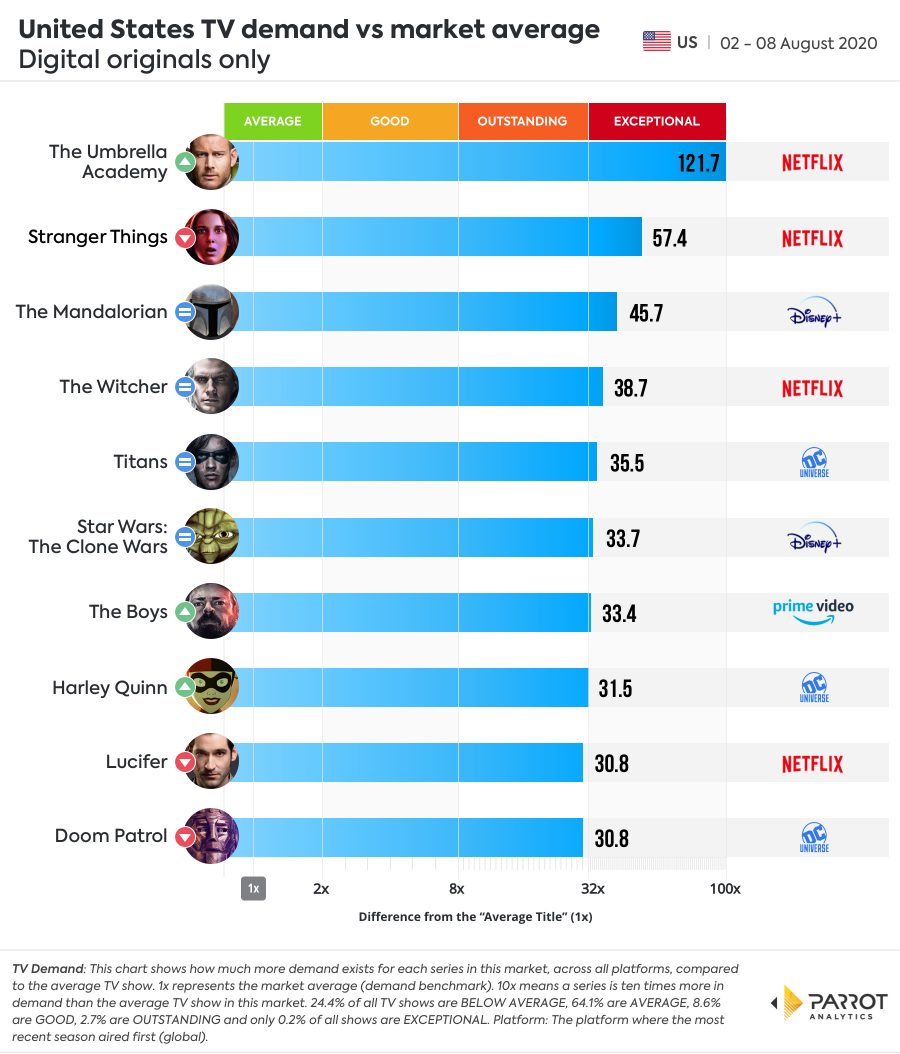