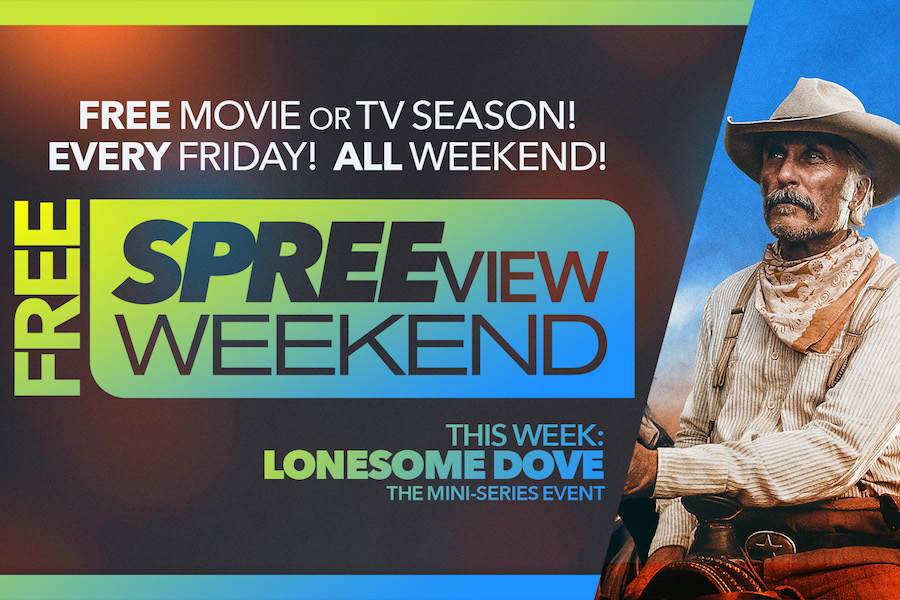 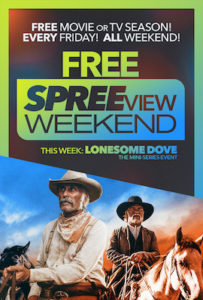 The first chapter of the epic miniseries Lonesome Dove will be available free of ads or interruptions with the complete series available to own at $4.99. The purchase includes all four chapters of the television series plus a 50-minute making-of bonus featurette.

Lonesome Dove is based upon the Pulitzer Prize-winning book by Larry McMurtry. The epic of the Old West is the story of the last defiant frontiersmen, a daring cattle drive and an undying love. Winner of seven Emmy Awards and two Golden Globes including Best Miniseries, Lonesome Dove stars Robert Duvall, Tommy Lee Jones, Diane Lane, Anjelica Huston and Danny Glover.

The “SPREEview Weekend” will be a recurring event that will showcase content available on the site and provide consumers with a free viewing experience without ads or short-term trial periods.

Those who set up a movieSpree account will get the chance to redeem a curated assortment of 100 films free of charge. With apps available on Roku, Apple TV, Amazon Fire TV, iOS and Android devices, movieSpree is available without long-term contracts, subscription fees or advertisements.

Tune into the “SPREEview Weekend” here.