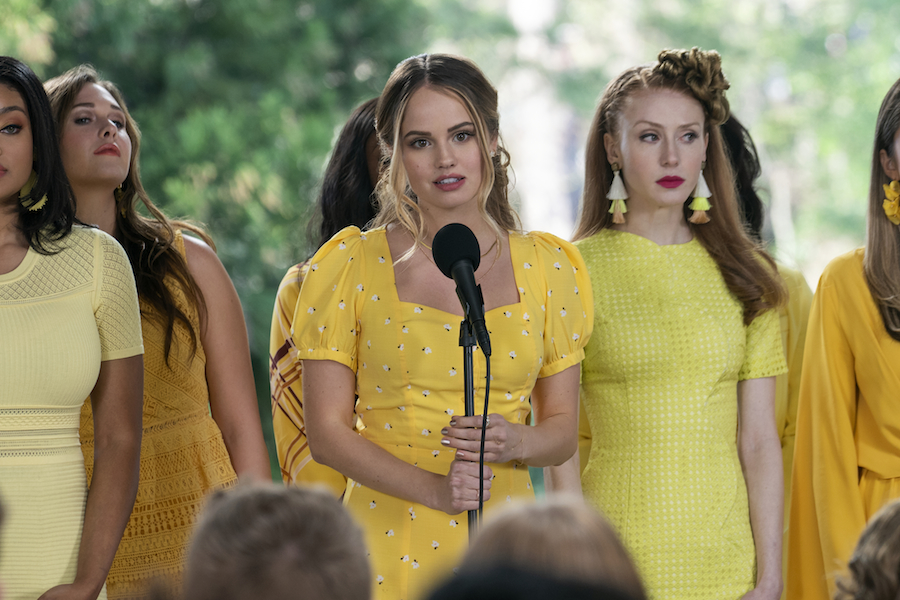 The second season of “Insatiable” hits screens Oct. 11. The black dramedy stars Debby Ryan, Dallas Roberts and Alyssa Milano. It follows Patty (Ryan), who has been bullied, ignored, and underestimated because of her weight. Now she finds herself suddenly thin, and she is out for payback. Bob Armstrong (Roberts), a disgraced attorney whose true passion is coaching beauty pageant contestants, is the only one who sees Patty’s potential, and takes her under his wing — first as a legal client, and then as a pageant contestant. But Bob and his wife Coralee (Milano) have no idea how deep Patty’s rage goes.

“Batwoman,” which premieres Oct. 6, is the latest superhero drama from The CW. It takes viewers to Gotham three years following billionaire philanthropist Bruce Wayne’s a.k.a. Batman’s disappearance. His cousin, Kate Kane (Ruby Rose), must overcome her demons to seek justice and protect the citizens of Gotham City.

The only streaming entrant on the “Anticipated New Shows” chart in October is Hulu’s “Looking for Alaska,” based on John Green’s bestselling novel. The romance drama follows teenager Miles, who enrolls in boarding school to try to gain a deeper perspective on life. After an unexpected tragedy, Miles and his friends try to make sense of what they have been through.