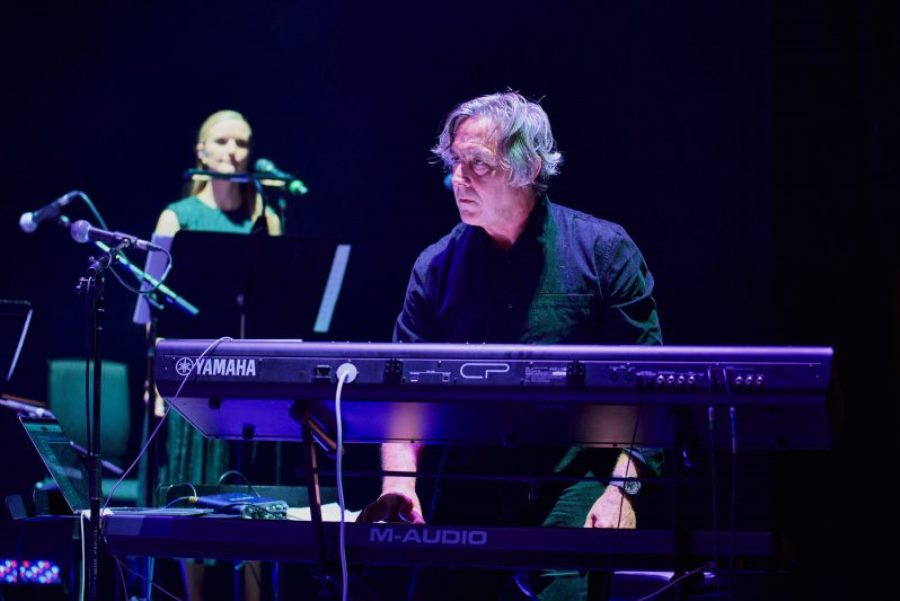 A scene from the 50th anniversary concert (photo by Manual Harlan).

Available on both DVD and Blu-ray Disc, the concert video is being distributed by MVD Entertainment Group. 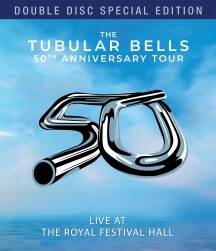 Recorded when Oldfield was just 19 years old, the original Tubular Bells album was released on May 25, 1973, as the debut release from Virgin Records. While initial sales were positive, the album became a worldwide phenomenon when the first track was used as part of the soundtrack for The Exorcist. Despite only being featured in a couple of scenes, “Tubular Bells” has become closely associated with the film, with many referring to it as “the theme of The Exorcist,” and the haunting sounds regularly earning a spot on horror playlists. In the nearly 50 years since its release, the album has sold more than 17.5 million copies and been streamed 18 million times.

In celebration of the album’s 50th anniversary, a concert performance was held over three days at London’s Royal Festival Hall. The music was accompanied by dance and acrobatic feats by the Circa Contemporary Circus. The performance was captured in 4K and is featured, in its entirety, on the two-disc DVD and Blu-ray Disc sets.

“It’s amazing to think that it’s 50 years since I started writing Tubular Bells, and I am touched that my music has reached so many people, all over the world, during that time,” Oldfield said in a statement. “I am sure that the 50th Anniversary Live Concert Experience of Tubular Bells will be spectacular, theatrical, fantastical and thrilling. I’m so excited [it] will be touring the world through to 2023, the 50th anniversary of the original album release.”