“CampusLore Live Basketball” (2020) – Hear from former and current NBA stars each week as they talk about their NCAA days and offer insight and analysis on today’s college game.1000 to 1: The Cory Weissman Story (2014) – Cory Weissman (David Henrie), a student at Gettysburg College, returns to the basketball court after suffering a stroke.”Life Without Basketball” (2019) – A controversial court ruling forces a Muslim American college basketball star to choose between her faith and her dreams to play professionally. 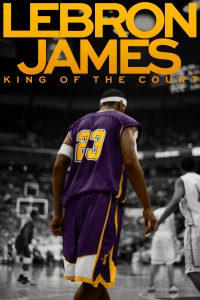 “LeBron James: King of the Court” (2020) — The legendary basketball star showed promise back in high school, before going on to make a name for himself as one of the greatest in the game.

“Manchild: The Schea Cotton Story” (2020) — Celebrated for his basketball skills as a teenager, it seemed Schea Cotton had the world ahead of him. But things didn’t go as he imagined.”Ray Jr’s What If?: The Damon Stringer Story” (2020) – Known as Ohio’s Mr. Basketball in the early 90’s, this is the story of a talented high school athlete who faced many highs and lows. 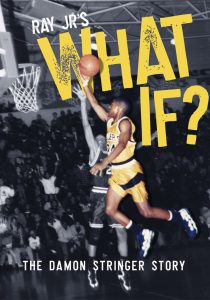 “Something to Cheer About” (2002) – This powerful sports documentary tells the story of the Crispus Attucks Tigers, the first all-black high school basketball team to win a US state championship. 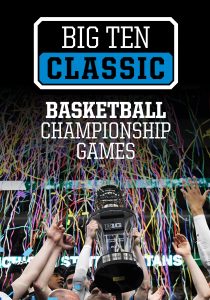 “Big Ten Classics: Basketball Championship Games” (2020) — Sit down, relax, and enjoy some of the best, most intense, and memorable moments from the Big Ten Men’s Basketball Championship games.”Big Ten Classics: Michigan vs. Michigan State” (2020) — The epic match-up between the Spartans and the Wolverines produced some of the most exciting, talked-about moments in college basketball.