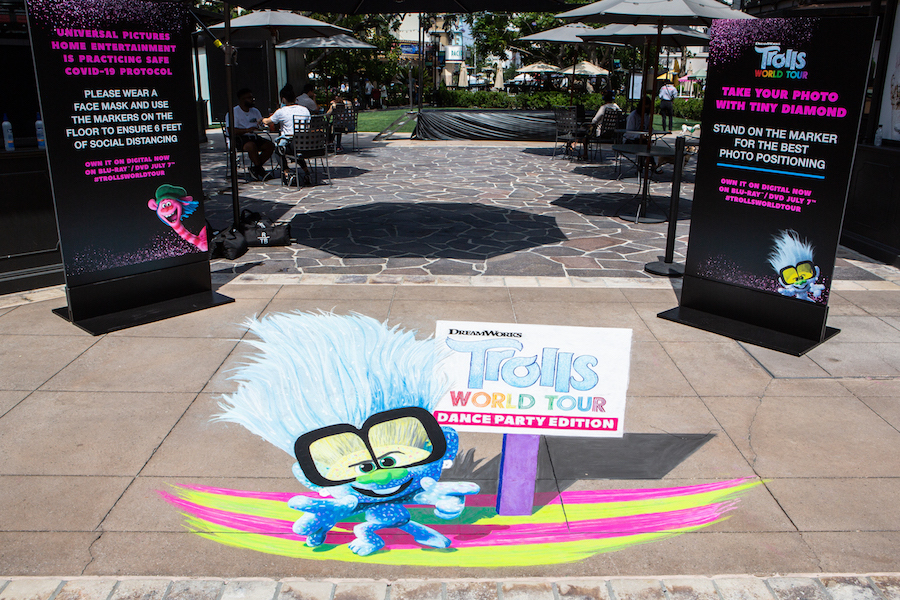 In celebration of Trolls World Tour, designer and illustrator Keith Kaminski created a 15-foot, 3D chalk illustration of the character Tiny Diamond at the center of The Grove mall in Los Angeles. In the animated film — currently available for digital purchase and due on disc July 7 — Queen Poppy (Anna Kendrick), Branch (Justin Timberlake) and the rest of the Trolls are back for another musical adventure. (Photos by Daniel Byun)