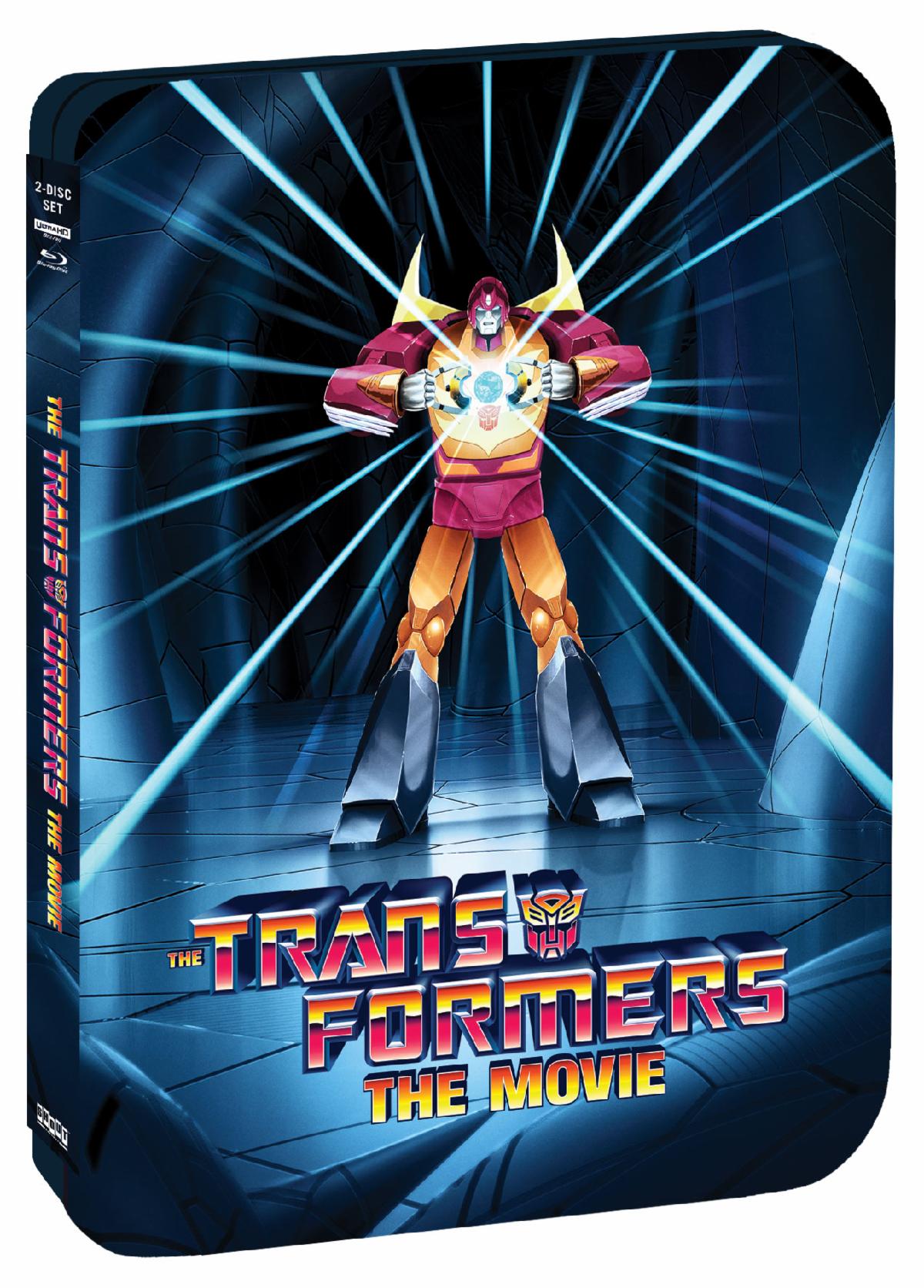 Loaded with some great retrospectives and a beautiful 4K transfer, Shout! Factory’s 4K Ultra HD Blu-ray of the 1986 animated “Transformers” movie is quite a revelation that should excite fans of the franchise, especially those who prefer the classic animated series to Michael Bay’s live-action versions.

In two seasons of the original “Transformers” cartoon based on the popular Hasbro toy line, none of the characters ever died as a result of the never-ending war between the Autobots and Decepticons. They could be severely damaged, but were quickly repaired. At the end of the first season, the entire Decepticon faction fell into a pit of lava, only to be back at full strength without explanation at the start of the next season.

Suffice it to say, storytelling sophistication isn’t one of the prime requirements for a show designed to showcase toys to kids, even though the adventures seemed like fantastic entertainment to their core audience.

So it was quite a shock when The Transformers: The Movie hit theaters in 1986 and spent the first third of its running time wiping out most of the original toy line. In fact, some kids were absolutely traumatized by the infamous death of the beloved Autobot leader Optimus Prime, so much so that Hasbro and Sunbow Productions had to revise plans in the following year’s G.I. Joe: The Movie to kill off Duke (a plot point not enacted on screen until 2013’s live-action G.I. Joe: Retaliation).

By eliminating its older characters to introduce characters from the new toy line, The Transformers: The Movie essentially serves a pilot for the show’s third season, which kicked off about a month after the film hit theaters.

As obvious as the commercial reasons were for swapping out the characters, the fact that a kid’s show was willing to brutally kill off so much of its cast on-screen, including its most popular character, actually made it seem edgy. Contributing to this reputation is the fact that this is an animated movie in which several characters use swear words in a way the show would never have gotten away with.

On top of that, the animation is beautiful, a budgetary step up from a cartoon series that was already visually distinctive. It’s easy to see why the animated movie remains a favorite among “Transformers” in an era of live-action adaptations that seem to sideline the characters in favor of relentless action scenes.

The Transformers: The Movie has received several home video releases through the years, with Shout! Factory, which has released most of the “Transformers” TV shows on DVD the past few years, giving the film a long-awaited U.S. Blu-ray release in 2016 for its 30th anniversary.

For its 35th anniversary, the film has received a new, pristine 4K transfer of the film, which is certainly a definitive presentation. While there are some flaws in the print, it’s clear these are the result of the original animation and film elements, and not part of the remastering process (though high-def tends to make them a bit more noticeable; the introduction of Hot Rod and Daniel has been noticeably blurry in every single home release of the film dating back to VHS).

Shout! Factory’s new 35th anniversary Steelbook 4K Ultra HD Blu-ray combo pack (4K and regular Blu-ray combo packs in standard packaging will arrive Sept. 28) includes two discs. One offers the film in 4K resolution with HDR in the 1.85:1 widescreen ratio common to movie theaters and HDTVs. The other disc has the film in the 4:3 format of old televisions.

The film was actually animated with television in mind and then cropped for movie theaters, so the 4:3 presentation actually provides more of the overall image, though it’s not as if anything important was cropped out.

The movie is rather notorious for being the final film recorded by Orson Welles, who died five days after his final voice session (and about 10 months before the film’s debut), after complaining to his biographer that he was “playing a toy in a movie about toys who do horrible things to each other.”

Welles played Unicron, the planet-sized Transformer now considered a seminal figure in “Transformers” lore, and the bad guy that didn’t make it into the Michael Bay movies until 2017’s Transformers: The Last Knight. (And to Welles’ point about playing a toy, the planned Unicron movie toy was canceled due to cost and production issues, and the character wouldn’t have a toy released at retail until 2003; Hasbro this year released a deluxe giant Unicron collectible that it crowdfunded at nearly $600 per pledge).

While the film is better known for its association with Welles, it was also the final film for Scatman Crothers, who voiced Autobot Jazz throughout the show’s run. (Interestingly enough, while Jazz is one of the few original characters to survive this film, he’s actually the only Autobot who doesn’t survive the first movie of Michael Bay’s live-action franchise that debuted in 2007.)

The other major contribution to the film’s legacy is its music: Vince DiCola provides the score following his work on Rocky IV, while Stan Bush’s song “The Touch” (originally written for the movie Cobra) has practically become an anthem for the franchise (though it didn’t make it into a live-action “Transformers” movie until 2018’s Bumblebee).

Non-“Transformers” fans might recognize “The Touch” as the song mangled by Mark Wahlberg’s Dirk Diggler character in Boogie Nights that he records for his attempted post-porn career debut album (and possibly implied, within the world of the film, to have been written by John C. Reilly’s Reed Rothchild character, mentioned early in the film to be an aspiring songwriter).

DiCola and Bush are among the many talking heads reflecting on the film in “’Til All Are One,” the 46-minute retrospective documentary made for the 2016 release that carries over here. The piece also includes fascinating anecdotes from several of the film’s voice cast and production team, who are quite up front about the series’ origins as a not-too-subtle toy commercial.

Carried over from the Sony BMG 20th anniversary DVD are the feature commentary with director Nelson Shin, story consultant Flint Dille and voice actress Susan Blu (Arcee); and the featurettes “The Death of Optimus Prime” and “Transformers Q&A.” These were on the 2016 Blu-ray as well.

New to the 2021 edition is a feature-length storyboard version of the movie, using the original storyboard sketches assembled to match the audio of the film. Presented separately are a number of deleted sequences presented in storyboard form, with clips from the movie spliced in to show where the scenes would have gone in the final film.

There’s also a gallery of new character artwork by Matt Ferguson, for the promotional art of the new Blu-ray.

Finally, the 10-minute featurette about Stan Bush, including acoustic performances of “The Touch” and “Dare,” and produced for the 2016 Fathom events theatrical re-release, is included on the new Blu-ray.

All the extras are contained on the regular Blu-ray disc in the combo pack. The 4K disc includes just the commentary.

Legacy extras that were on the 2016 Blu-ray but have been dropped for the new version include the “Cast & Characters” featurette from the old Sony DVD, plus featurettes about the 2016 restoration and box art.