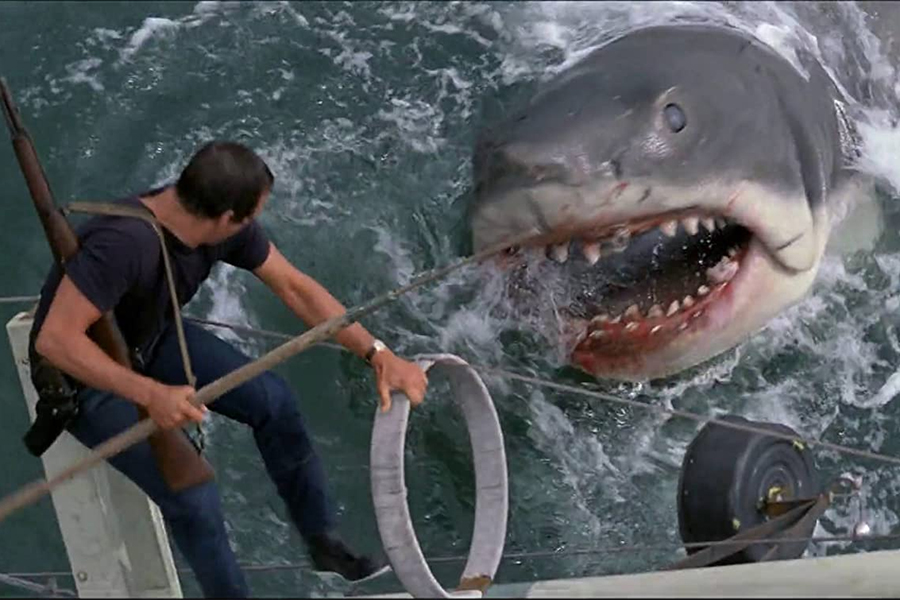 The typical end-of-summer lull at the box office continues, with so few new releases in the pipeline that the biggest splash just might be Universal Pictures’ re-release of the original Jaws.

But the smart money is betting that Top Gun: Maverick, which Paramount Sept. 2 hailed as the top-selling digital movie release ever, will once again emerge on top of the domestic box office charts over the Labor Day weekend (through Sept. 5).

With no major studio theatrical debuts, Maverick — the reigning 2022 box office champ — looks poised to reclaim the No. 1 spot in theaters for the first time since its Memorial Day weekend debut in May.

The weekend also includes the industry-wide National Cinema Day, which features more than 3,000 domestic screens charging $3 per ticket across all display formats, including Imax.

The lull (and Maverick success) prompted Sony Pictures to re-release Spider-Man: No Way Home across more than 3,850 screens with additional footage. The movie remains the top-selling packaged media release in 2022, on top of more than $804.8 million in North American ticket sales; $1.9 billion globally — both market leaders.

Universal Pictures is also re-releasing the original Jaws movie — directed by Steven Spielberg — across more than 1,200 screens, including Imax and Real 3D.