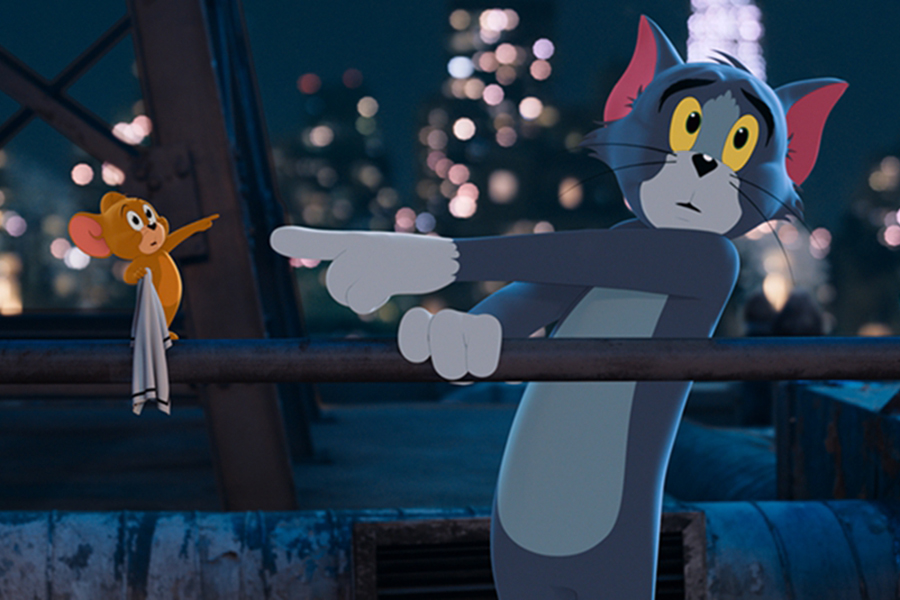 Warner Bros. Home Entertainment’s Tom & Jerry debuted at No. 1 on Redbox’s disc rental chart the week ended May 23. The live-action/animation hybrid family comedy based on the iconic cat and mouse duo was released on Blu-ray and DVD May 18, but didn’t appear on Redbox’s On Demand chart.

There, Universal Pictures Home Entertainment’s The Marksman remained No. 1 for a second week in a row, while slipping to No. 2 on the disc rental chart. The film stars Liam Neeson as an Arizona rancher who agrees to take a young migrant boy to his family in Chicago despite being pursued by drug lords.

The No. 3 disc rental was Disney’s Raya and the Last Dragon, the new animated fantasy that made $48 million at the domestic box office.

No. 3 on the digital chart was Vertical Entertainment’s Four Good Days, a drama starring Mila Kunis, Glenn Close and Stephen Root, about a mother helping her daughter work through four crucial days of recovery from substance abuse.

The No. 5 disc rental was Lionsgate’s Above Suspicion, a crime drama based on true events that stars Emilia Clarke as a woman who falls for an FBI agent who recruits her as an informant during his investigation of a crime ring in her small town in Kentucky. It slipped a spot to No. 4 on the digital chart.

A24’s Minari, about a Korean family that moves to Arkansas, entered the On Demand chart at No. 7.