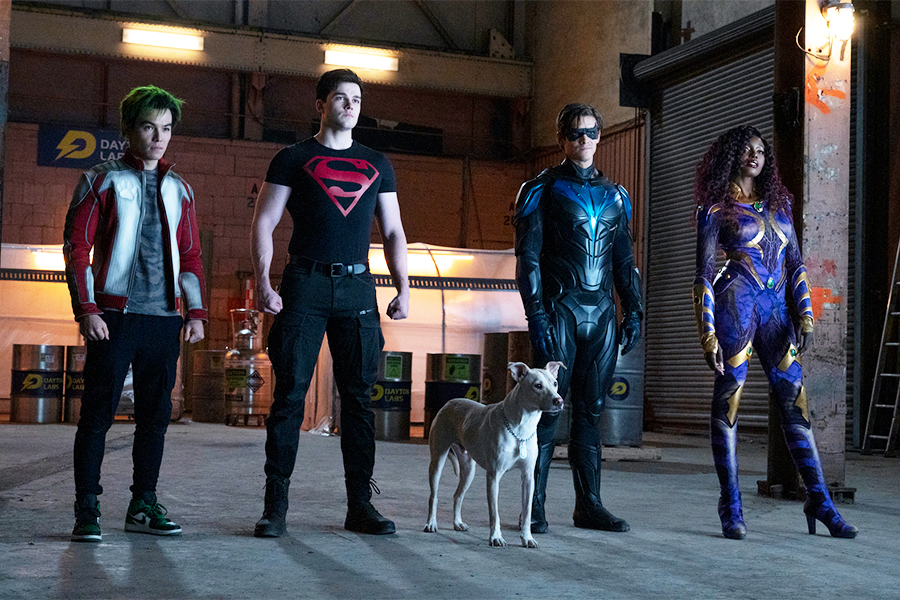 HBO Max’s “Titans” remained No. 1 on Parrot Analytics’ digital originals U.S. chart the week ended Aug. 27, its second straight week in the top spot. The series had 45.6 times the demand of an average series after a 10.5% drop in demand expressions, the proprietary metric Parrot uses to gauge a show’s popularity. “Titans” was No. 4 on Parrot’s list of all TV shows.

The top five remained unchanged from the previous week.

Netflix’s perennially popular “Stranger Things” stayed No. 2 on the digital originals chart with 42.5 times the demand of an average series after a 4.2% drop in demand expressions. “Stranger Things” was No. 9 on Parrot’s list of all TV shows.

The Apple TV+ comedy “Ted Lasso” held onto the No. 3 spot on the digital originals chart, pulling in 39.6 times demand for an average series after a 6.9% rise in demand expressions.

“Loki,” the Marvel Cinematic Universe series from Disney+, stayed No. 4. The series had 34.1 times the demand of an average series after a 4.1% dip in demand expressions.

The Disney+ “Star Wars” series “The Mandalorian” rose a spot to No. 5 with 33.8 times average demand after a 2.2% rise in demand expressions.

The biggest jump into the top 10 for the week, at No. 7, was Hulu’s Nine Perfect Strangers, with 27.8 times the average series demand. Its 58.1% increase in demand expressions came after the show’s fourth episode release on Aug. 25.

The No. 1 overall TV series in terms of online demand was “SpongeBob SquarePants,” with 83.3 times average demand. 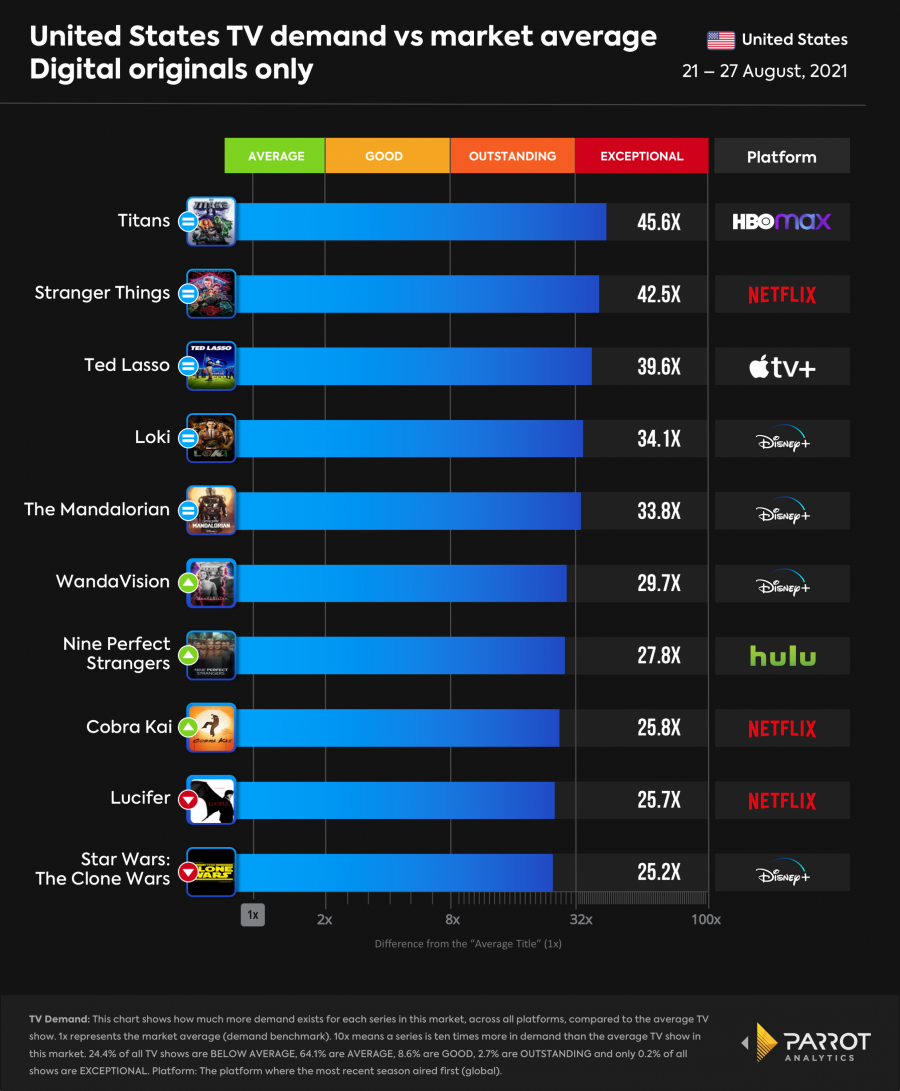