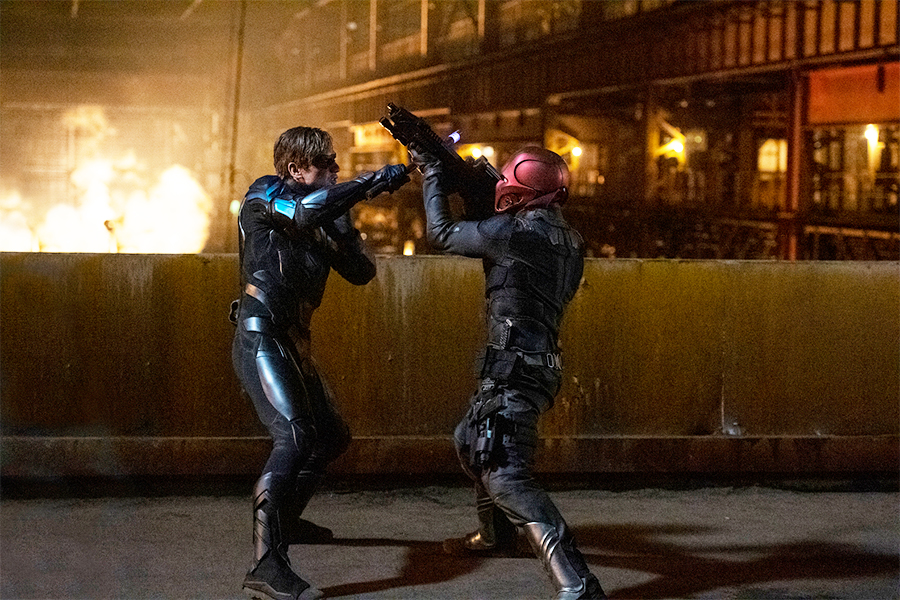 HBO Max’s “Titans” returned to the top spot on Parrot Analytics’ digital originals U.S. chart the week ended Sept. 17. The superhero series had a 1.86% rise in demand expressions, the proprietary metric Parrot uses to gauge a show’s popularity, to give it 45.3 times the demand of an average show. “Titans” was No. 6 on Parrot’s list of all TV shows.

Netflix’s “Money Heist” slid to No. 2 on the digital originals chart, registering an 18.5% drop in demand expressions to give it 42.1 times average demand. “Money Heist” was No. 8 on Parrot’s list of all TV shows.

Another Netflix series, “Lucifer” jumped three spots to No. 3 on the digital originals chart, taking 40.4 times the demand of an average show after a 31% rise in demand expressions. “Lucifer” was No. 10 on Parrot’s list of all TV shows.

The Apple TV+ comedy “Ted Lasso” stayed No. 4 on the digital originals chart, pulling in 40 times demand of an average series after a 3.2% rise in demand expressions.

Netflix’s perennially popular “Stranger Things” slid to No. 5 on the digital originals chart with 39.5 times the demand of an average series after a 0.23% drop in demand expressions.

The series with the biggest demand surge was Hulu’s “Wu-tang: An American Saga” with a 47% increase in demand expressions to rise 14 spots to No. 10. It had 25.2 times average demand. The show about the history of the Wu-tang Clan and its music has released four out of six episodes from its second season.

The No. 1 overall TV series in terms of online demand was “SpongeBob SquarePants,” with 78.6 times average demand. 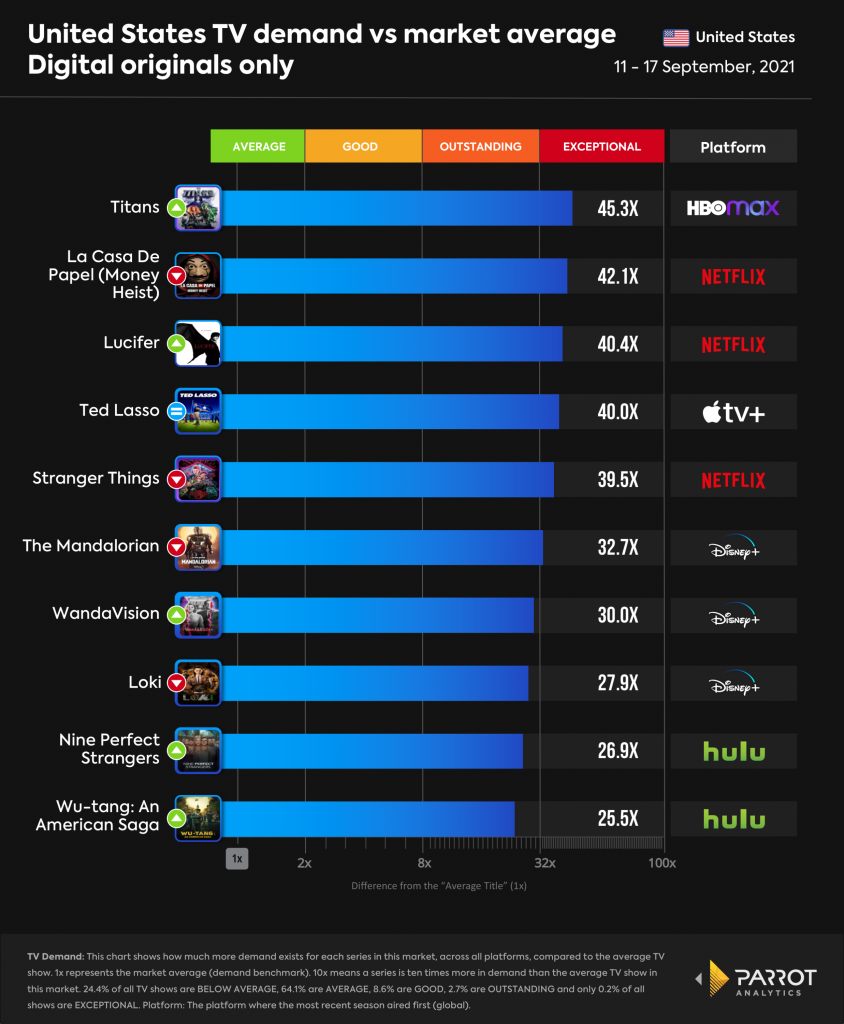