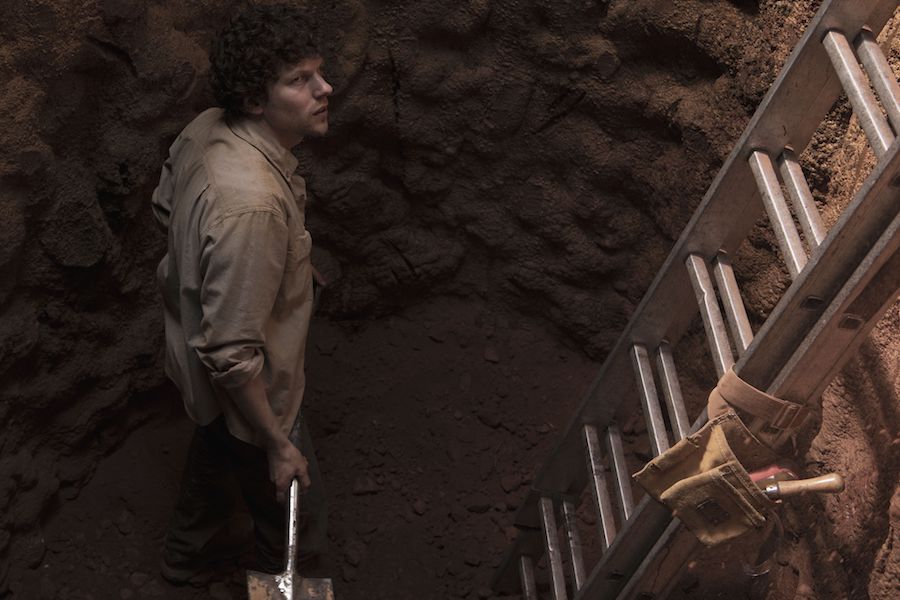 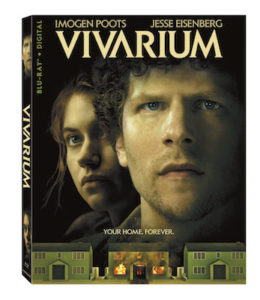 The thriller Vivarium is available now on digital and on demand and on Blu-ray (plus digital) and DVD May 12 from Lionsgate.

The film, which had its world premiere at the 2019 Cannes Film Festival, stars Academy Award nominee Jesse Eisenberg (Best Actor, The Social Network, 2010) and Imogen Poots.

Tom and Gemma (Eisenberg and Poots) are looking for the perfect home. When a strange real-estate agent takes them to Yonder, a mysterious suburban neighborhood of identical houses, Tom and Gemma can’t wait to leave. But when they try to exit the labyrinth-like housing development, each road takes them back to where they started. Soon, they realize their search for a dream home has plunged them into a terrifying nightmare.

Special features on disc include audio commentary with director Lorcan Finnegan and executive producer Brunella Cocchiglia and the featurette “Creating the Suburban Nightmare of Vivarium.”