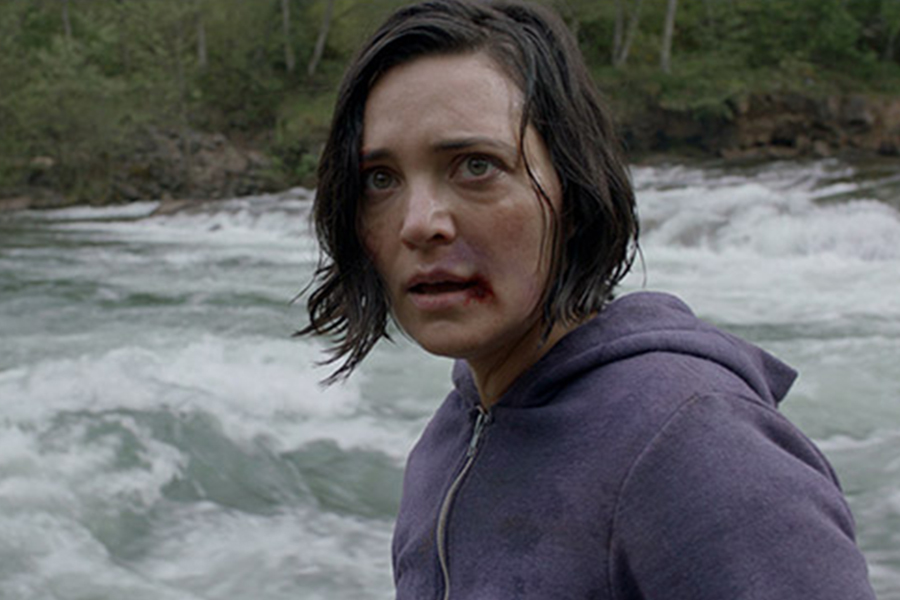 Magnolia Home Entertainment Dec. 15 will release the thriller Alone on Blu-ray Disc, DVD and VOD under its Magnet label.

The film centers on a recently widowed woman (Jules Willcox) in the Pacific Northwest who leaves the city for the wilderness in an attempt to cope, but is kidnapped and locked away in the cabin of a mysterious man (Mark Menchaca).

Though she is able to escape, she must rely on her wits to survive as her captor hunts her through the woods.