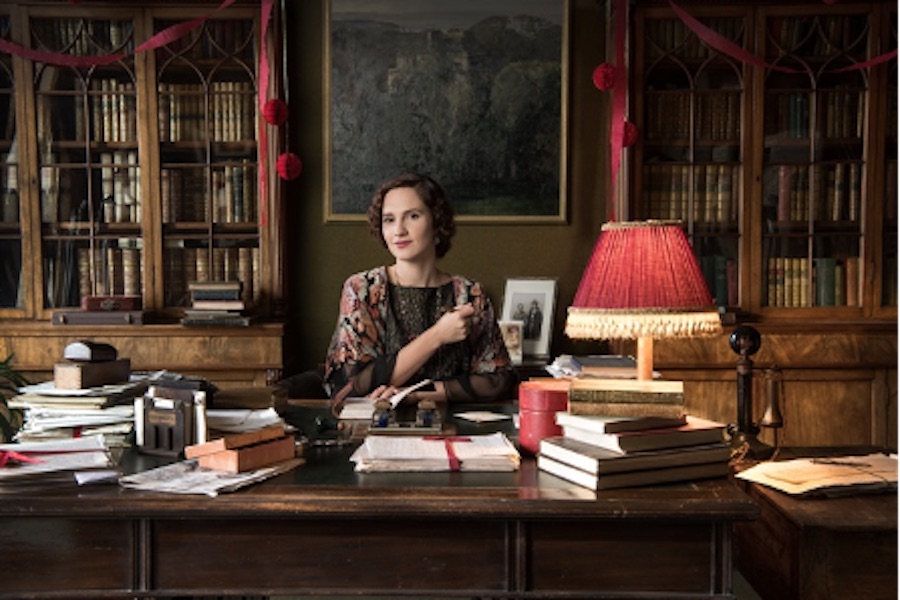 Agatha and the Truth of Murder

In the films, viewers follow what might have happened to the author Agatha Christie, a writer who also happens to investigate real life crimes.

Due May 11 is Agatha and the Truth of Murder. In the film, in 1926, with her writing in crisis and her personal life in tatters, a young Agatha Christie decides to solve a real-life murder. With Dean Andrews (“Ashes to Ashes,” “Life on Mars”), Bebe Cave (“Victoria,” “Great Expectations”), Amelia Dell and Ruth Bradley (“In Her Skin,” “Grabbers”) as Agatha Christie.

Coming May 18 is Agatha and the Curse of Ishtar. In the film, set in 1928, bruised from divorce and struggling with fame, Agatha travels to Iraq and finds a web of murder, intrigue and love. With Jonah Hauer-King (A Dog’s Way Home, World on Fire, Little Women) and Lyndsey Marshal (The Hours, Rome, Hereafter) as Agatha Christie.

Available starting May 25 is Agatha and the Midnight Murders. In the film set in London in 1940, as the Blitz rages and her future is threatened by fallout from the war, Agatha makes the decision to kill off her most famous creation. With Blake Harrison (A Very English Scandal, World on Fire, “The Great”), Jacqueline Boatswain (Bloodborne, London Voodoo), Gina Bramhill (Us, “Sherlock,” “Endeavour”) and Helen Baxendale (Anonymous, “Cold Feet”) as Agatha Christie.

In addition, “Masterpiece: Indian Summers” seasons one and two will be added to the channel in May, as well as a number of international programs from Walter Presents including “Le Monstre,” “1864,” “Crimes of Passion” and “The Nordic Murders.”