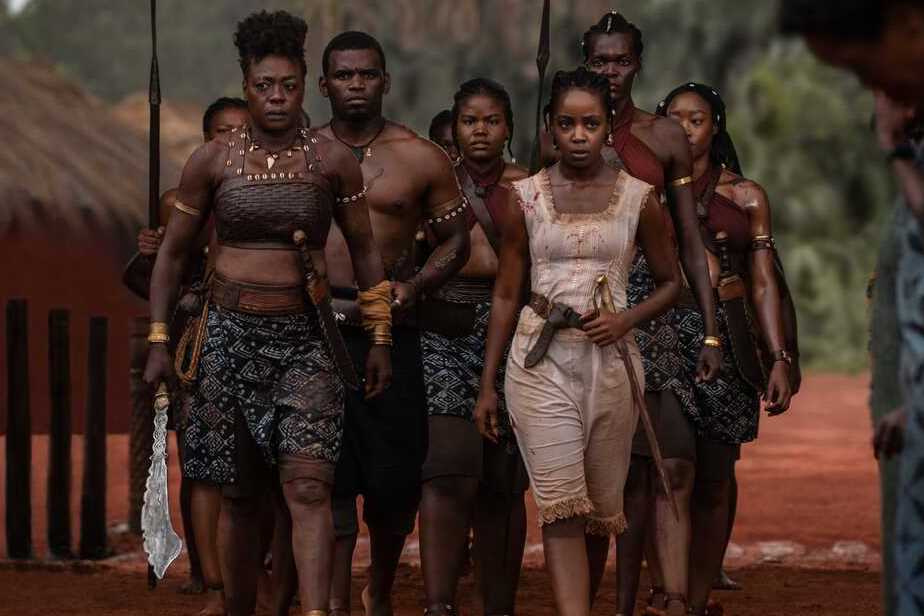 The historical drama The Woman King, starring Viola Davis, led a trio of smaller new releases to top the domestic box office the weekend ending Sept. 18 with an estimated opening of $19 million.

That’s significantly higher than the $12 million in ticket sales Sony Pictures, which co-financed the $50 million production with eOne, had expected. Other, independent tracking services had higher hopes of at least $15 million.

Davis portrays General Nanisca, who leads an all-female unit of warriors, known as the Agojie, that protected the African kingdom of Dahomey in the 1800s. The film also stars Lashana Lynch and John Boyega (Star Wars: The Force Awakens), among others.

Helmed by Gina Prince-Blythewood, The Woman King reportedly cost $50 million to produce. The film received an A+ CinemaScore rating and has been highly praised by critics.

The weekend’s other two new films, A24’s horror prequel Pearl and the Disney/Searchlight mystery comedy See How They Run, finished in third and fourth place, with respective weekend box office grosses of $3.12 million and $3.1 million, according to Box Office Mojo.

See How They Run stars Sam Rockwell, Saoirse Ronan, Adrien Brody, and others. Directed by Tom George and written by Mark Chappell, the film is set in the 1950s and revolves around a Hollywood film director who travels to London to adapt a popular stage play into a movie, only to wind up murdered.

Pearl, a prequel to X, is the origin story of the murderous Pearl. The film was directed by Ti West and co-written by West and Mia Goth, who also portrays the title character. Other cast members include David Corenswet, Tandi Wright, and Matthew Sunderland.

The weekend’s No. 2 movie was holdover Barbarian, from 20th Century Studios/Disney, a horror movie that took in an estimated $6.3 million. Written and directed by Zach Cregger, the film follows a young woman who rents a house that unbeknownst to her has a horrific past — and a deadly present. Barbarian stars Georgina Campbell, Bill Skarsgård, and Justin Long.

Rounding out the top five was Sony Pictures’ Bullet Train, which took in another $2.5 million to brings its total gross, after seven weeks in theaters, to $96.4 million, according to Box Office Mojo. The action comedy stars Brad Pitt as an assassin who has to fight off fellow killers while on a high-speed Japanese train.