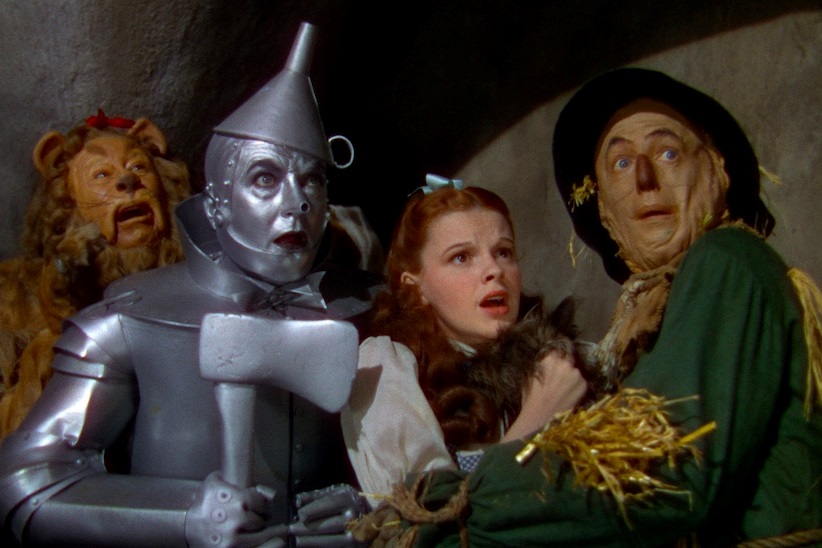 The Wizard of Oz has gotten a facelift for its 8oth birthday 4K debut, and it looks better than ever, according to Warner executives.

“Never before has a film this old been released in the 4K HDR format,” said George Feltenstein, SVP of theatrical catalog marketing at Warner Bros. Home Entertainment, during an Oct. 28 presentation about the restoration on the studio lot. “This is really a huge leap for our company, but it’s representative of the commitment we have for the finest presentation of one of our crown jewels.” 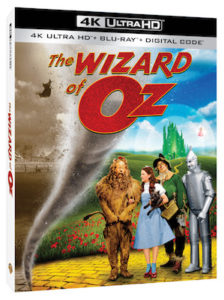 The 1939 classic is being released on 4K Ultra HD Blu-ray combo pack and 4K digital Oct. 29. Directed by Victor Fleming and starring Judy Garland, The Wizard of Oz received five Academy Award nominations, two Oscars, Best Song (“Over the Rainbow”) and Best Original Score, plus a special award for Outstanding Juvenile Performance by Garland. Adapted from L. Frank Baum’s children’s tale about a Kansas girl’s journey over the rainbow, The Wizard of Oz also stars Ray Bolger, Bert Lahr and Jack Haley. The film appears on multiple AFI lists, and in 1989, was part of the inaugural group of films selected for preservation in the National Film Registry by the Library of Congress.

The studio went back to the original three-strip negative (retrieved from storage at the George Eastman Museum in Rochester, N.Y.) to achieve clarity and color suitable for the new home entertainment format. The classic’s nitrate negative is stored offsite because of its flammability, and the Warner lot can only protect a limited amount of nitrate.

“You’ve heard the term, ‘Fire in a movie theater.’ That’s where it came from,” noted Bob Bailey, VP of operations and sales at Warner Bros. Motion Picture Imaging, which handled the new scan.

Warner improved on the 8K, 10 bit scan made 10 years ago for the Blu-ray HD release with an 8K, 16 bit scan and used updated technology.

“You’re going to see a panoply of colors that you could never see before, and yet it is faithful to what was captured on the negative in 1938 when the film was shot,” said Feltenstein.

The process was overseen by Warner Bros. Motion Picture Imaging colorist Janet Wilson, who has supervised every remaster of The Wizard of Oz for the past 20 years.

“With this format, I can have the full range of color that’s available to me in a Technicolor element,” said Wilson.

As in the HD restoration, those working on the new version had to make judgment calls about when to remove wires that showed up in the more detailed picture, but they left in much of the original work, including the makeup details.

“That we left, we didn’t touch,” Wilson said. “Because part of the sort of handmade quality of this film is seeing some of those edges on the makeup, and some of those details you don’t want to obscure. You can see things like the burlap on the face of the Scarecrow and the rivets on the head of the Tinman. If you start smoothing out too many things you start to lose some of the details that are there that you want to preserve.”

Improvements in technology also allowed Wilson to better color correct complex scenes such as the move from sepia tone to color when Dorothy first opens the door to Oz.

“Some of the satisfaction doing it this time for me was that I had better tools, and I could see things better,” she said.

The result, Warner executives said, is a version of the film that stays true to the original while making it look fresh.

“I’d like to think that the people who made this film 80 years ago would see this and be amazed by what they see and see that their artistic work was recreated with reverence because we haven’t changed anything,” Feltenstein said. “We’ve just made it look better than it’s ever looked before.”

“It’s really unprecedented that a film of this age is being released using this cutting-edge state of the art technology,” said Feltenstein. “The disc right now is the highest form of quality of reproduction in the home. And unless you are in a Dolby Vision cinema, you can’t even see it look this good in a theater.”

Special features on the Blu-ray (included in the combo pack) include: