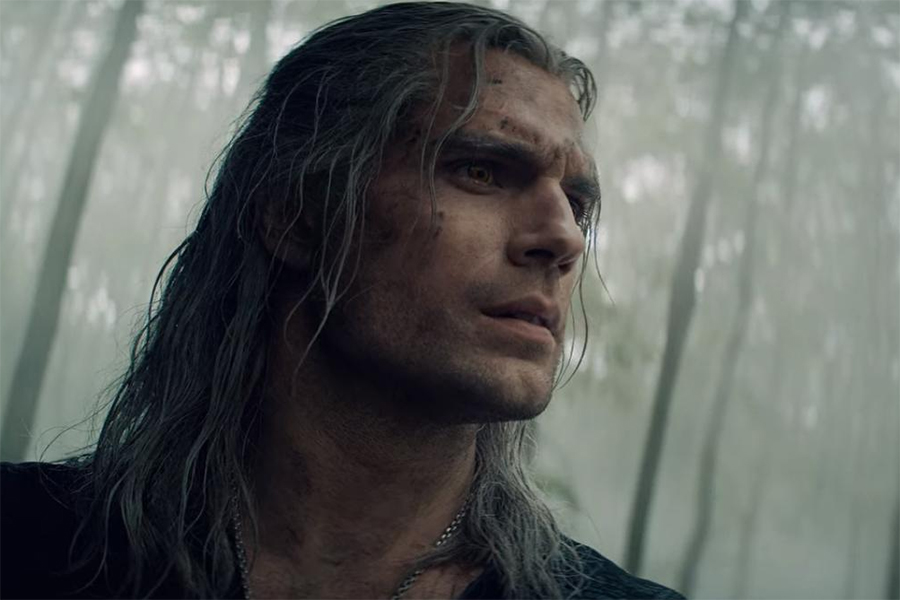 Netflix’s “The Witcher” returned to the No. 1 spot on not only Parrot Analytics’ digital originals rankings the week ended Jan. 11, but also the data firm’s overall list of TV series from any platform, including broadcast and cable, again pushing the Disney+ “Star Wars” spinoff “The Mandalorian” to No. 2.

“Mandalorian” was No. 1 most of the last couple of months of 2019 before “The Witcher” took over the last week of the year. “The Mandalorian” took the top spot back the first week of 2020.

For the week, “The Witcher” registered 118.4 million average daily Demand Expressions, the proprietary metric used by Parrot Analytics to measure global demand for TV content. That was down 10.5% in expressions compared with the previous week, when it was No. 2.

“The Mandalorian” was close behind, with 115.8 million expressions, down 18.5% from the previous week.

Netflix’s psychological thriller “You” stayed at No. 3 on the digital originals chart, with expressions down 10.9% to 83.2 million.

Netflix’s “Stranger Things” stayed No. 4, registering 73.6 million expressions, down 6.8% from the previous week.

DC Universe’s “Titans” held onto the No. 5 spot on the digital originals chart, with expressions up 3.5% to 56 million.

DC Universe’s “Harley Quinn” animated series made a big move on the originals chart to No. 9, from No. 13 the previous week. Expressions rose 2.6% to 29.99 million. The season finale is due Jan. 17. 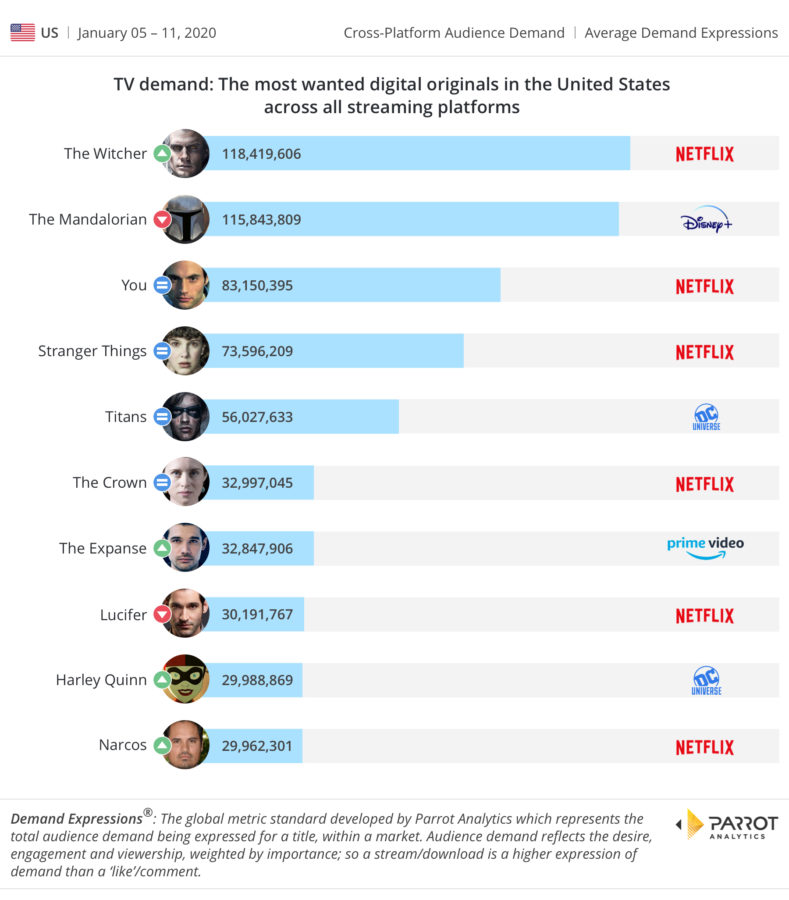