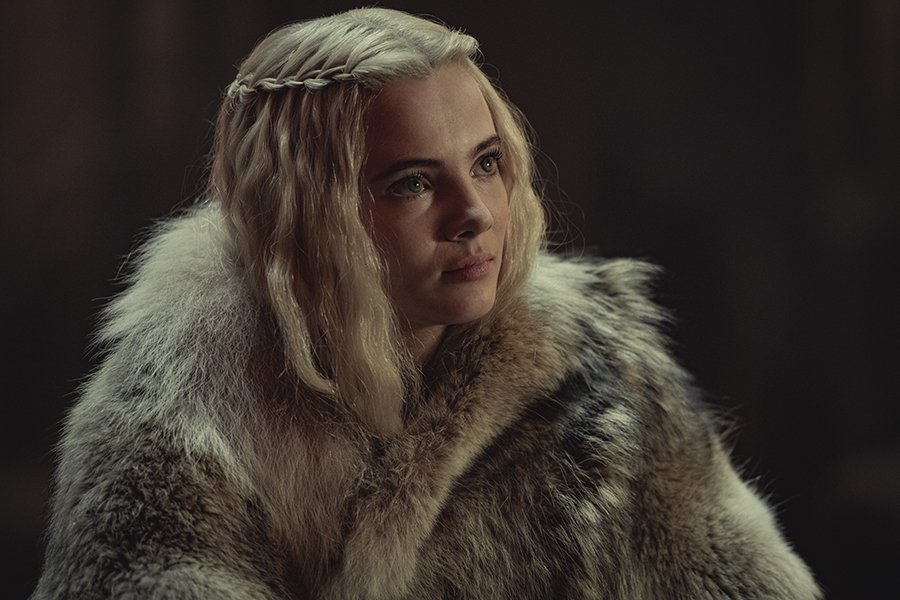 Netflix’s fantasy series “The Witcher” remained No. 1 for a second week on Parrot Analytics’ digital originals U.S. chart the week ended Dec. 31, and also took over the top spot on the Parrot’s list of all TV shows. “The Witcher” had 75.3 times the demand of an average series during the week after a 2.4% gain in demand expressions, the proprietary metric Parrot uses to gauge a show’s popularity.

Netflix’s “Karate Kid” sequel series “Cobra Kai” saw another 30.3% increase in demand expressions during the week as the fourth season premiered Dec. 31, pushing it up five spots to No. 2 with 44.5 times average demand. “Cobra Kai” was No. 6 on the list of overall TV shows.

Amazon Prime Video’s “The Wheel of Time” dropped to No. 3 on the digital originals chart. Based on a series of fantasy novels, the show had 43.4 times the demand of an average series during the week after a 6.6% dip in demand expressions. “The Wheel of Time” was No. 7 on the list of overall TV shows.

The Disney+ Marvel series “Hawkeye” slipped a spot to No. 4 on the digital originals list. Following its Dec. 22 season finale, it had a 3.6% drop in demand expressions to give it 40.4 times average demand.

The Disney+ “Star Wars” series “The Mandalorian” remained No. 5 on the digital originals chart. It had a 6.2% rise in demand expressions to give it 39.5 times the demand of an average series. Parrot attributed the growth of the show, which hasn’t had a new episode in more than a year, to spinoff series “The Book of Boba Fett,” which debuted Dec. 29. Interestingly, “Boba Fett” didn’t crack the top 10, as Parrot’s metric often shows a demand boost for a parent show rather than a spinoff.

The No. 2 overall TV series in terms of online demand was “SpongeBob SquarePants,” with 75.2 times average demand. It had been No. 1 the previous week. 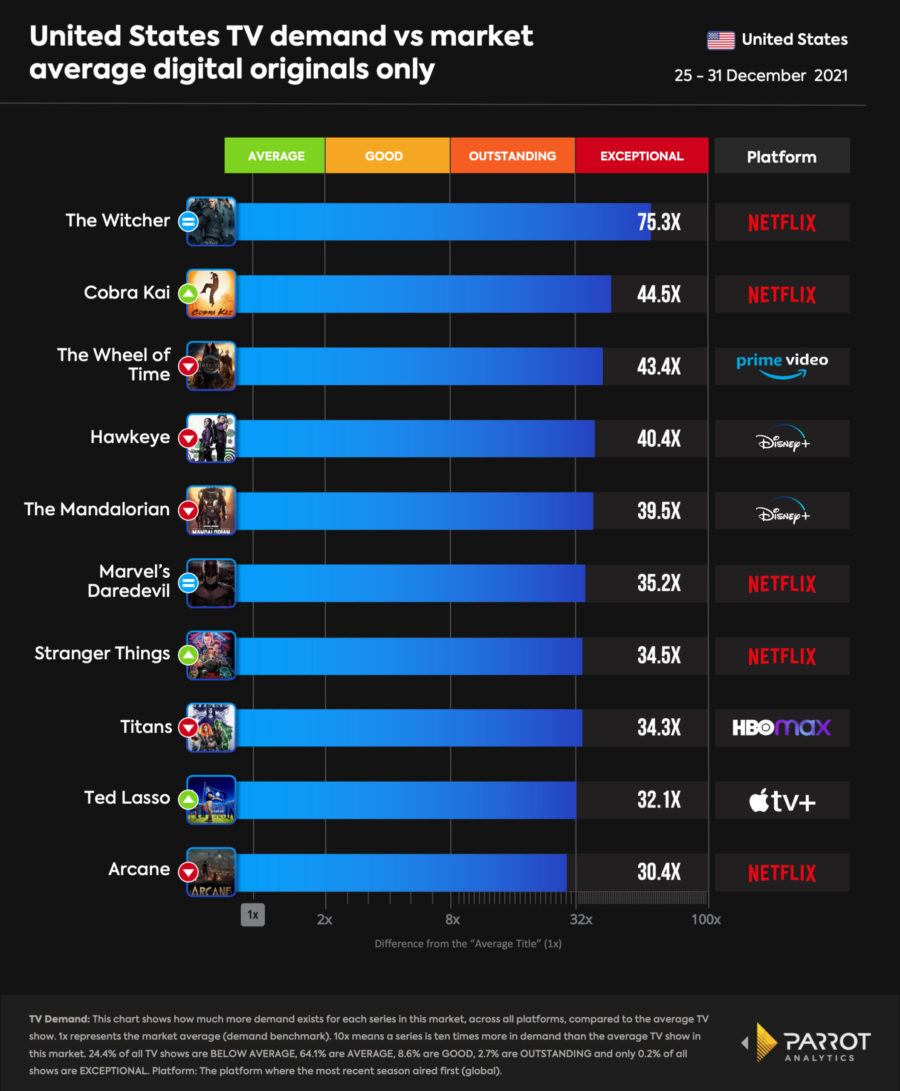