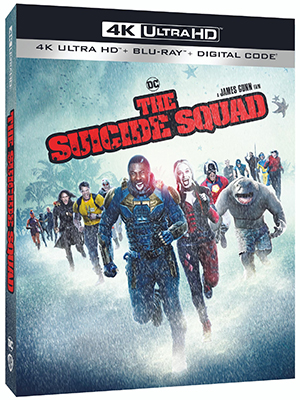 The Blu-ray edition of The Suicide Squad comes loaded with hours of insightful bonus material about the making of the film, including a good solo commentary with Gunn.

There are also about 17 minutes of deleted scenes that don’t amount to much, so it’s easy to see why they were cut.

The regular Blu-ray Disc of the film contains all the extras. The 4K disc includes just the commentary and one featurette, a seven-minute breakdown of Harley Quinn’s violent escape sequence.