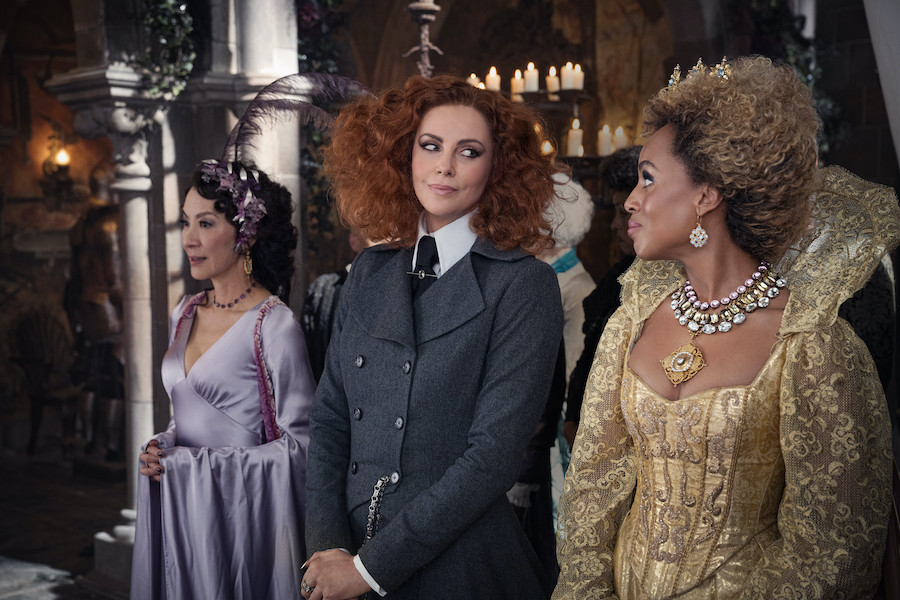 Rising from No. 3 to the top spot on the chart of streaming originals, Disney+’s “Andor,” the latest series from the “Star Wars” universe, started streaming Sept. 21. A prequel to the “Star Wars” spin-off movie Rogue One, the series follows thief-turned-Rebel spy Cassian Andor during the five years leading up to the events of the film.

The School for Good and Evil, which began streaming on Netflix Oct. 19, is based on the international best-selling series by Soman Chainani. The fantasy follows best friends Sophie and Agatha, who find themselves on opposing sides of a modern fairy tale when they’re swept away into an enchanted school where young heroes and villains are trained to protect the balance of good and evil.

Universal Pictures/Blumhouse’s Halloween Ends, which started streaming on Peacock Oct. 14, fell from the top spot to No. 2 on the streaming movies chart. It concludes one of the studio’s most acclaimed franchises after 45 years as Laurie Strode (Jamie-Lee Curtis) faces off for the last time against the embodiment of evil Michael Myers.

Falling from No. 2 to No. 3 on the streaming movies chart was the Marvel-based Werewolf by Night, which debuted Oct. 7 on Disney+. The movie follows a group of monster hunters competing for a powerful relic.

Rising from No. 4 to No. 2 on the chart of streaming originals was “The Handmaid’s Tale.” Season five of the series — based on the dystopian novel by Margaret Atwood about a society that subjugates women to child-bearing slavery — began streaming on Hulu Sept. 14.

Falling from No. 2 to No. 3 on the chart of streaming originals was Prime Video’s “The Lord of the Rings: The Rings of Power,” which started streaming Sept. 1. Dubbed the most-expensive TV season ever with a production budget of $715 million, the fantasy series is based on the books by J.R.R. Tolkien and is set thousands of years before The Hobbit.