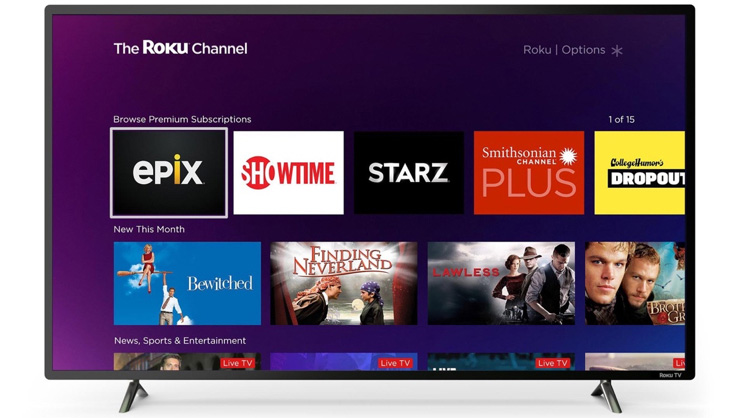 The streaming media device manufacturer said it would begin sending updates to connected devices in the coming weeks, beginning with branded Roku players and concluding with Roku TV models.

The strategy enables users to browse, trial and subscribe to services such as Epix, Showtime and Starz. Users can watch free and premium channels in one interface and pay a single monthly bill for subscriptions. New subs registered before March 31, get 30-day free trials of those services on The Roku Channel.

The channel is now ranked 8thin popularity among Roku store apps, according to Citi’s Roku/OTT tracker.

Additionally, viewing of The Roku Channel directly from within the mobile app is available for iOS devices starting today. The update for Android devices is expected to begin to roll out in mid-February.

“Now there is one place on the Roku platform where users can seamlessly access both free and premium entertainment, with one click sign-up, easy subscription management and a single monthly bill,” Rob Holmes, VP, programming and engagement at Roku said in a statement.