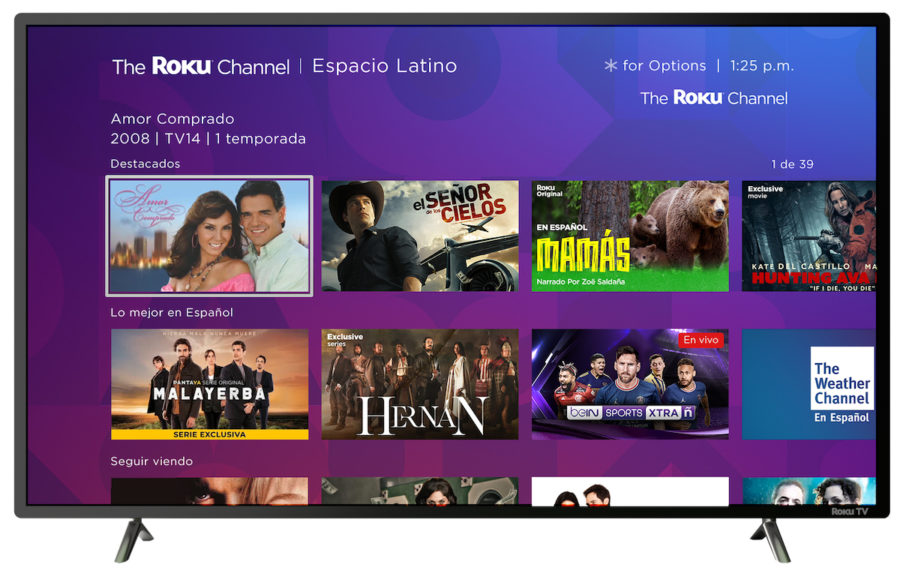 Roku June 6 announced the launch of “Espacio Latino,” a new destination for U.S. Hispanic audiences, offering a wide collection of programming geared at Spanish speakers on ad-supported The Roku Channel.

“Espacio Latino” will feature thousands of hours of free movies and TV shows in Spanish, some of which are original and exclusive, plus English titles dubbed and subtitled in Spanish. The format will include more than 50 Spanish-language Live TV channels, of which more than 25 are brand new to The Roku Channel. Users will also have the ability to add Spanish-language subscription services. Additionally, Roku Original titles will be available, including the recently released series “Mamas,” narrated in Spanish by Zoë Saldaña. An all-new, Spanish-language Roku original, “Natural Born Narco,” will debut on July 8.

“The launch of Espacio Latino marks an exciting step forward in our efforts to create a unified Spanish language experience for millions of streamers,” Ashley Hovey, head of The Roku Channel AVOD, said in a statement. “Our team worked diligently with some of the most renowned content providers in the Spanish language space to create a robust lineup of top tier telenovelas, sports, news, movies and TV series.”