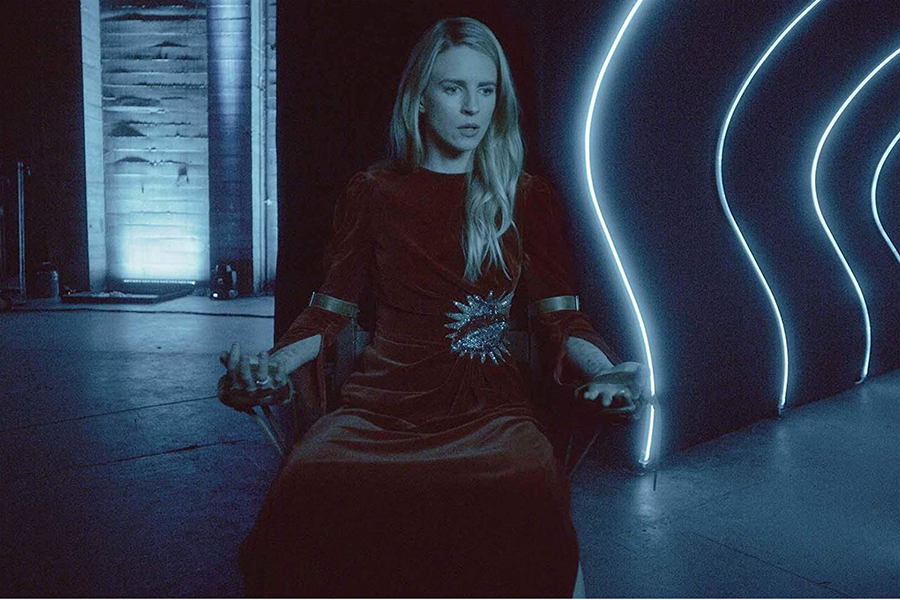 The March 22 debut of the second season of “The OA” helped push the Netflix series to No. 4 on Parrot Analytics’ digital originals chart for the week ended March 30, up from the No. 27 spot a week earlier.

The show, a fantasy mystery about a young woman who resurfaces after being missing for seven years, registered 28.5 million average daily Demand Expressions, the proprietary metric used by Parrot Analytics to measure global demand for TV content, representing a 124% spike from the previous week.

Another big gainer for the week was Hulu’s “The Act,” based on the real life of Gypsy Rose Blanchard and the murder of her mother. The first two episodes became available on the streaming service March 20. The show registered 26.5 million expressions during the week, which coincided with the March 27 premiere of its third episode, a 60% jump that pushed it to No. 7 on the chart, up from No. 17 a week earlier.

Netflix’s “Stranger Things” held onto the No. 1 spot with 51.5 million expressions, a slight dip compared with the previous week but essentially flat. The popular supernatural series continues to ride the hype generated by the trailer for its third season, which doesn’t debut until July 4.

The No. 2 and No. 3 titles, Netflix’s “The Umbrella Academy” and DC Universe’s “Titans,” respectively, were also unchanged from the previous week. 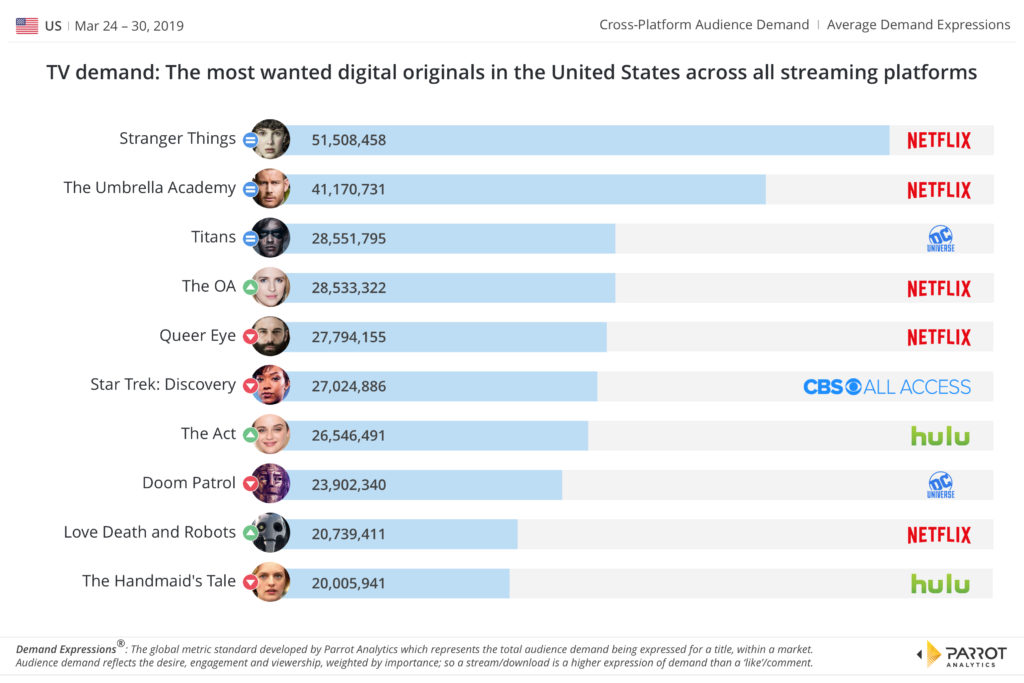