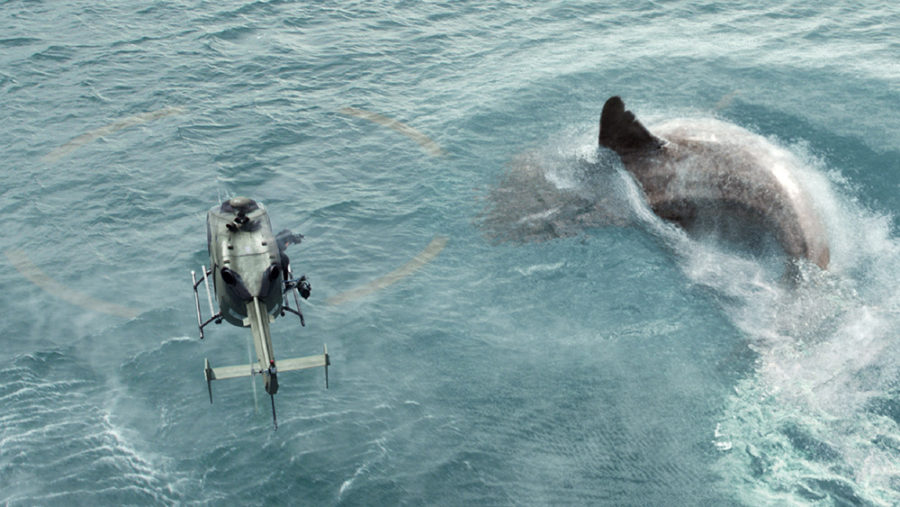 The Meg, the hit Warner Bros. movie about a giant killer shark, rode its $143 million domestic gross to a No. 1 debut on both Redbox charts for the week ended Nov.19.

Centered around a team of scientists who face off against a 75-foot-long prehistoric megalodon shark on the floor of the Pacific Ocean, The Meg took the No. 1 spot on both the Redbox kiosk chart, which tracks DVD and Blu-ray Disc rentals at the company’s more than 40,000 red disc vending machines, and the Redbox On Demand digital chart, which tracks digital transactions, both electronic sellthrough (EST) and transactional video-on-demand (TVOD) streaming.

Mile 22, a spy thriller from Universal Pictures that stars Mark Wahlberg, John Malkovich, and Ronda Rousey, debuted at No. 2, also on both charts. The film, about a CIA task force that has to escort an Indonesian police officer on the run from the government 22 miles to an extraction point, earned $36.1 million in North American movie theaters.

A third new releases, Alpha, a historical adventure film about a young hunter who befriends an injured wolf during the last Ice Age, debuted at No. 4 on the Redbox kiosk chart and No. 3 on the Redbox On Demand digital chart.

The film earned just over $35 million in U.S. and Canadian theaters.

On the Redbox kiosk chart, the No. 3 spot went to Walt Disney’s The Incredibles 2, which had debuted the prior week at No. 1.

Rounding out the top five on the disc-rental chart was Lionsgate’s The Spy Who Dumped Me, an action comedy with Mila Kunis and Kate McKinnon as two best friends on the run from assassins. ad debuted in the top spot the prior week on both charts. The film was No. 2 the previous week.

On the Redbox On Demand digital chart, The Spy Who Dumped Me slipped to No. 4 after two weeks at No. 1.

Rounding out the top five on the digital Redbox chart was Universal Pictures’  Skyscraper, down from No. 3 the previous week.