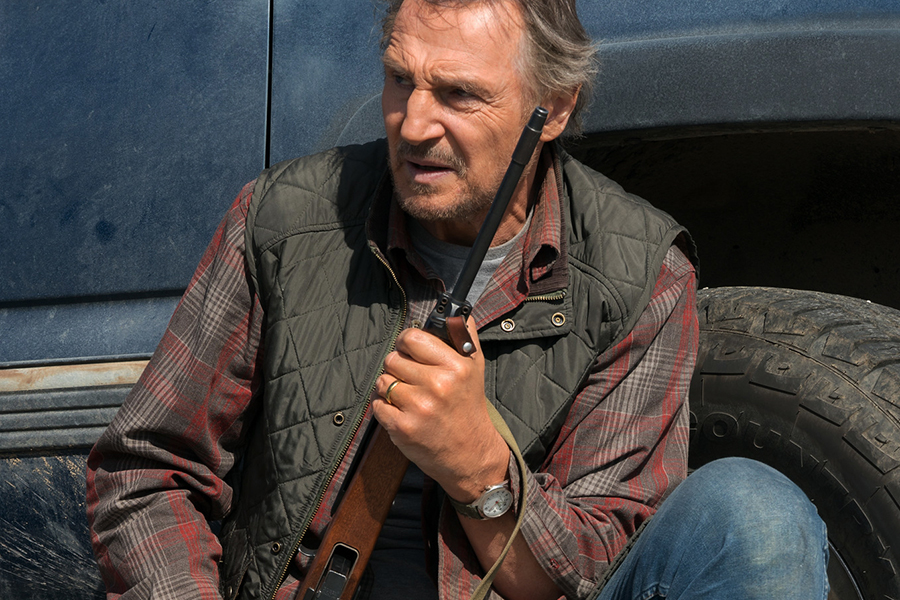 Universal Pictures Home Entertainment’s The Marksman took over the No. 1 spot on both the Redbox disc rental chart and the Redbox On Demand chart the week ended May 16.

Liam Neeson stars in the film as an Arizona rancher who agrees to take a young migrant boy to his family in Chicago despite being pursued by drug lords. The Marksman arrived on Blu-ray Disc and DVD May 11 after becoming available for digital purchase April 27. It made $15.6 million at the domestic box office.

Warner Bros. Home Entertainment’s The Little Things dropped to No. 2 on both charts. The psychological thriller stars Academy Award winners Denzel Washington, Rami Malek and Jared Leto, and involves a pair of sheriffs tracking a serial killer in Los Angeles.

No. 3 on the disc rental chart, which tracks DVD and Blu-ray Disc rentals at Redbox’s more than 40,000 red kiosks, was Paramount’s The Vault, a heist film starring Freddie Highmore as an engineer who aids a crew of master thieves attempt to steal the legendary lost treasure locked inside a mysterious, impenetrable fortress hidden under the Bank of Spain. The Vault is available on disc early at Redbox before its June 1 wide release. It was No. 10 on the Redbox On Demand chart.

Debuting at No. 3 on the Redbox On Demand chart, which tracks digital VOD and sellthrough transactions, was Lionsgate’s Above Suspicion, a crime drama based on true events that stars Emilia Clarke as a woman who falls for an FBI agent who recruits her as an informant during his investigation of a crime ring in her small town in Kentucky. It was released digitally May 7.

The Redbox-exclusive Every Breath You Take dropped to No. 4 on the disc rental chart. The film stars Michelle Monaghan, Sam Claflin and Casey Affleck in the story of a psychiatrist who finds his family life disrupted after his client commits suicide and he introduces her surviving brother to his wife and daughter.

DreamWorks Animation’s The Croods: A New Age, from Universal Pictures, was No. 4 on the digital chart, and No. 8 on the disc chart.

The No. 5 digital title was Universal Pictures’ Land, the feature directorial debut of Robin Wright, who also stars as a woman who retreats from society to live in wilds of the Rockies following an unfathomable event. It was released for digital sale April 27, and on VOD, Blu-ray and DVD May 11.

Another newcomer, STX Films’ The Mauritanian, distributed by Universal Pictures, was No. 6 on the disc chart and No. 8 on the digital chart. Based on the book Guantanamo Diary by Mohamedou Ould Slahi, The Mauritanian is true story of Slahi’s fight for freedom after being detained and imprisoned without charge by the U.S. Government for years.