With China effectively shutting the door to U.S. streaming services looking to launch operations in the erstwhile communist country, companies such as Netflix, Amazon and Disney are aggressively targeting India to jumpstart subscriber growth.

With 1.4 billion people, including 1.1 billion on portable media devices such as smartphones, India is fertile ground for SVOD platforms looking for growth to justify multi-billion dollar infrastructure/content investments and the future of their movie/TV program distribution.

In 2020, there were about 60 platforms operating in India, with YouTube, Disney+Hotstar, Netflix, Amazon Prime Video and Facebook representing 85% market share, according to Media Partners Asia. The country’s OTT video market is projected to grow 26% annually, reaching $4.5 billion in revenue by 2025.

“Subscription based online video services benefited significantly in 2020 as the country went into the lockdown,” MPA executive Mihir Shah said in a statement. 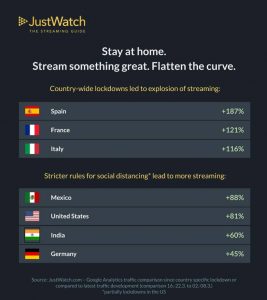 Assisting sub growth is a massive market of affordable smartphones, inexpensive data plans and limited government regulation on foreign content streaming within its borders. The latter could be changing as the government’s ministry of information and broadcasting recently granted itself for the first time jurisdiction over streaming video content.

The Indian SVOD market will remain competitive as Disney+Hotstar continues to scale its business, while Netflix and Prime Video deepen partnerships with mobile and fixed broadband operators, according to Shah.

Indeed, Disney, through its acquisition of 20th Century Fox, inherited Hotstar, the Indian video service streaming movies and shows in 8 Indian languages. The upside to Disney+ has been immediate. The service topped 88 million subscribers last month, with 30% of that growth originating in India via the rebranded Hotstar service.

In 2018, Netflix co-founder/co-CEO Reed Hastings said the SVOD pioneer was shooting for 100 million Indian subs — driven in part by a mobile-only plan priced at 199 rupees ($2.72) per month. Disney+Hotstar has a similarly priced plan. Netflix reportedly spent about $400 million on Indian content in 2019 and 2020 — enjoying global success with original dramas “Sacred Games,” and “Delhi Crime,” among others.

“In the U.S., people pay $50 for mobile phone access,” Hastings told a leadership summit in New Dehli in 2019. “Pricing is very low here, and the market is very large. That’s why our 199 rupees a month pricing is very competitive.”

Amazon Jan. 13 launched a new $1.20 monthly mobile-only video streaming plan — the cheapest among U.S. services operating in India. The service is through a partnership with wireless carrier Bharti Airtel, offering prepaid subs video streaming for 89 rupees ($1.20) a month after a 30-day free trial. The offer also includes 6 gigabytes of data. Airtel has about 300 million subscribers.

“India is one of our fastest growing territories in the world with very high engagement rates,” Jay Marine, VP of Prime Video Worldwide, said in a statement. “Buoyed by this response, we want to double-down by offering our entertainment content to an even larger base of Indian customers.”