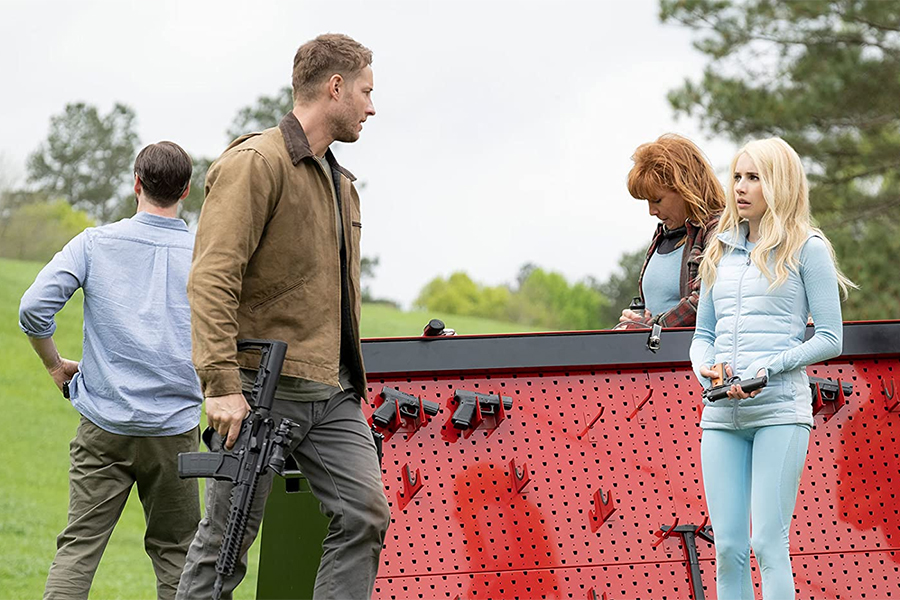 Universal Pictures’ The Hunt remained No. 1 on Redbox’s kiosk disc rental chart the week ended June 21, its second consecutive week in that spot.

For the third consecutive week, the top spot on the Redbox On Demand chart, which tracks digital rental transactions, was Warner’s Just Mercy, a civil rights-themed legal drama that the studio is offering for free via VOD during June to support current social justice movements.

Universal Pictures’ The Invisible Man remained No. 2 on Redbox’s kiosk disc rental chart and rose to No. 2 on the On Demand chart. The Hunt slipped to No. 3 on the digital chart.

The newly released Impractical Jokers: The Movie, from Warner Bros., debuted at No. 3 on the rental chart, which tracks DVD and Blu-ray Disc rentals at the company’s more than 40,000 red kiosks. The film is a big-screen adventure for the team behind the TruTV comedy prank series.

The No. 4 disc rental was Sony Pictures’ Bloodshot, while Disney-owned Fox’s The Call of the Wild was No. 5.

The No. 4 On Demand title was Universal’s Brian Banks, with No. 5 being Universal’s Monsters and Men, a 2018 drama about the police’s relationship with the minority community.