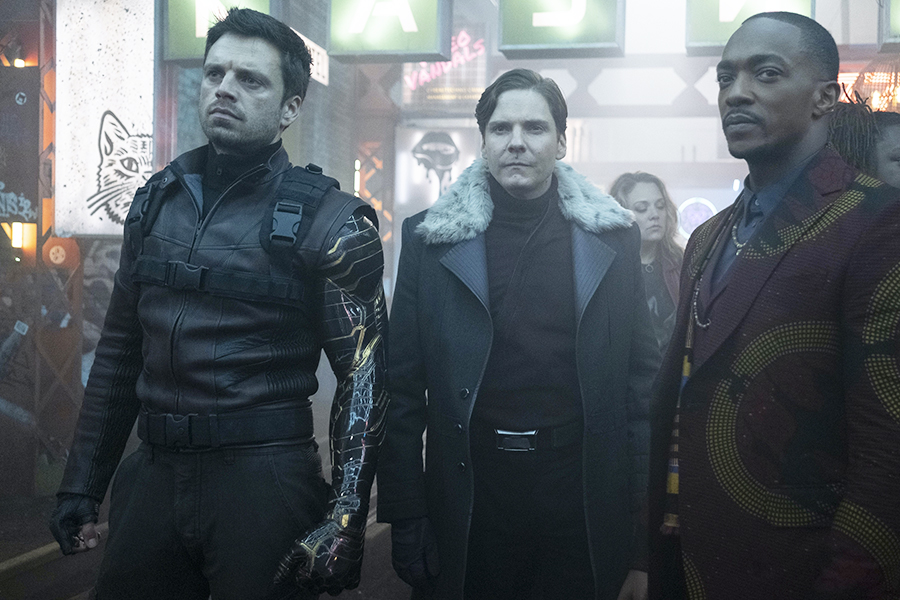 The Disney+ original Marvel Cinematic Universe series “The Falcon and the Winter Soldier” spent a second week at No. 1 on Parrot Analytics’ digital originals U.S. chart the week ended April 24. The week of the show’s finale saw a 0.1% drop in demand expressions, the proprietary metric Parrot uses to gauge a show’s popularity, giving it 43.3 times the demand of an average series. It was No. 6 on Parrot’s list of all TV shows.

The top seven digital originals remained the same and in the same positions as the previous week.

Netflix’s perennially popular “Stranger Things” was No. 2, reaching 42 times average demand after a 3.7% rise in demand expressions. It was No. 7 on Parrot’s list of all TV shows. The slight rise in expressions may be due to star Finn Wolfhard suggesting season four might not be released until 2022.

The Disney+ series “WandaVision,” which ended in early March, was No. 3, registering another 0.6% drop in demand expressions, giving it 39.2 times average demand. It was No. 8 on the list of overall TV shows.

Disney+ had a third show in the top five digital originals with the live-action “Star Wars” series “The Mandalorian,” which held steady at No. 4, garnering 35.1 times the demand of the average show after a 4.2% dip in demand expressions.

Rounding out the top five for the fifth week was Netflix’s “Cobra Kai” with 28.9 times average demand and a 4.7% drop in demand expressions.

No. 6 was the Disney+ animated series “Star Wars: The Clone Wars,” while No. 7 was Netflix’s “The Crown.”

Moving up three spots to No. 8 was Hulu’s “The Handmaid’s Tale,” which had a 13.7% rise in demand expressions as audiences anticipate the April 28 premiere of season four.

Meanwhile, climbing from No. 18 the previous week to No. 9 was the Apple TV+ sports comedy “Ted Lasso, ” which rose 30.3% in demand expressions thanks to a trailer for the show’s second season that bows in July.

The No. 1 overall TV series in terms of online demand was “SpongeBob SquarePants,” with 64.8 times average demand. 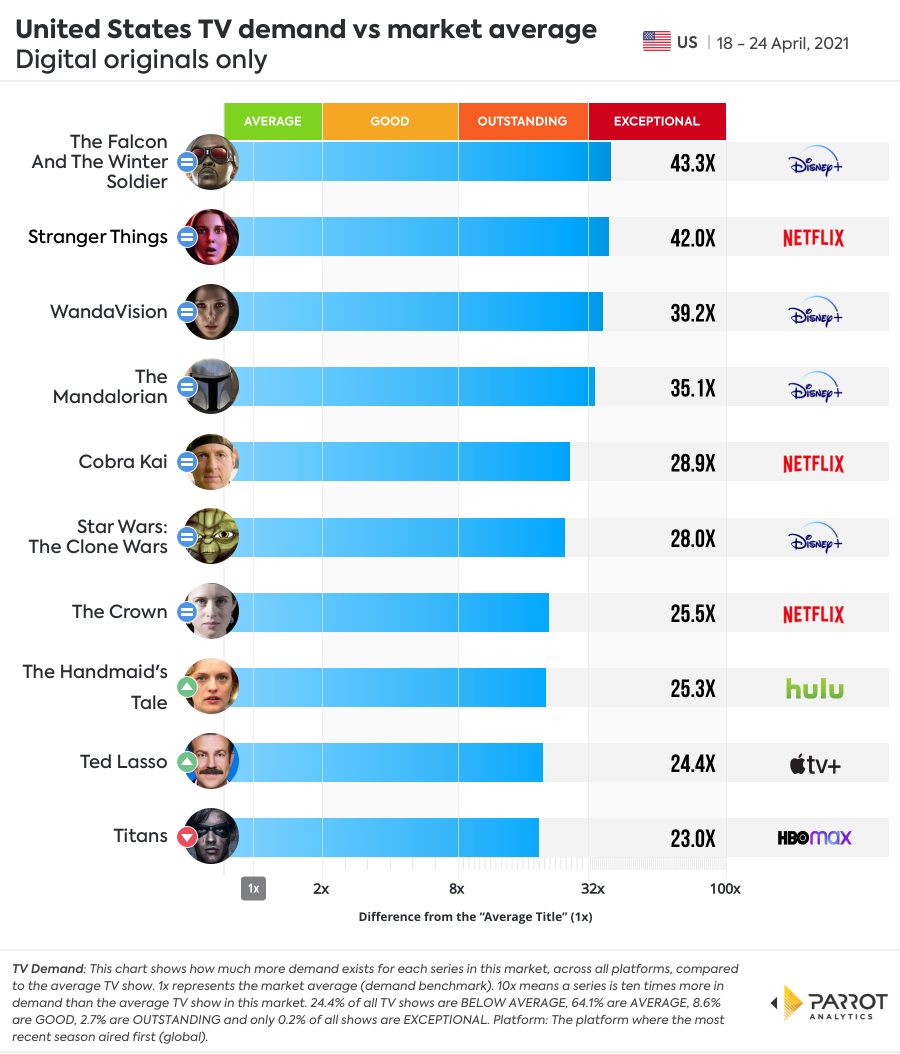