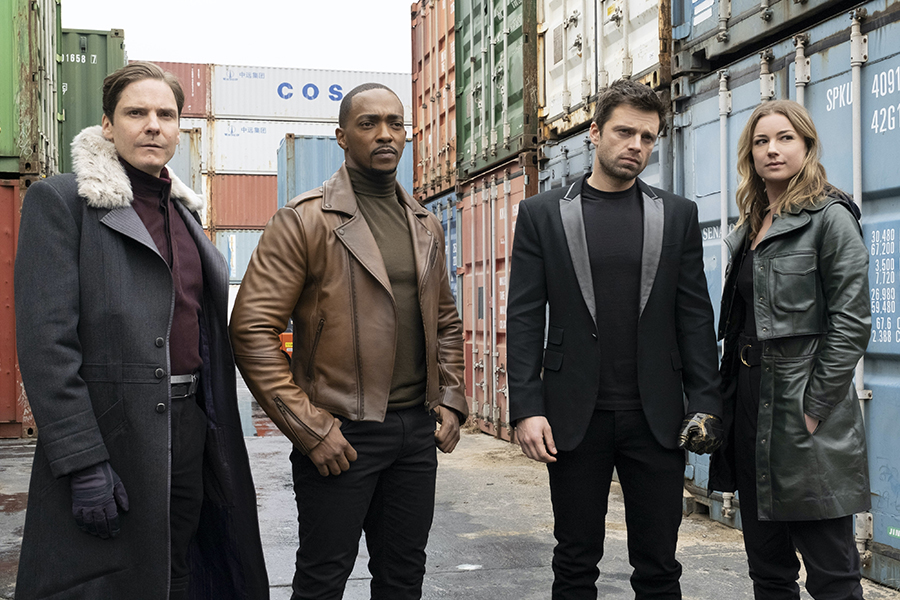 The Disney+ original Marvel Cinematic Universe series “The Falcon and the Winter Soldier” finally reached No. 1 on Parrot Analytics’ digital originals U.S. chart the week ended April 17. The week of the release of its fifth episode, the show had a modest 0.6% gain in demand expressions, the proprietary metric Parrot uses to gauge a show’s popularity, giving it 43.3 times the demand of an average series. It was No. 7 on Parrot’s list of all TV shows. The fifth episode had a noteworthy cameo, and the show should maintain some buzz heading into its sixth and final episode.

Netflix’s perennially popular “Stranger Things” dropped a spot to No. 2, reaching 40.3 times average demand after a 1.9% drop in demand expressions. It was No. 8 on Parrot’s list of all TV shows.

“WandaVision,” the first Disney+ series set in the Marvel Cinematic Universe, slipped to No. 3 after another 2.5% drop in demand expressions, giving it 39.3 times average demand. It was No. 9 on the list of overall TV shows.

Disney+ had a third show in the top five digital originals with the live-action “Star Wars” series “The Mandalorian,” which held steady at No. 4, garnering 36.5 times the demand of the average show after a 1.4% dip in demand expressions.

Rounding out the top five for the fourth week was Netflix’s “Cobra Kai” with 30.2 times average demand and a 3.7% rise in demand expressions.

The death of Prince Philip gave some attention to Netflix’s “The Crown,” which moved up three spots to No. 7 with a 13.9% rise in demand expressions.

HBO Max’s animated “Harley Quinn” series climbed back into the top 10, up four spots to No. 10 thanks to a 6.3% rise in demand expressions.

The No. 1 overall TV series in terms of online demand was “SpongeBob SquarePants,” with 64.4 times average demand. 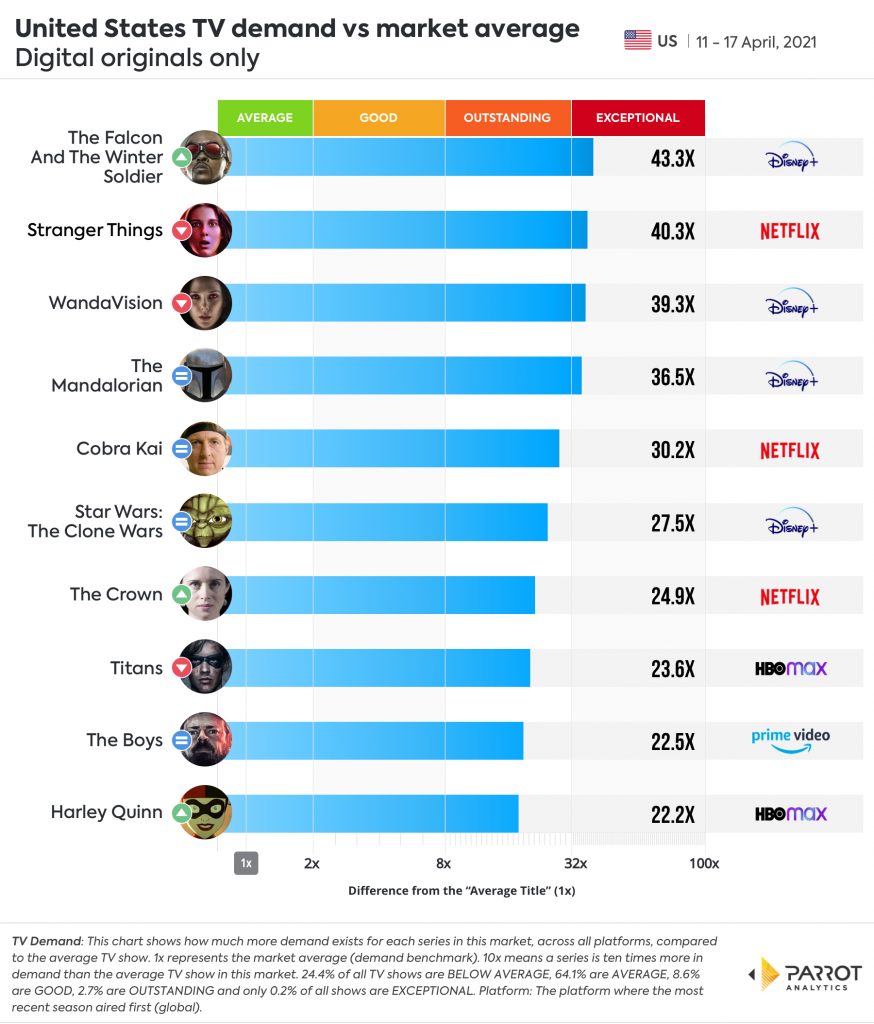