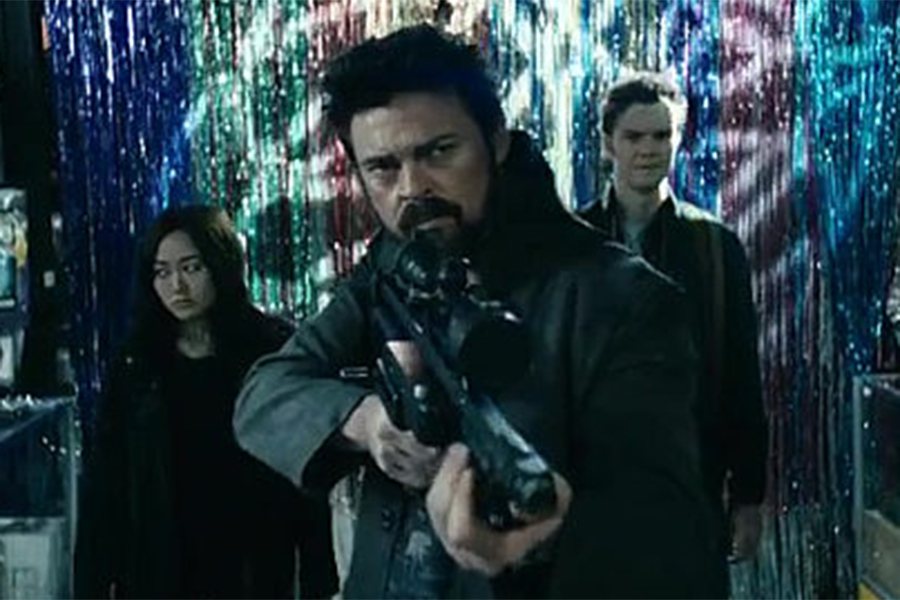 Amazon Prime Video’s “The Boys” remained No. 1 on Parrot Analytics’ digital originals rankings the week ended Oct. 17. Still benefiting from its Oct. 9 season finale, “The Boys” had 71.8 times the demand of the average show, with demand expressions, the proprietary metric Parrot uses to gauge a show’s popularity, up 16.6%.

The Disney+ live-action “Star Wars” series “The Mandalorian” moved up two spots to No. 2. It had 56.3 times the demand of the average show, with demand expressions up 25.7%. The week saw new promotional posters for the upcoming second season, which debuts Oct. 30.

Netflix’s perennially popular “Stranger Things” slipped a spot to No. 3. Demand expressions were down 12.4% to give the show 53.5 times average demand.

“Cobra Kai,” the “Karate Kid” spinoff that was formerly a YouTube Premium original series before moving to Netflix, dropped to No. 4. The show had 47.1 times the demand of the average series, with expressions down 16.5% for the week.

Rounding out the top five was Netflix’s “The Umbrella Academy,” which had 35.4 times average demand after expressions rose 4.9%.

Climbing seven spots to get back into the top 10, at No. 6, was CBS All Access’ “Star Trek: Discovery,” which premiered the first episode of its third season Oct. 15. Demand rose 48.2% to give it 35 times average demand.

Jumping up to No. 8, from No. 21 the week before, was Netflix’s “The Haunting of Hill House,” which saw a 55.1% spike in demand expressions to give it 31.6 times average demand. The boost is likely due to the Oct. 9 release of a follow-up anthology from the same production team, The Haunting of Bly Manor, as well as a general uptick for spooky content during the Halloween season.

The No. 1 overall TV series was “SpongeBob SquarePants,” with 94.3 times average demand. “The Boys” was No. 4 on the overall TV list. 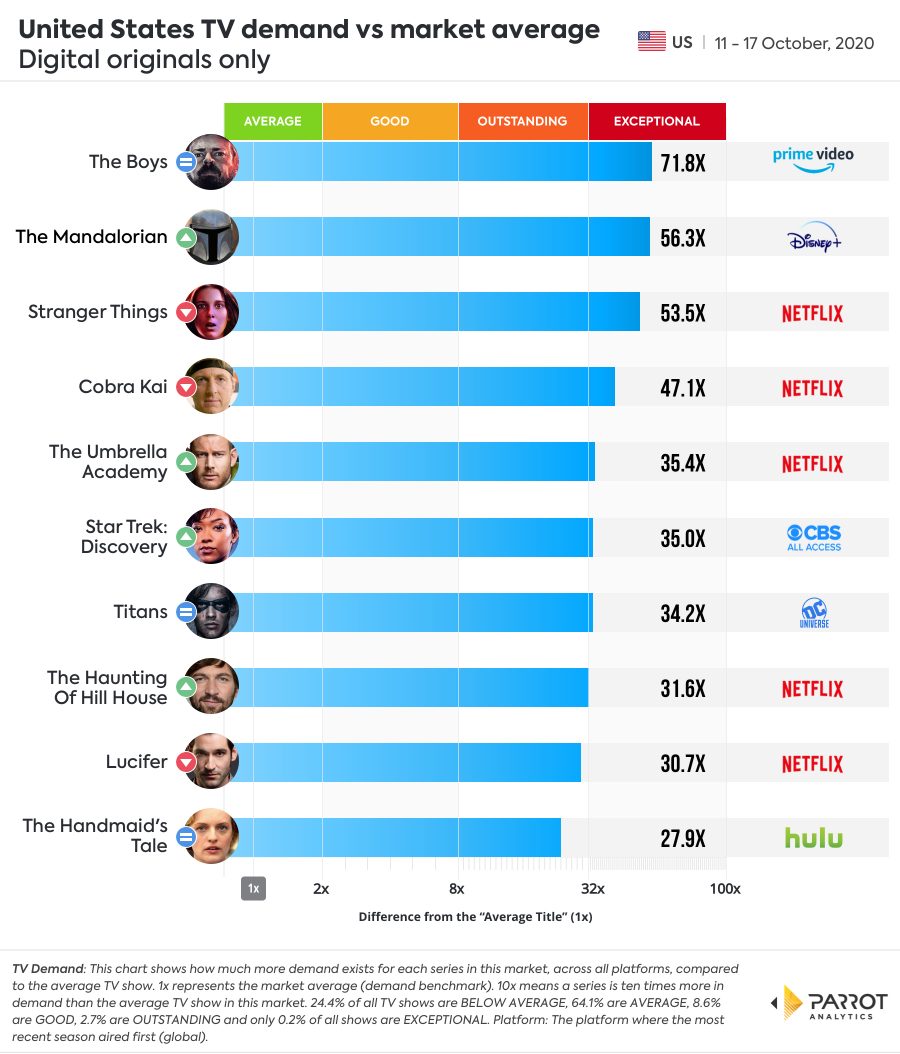