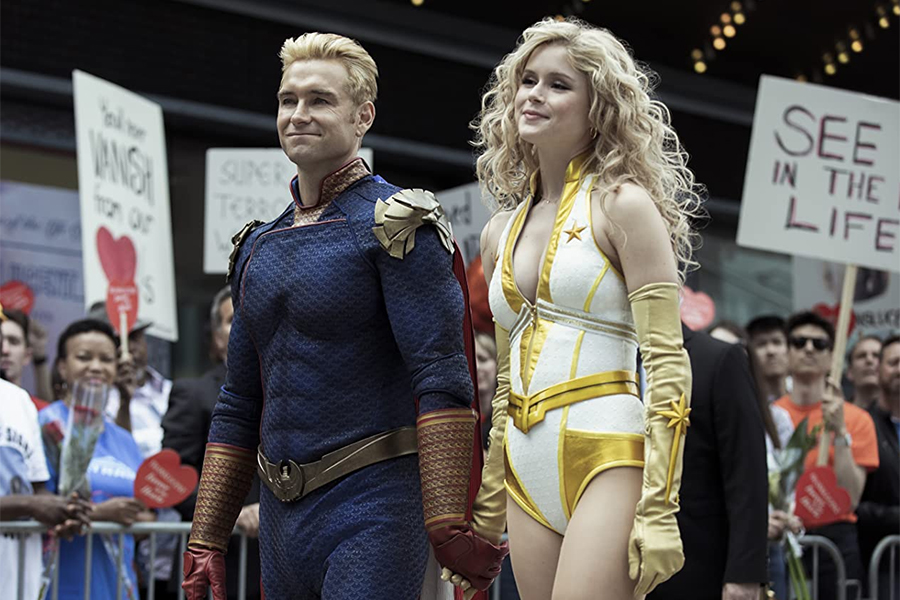 Amazon Prime Video’s “The Boys” took over the No. 1 spot on Parrot Analytics’ digital originals rankings the week ended Oct. 10. The debut of the finale of the second season Oct. 9 bumped “The Boys” up from the third spot a week earlier, giving it 62.5 times the demand of the average show, with demand expressions, the proprietary metric Parrot uses to gauge a show’s popularity, up 19.3%.

Netflix’s perennially popular “Stranger Things” slipped a spot to No. 2. Demand expressions were down 4% to give the show 62 times average demand.

“Cobra Kai,” the “Karate Kid” spinoff that was formerly a YouTube Premium original series before moving to Netflix, dropped to No. 3. The show had 57.3 times the demand of the average series, with expressions up 5% for the week.

The Disney+ live-action “Star Wars” series “The Mandalorian” stayed at No. 4. It had 45.5 times the demand of the average show, with demand expressions down 2.9%.

Netflix’s “Lucifer” rose two spots to No. 5, with expressions dropping 0.14% to give the show 35 times average demand.

The No. 1 overall TV series was “SpongeBob SquarePants,” with 88.5 times average demand. “The Boys” was No. 7 on the overall TV list. 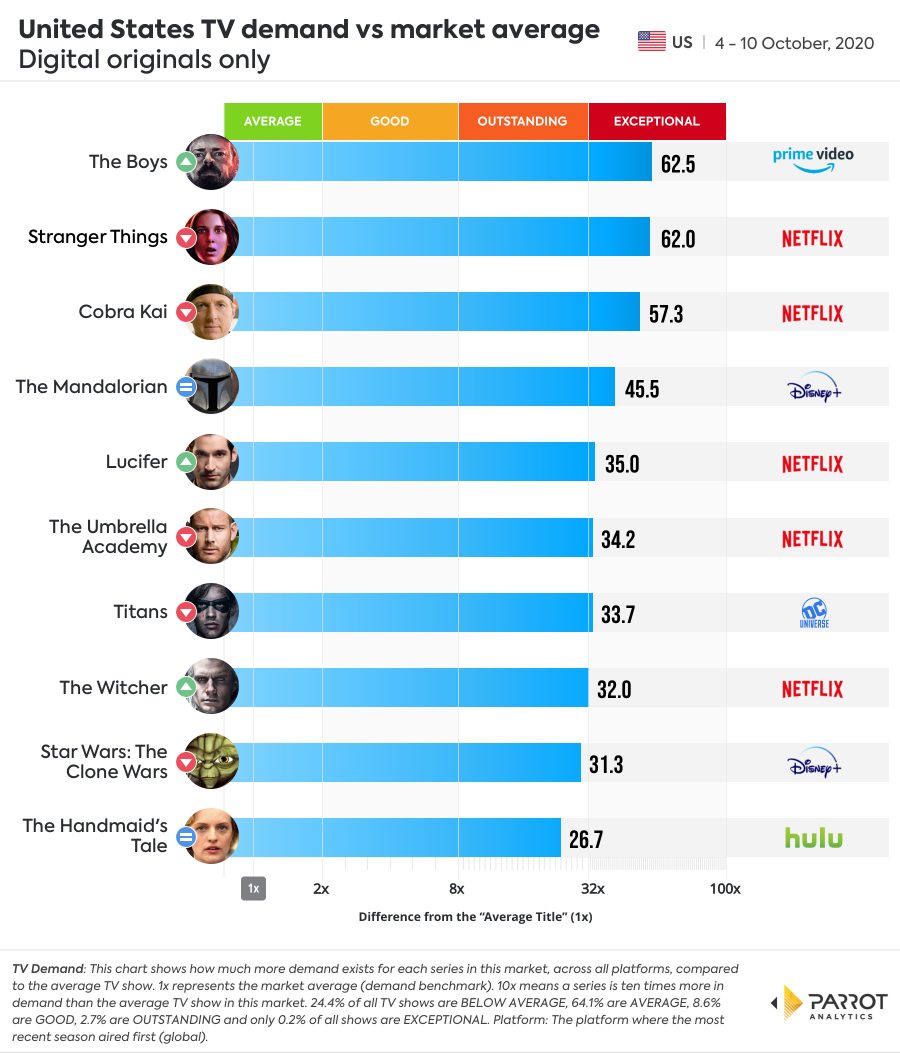