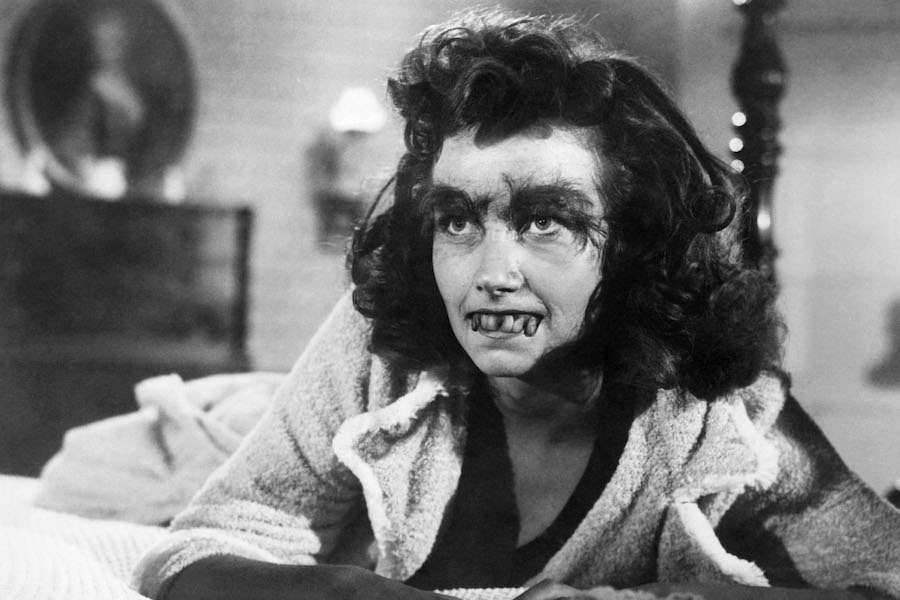 Special editions of the film noir classic The Amazing Mr. X (1948) and the 1950s cult classic Frankenstein’s Daughter (1958) will come out on Blu-ray and DVD in October from Cinedigm’s classic streaming network and film archive, The Film Detective. 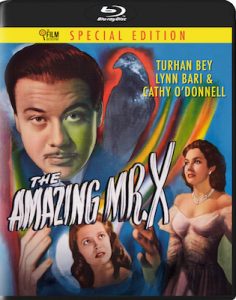 Due Oct. 5 is The Amazing Mr. X, which stars Turhan Bey as Alexis, a mystery man who claims to communicate with spirits. Appearing on the beach one night, Alexis easily charms a depressed widow (Lynn Bari) and her sister (Cathy O’Donnell). The sly Alexis makes a living by separating gullible people from their money, but before this tale is over, he will learn that the living are far more dangerous than the dead.

The film has undergone a 4K restoration from original 35mm film elements.

Special features include audio commentary from professor and film scholar Jason A. Ney; a full-color booklet with the essay “The Amazing Mr. Bey” by Don Stradley; and “Mysteries Exposed: Inside the Cinematic World of Spiritualism,” an original documentary from Ballyhoo Motion Pictures.

The Film Detective is also offering an exclusive opportunity to own the film with The Amazing Mr. X NFT (non-fungible token) auction, live on Rad. The winner of the auction will receive an exclusive physical framed lithograph of the movie poster, two Blu-ray copies of The Amazing Mr. X and NFT tokenized access to view the movie on Rad. The auction is currently available and will close on Oct. 4. 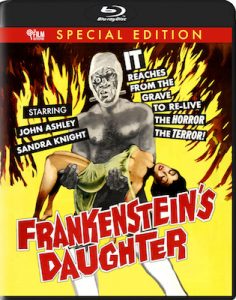 Due Oct. 19 is Frankenstein’s Daughter, which finds Dr. Oliver Frank (Donald Murphy) carrying on the legacy of his late grandfather, the notorious Dr. Frankenstein, by building his own hulking beast with the transplanted brain of a beautiful, young woman. Bringing a fresh twist to Frankenstein films, Frankenstein’s Daughter takes place in ”modern” Los Angeles, where — despite news reports of a female monster menacing the neighborhood — nothing stops the local sun-soaked teenagers from partying poolside.

This special-edition release marks the latest in a series of collaborations between The Film Detective and The Wade Williams Collection. Restorations of Flight to Mars (1951), Giant From the Unknown (1958) and The Other Side of Madness (1971) have also been released recently on special-edition Blu-ray and DVD.

Special features include an audio commentary track with author and historian Tom Weaver; a full color booklet with an original essay by Weaver; “Richard E. Cunha: Filmmaker of the Unknown,: a new retrospective from Ballyhoo Motion Pictures, featuring an archival interview with the famed director; and “John Ashley: Man from the B’s,” a new career retrospective featuring film historian C. Courtney Joyner.