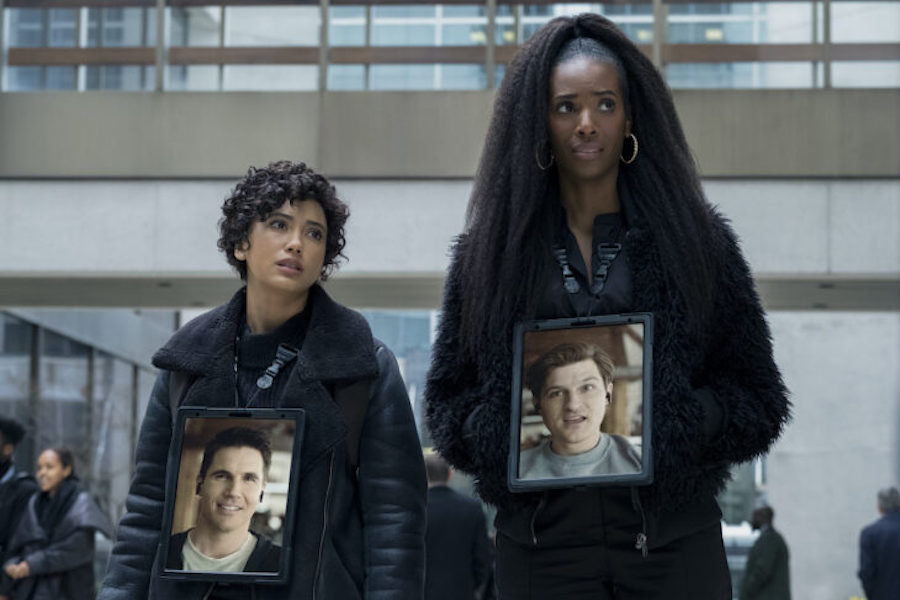 “Upload,” season two of which premiered March 11, is a science-fiction series set in a future in which people can upload themselves into a virtual afterlife of their choosing.

The Adam Project, released on Netflix March 11, is a science-fiction action film starring Ryan Reynolds, Mark Ruffalo and Jennifer Garner. It follows a man who travels through time and meets his younger self.

Landing at No. 2 on the streaming originals chart was “The Marvelous Mrs. Maisel,” season four of which started streaming Feb. 17. Set in the late 1950s and early 1960s, it stars Rachel Brosnahan as a New York housewife who discovers she has a talent for stand-up comedy.

Taking the bronze on the streaming originals chart was “The Last Kingdom,” season five of which began streaming on Netflix March 9. It’s a British historical fiction series based on Bernard Cornwall’s novels.

Landing at No. 2 on the streaming movies chart was Turning Red, the latest Pixar animated feature, which started streaming on Disney+ March 11. It follows Mei Lee, a 13-year-old torn between staying her mother’s dutiful daughter and the chaos of adolescence. As if changes to her interests, relationships and body aren’t enough, whenever she gets too excited, she “poofs” into a giant red panda.

In the No. 3 spot on the streaming movies chart was Paramount Pictures’ new Scream. The 2022 horror flick relaunch, available on Paramount+ after a theatrical run, reunites Neve Campbell, Courteney Cox and David Arquette, reprising their roles. The story takes place 25 years after a streak of brutal murders shocked the quiet town of Woodsboro as a terrifying new killer resurrects the Ghostface mask. As the deaths mount, Woodsboro’s new targets must seek help from the survivors of the original attacks.