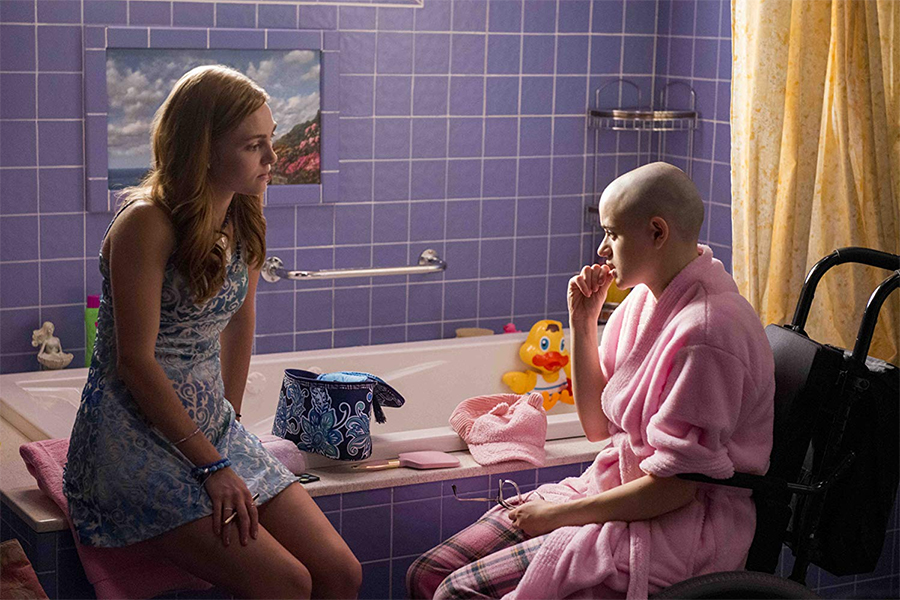 A pivotal episode of the Hulu’s “The Act” propelled the true crime drama to the top spot on Parrot Analytics’ digital originals chart for the week ended April 20.

“The Act,” which bowed its sixth of eight episodes during the week, registered 43.4 million average daily Demand Expressions, the proprietary metric used by Parrot Analytics to measure global demand for TV content. That was up 25% from the previous week, when it was No. 3 on the chart.

Netflix’s “Chilling Adventures of Sabrina,” which bowed the entirety of its latest batch of episodes April 5, slipped to No. 2 for the week with a 20.6% decline in expressions to 42.5 million.

The April 18 season finale of “Star Trek: Discovery” helped to bump the CBS All Access series to No. 3 with 33.2 million expressions, up 10%. The sci-fi series, which has been renewed for a third season after some major changes to its premise, was No. 9 a week before.

YouTube Premium’s “Cobra Kai” jumped from No. 10 the previous week to No. 6, though its expressions dipped 2% to 29.4 million. The second season of the “Karate Kid” spinoff debuts April 24.

“The Twilight Zone,” another venerable franchise being restarted on CBS All Access, rose to No. 8 for the week, from N0. 11 a week earlier. Its expressions dropped 7.6% to 27.1 million.

The biggest jump on the chart came from a show with an eclectic distribution history, “Star Wars: The Clone Wars.” The animated series originally aired for five seasons on Cartoon Network from 2008 to 2013, but was canceled after Disney bought Lucasfilm. A sixth season of episodes that were complete at the time of its cancellation debuted on Netflix in 2014, making it eligible for digital originals tracking. A seventh season will debut on the new Disney+ streaming service this fall, and was previewed during a Disney investor presentation April 11 and at Star Wars Celebration in Chicago April 11-15. The publicity helped push the show from No. 28 to No. 10 on the originals chart, with an 86% bump in expressions to 23.3 million. 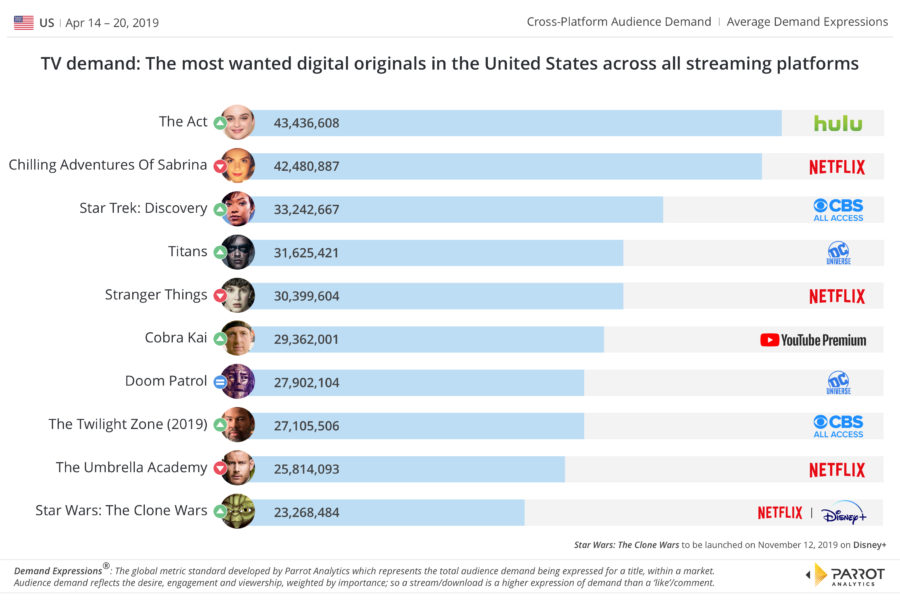