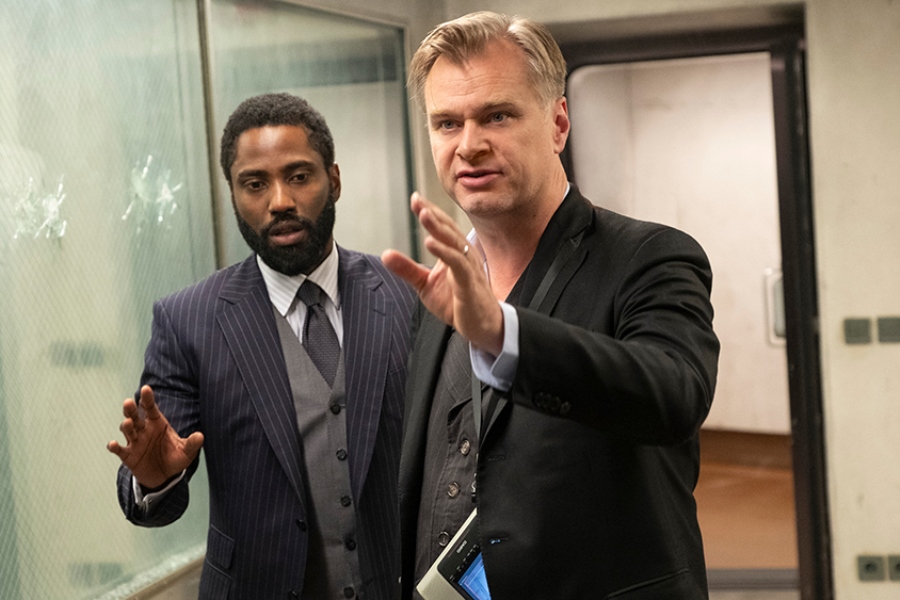 John David Washington and Christopher Nolan on the set of Tenet