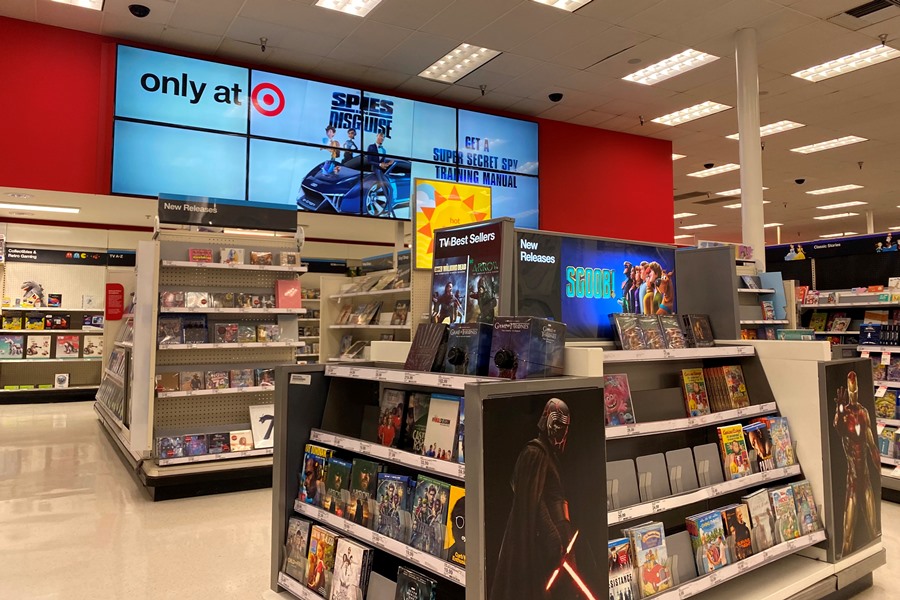 The Minneapolis-based retailer attributed the fiscal rise to continuation of heightened sales volume and significant household investments in response to the COVID-19 pandemic.

Target, along with Walmart and Best Buy, is one of the largest sellers of packaged media, including DVD, Blu-ray Disc and 4K UHD Blu-ray. While online sales grew 195% in the quarter, in-store sales drove nearly 90% of the company’s quarterly revenue.

“Our stores were the key to this unprecedented growth, with in-store comp sales growing 10.9% and stores enabling more than three-quarters of Target’s digital sales,” CEO Brian Cornell said in a statement. “We remain steadfast in our focus on investing in a safe and convenient shopping experience for our guests, and their trust has resulted in market share gains of $5 billion in the first six months of the year. We are well-equipped to navigate the ongoing challenges of the pandemic, and continue to grow profitably in the years ahead.”