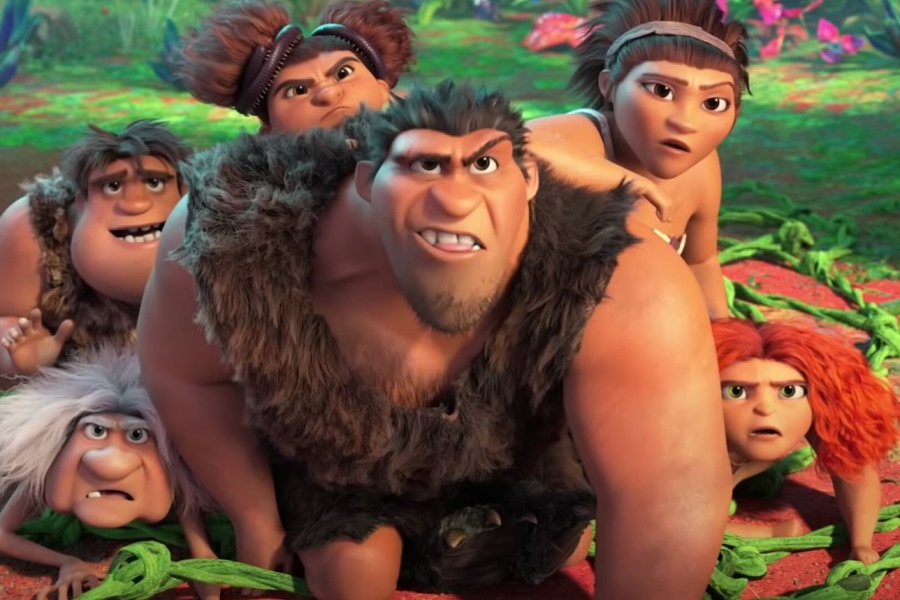 DreamWorks Animation’s The Croods: A New Age returned to the top spot on the weekly “Watched at Home” chart the week ended Feb. 27 thanks to its Feb. 23 release on Blu-ray Disc, DVD and 4K Ultra HD Blu-ray.

The film, distributed by Universal Pictures, was previously No. 1 the week ended Feb. 13 following its digital sellthrough release Feb. 9, then slipped to No. 2 the next week. A computer-animated sequel to 2013’s The Croods, A New Age has earned $52.6 million at the domestic box office. It features the voices of Nicolas Cage, Emma Stone, Ryan Reynolds and Peter Dinklage, and deals with the caveman Crood family encountering the more civilized Bettermans.

The movie that displaced A New Age the week ended Feb. 20, STX Films’ Greenland, released on Blu-ray and DVD Feb. 9 by Universal Pictures Home Entertainment, dropped back to No. 2 on the Watched at Home chart, which tracks transactional video activity (both digital and on DVD and Blu-ray Disc, but not premium VOD or disc rental) compiled from studio and retailer data and presented by DEG: The Digital Entertainment Group. The film stars Gerard Butler as a man trying to get his family to a military shelter after comets threaten life on Earth.

Sony Pictures’ video game adaptation Monster Hunter remained No. 3. Based on the video game franchise of the same name, the film stars Milla Jovovich as Capt. Artemis, whose unit is caught in a sandstorm that transports them to a world ruled by dangerous and monsters. As they fight to survive, they encounter the mysterious Hunter (Tony Jaa), whose unique skills allow him to stay one step ahead of the powerful creatures.

Rounding out the top five were Universal’s Freaky at No. 4 and Warner’s Tenet at No. 5.

The week’s top newcomer, at No. 6, was Lionsgate’s reboot of Wrong Turn, released on Blu-ray and DVD Feb. 23. The new version, in which a group of friends hiking the Appalachian Trail wander off course and enter the land of the deadly mountain dwellers of The Foudnation, stars Charlotte Vega, Emma Dumont, Charlotte Vega, Daisy Head, Matthew Modine and Bill Sage.

Sony Pictures’ 2017 Marvel Cinematic Universe entry Spider-Man: Homecoming made its way onto the list for the first time at No. 17, fueled by news that new franchise installment Spider-Man: No Way Home will arrive on Christmas.

Warner’s Scooby-Doo! The Sword and the Scoob debuted at No. 18 following its Feb. 23 release on DVD. The latest direct-to-video animated “Scooby-Doo!” adventure finds the Mystery Inc. gang transported to Camelot during the Middle Ages, where they meet King Arthur and the Knights of the Round Table. When an evil sorceress tries to seize power, King Arthur turns to the super-sleuth team for help to save his throne.