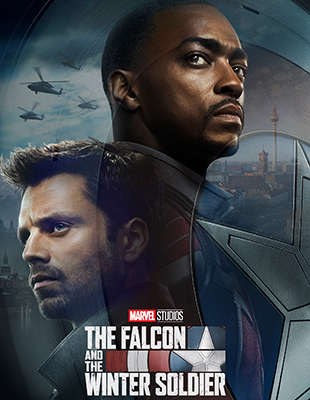 While the Marvel Cinematic Universe has earned a reputation for excellence when it comes to superhero entertainment in general, the “Captain America” movies in particular have emerged as the best sub-franchise within it.

Indeed, within the vast expanse of the MCU, the “Captain America” trilogy has been the most consistent in elevating the source material into something more than mere spectacle, infusing common themes of duty, honor and loyalty into complex political allegories with deeper meaning than most comic book movies, while also serving as fantastic action thrillers in their own right.

The story of Captain America, of course, continued beyond just the movies that bore his name, with Steve Rogers growing from a skinny kid in Brooklyn to the ultimate soldier in World War II to a man frozen in time, parlaying his values into becoming the leader of the Avengers.

Along the way, two of Steve’s allies would stand out above the rest. First was his childhood best friend, Bucky Barnes, who would seemingly die in WWII, only to return as a super soldier, like Steve, but brainwashed into aiding the forces of evil. Rescuing Bucky from his curse as the Winter Soldier became one of Steve’s primary goals, particularly in 2016’s Captain America: Civil War.

Steve’s best friend in modern times was Sam Wilson, the unassuming former soldier who had settled into a life counseling veterans suffering from PTSD before finding himself joining Steve’s fight in 2014’s Captain America: Winter Soldier. By the end of 2019’s Avengers: Endgame, Steve was ready to retire, and chose to pass on his famous shield to Sam.

Set several months after the events of Endgame, the show reveals that Sam (Anthony Mackie) has decided he’s not worthy of taking on the mantle of Captain America, preferring to carry on as the Falcon, taking on various missions for the U.S. government. Instead, he donates the shield to the Smithsonian, believing it will inspire more as a symbol.

Bucky (Sebastian Stan), now freed of the programming that forced him to be an assassin, spends his time trying to make amends his victims and their families.

Their reality is soon shattered on two fronts. First, the U.S. government appoints a new Captain America, John Walker (Wyatt Russell), and gives him the shield. Second, efforts to rebuild world governments in the wake of Thanos’ attack in Avengers: Infinity War and Endgame are threatened by a growing political movement called the Flag Smashers, who are stealing medicine and other resources and seem to have access to new sources of super soldier serum.

And so, Bucky, upset at Sam for turning down the mantle of Captain America, reunites with him to learn the secrets of the Flag Smashers and contain the serum. Along the way, the duo reluctantly crosses paths with Walker, who is after the same thing but not as understanding as what it means to be Captain America as Sam and Bucky would like.

This sets off a globetrotting adventure that brings back a number of characters from the “Captain America” movies, and offers a few surprise cameos, while also touching on a number of political themes relevant to today.

This is a much different show than the previous MCU Disney+ entry, WandaVision, which was much more of a mystery box gimmick. The Falcon and the Winter Soldier plays like a more conventional action drama, though very much in the tone of Captain America: Winter Soldier, itself among the very best of the MCU movies. Also, where WandaVision was more about exploring some of the minor characters from all over the MCU, TFATWS is very much playing in the “Captain America” sandbox. It even brings back Henry Jackman to do the music, and using the same character themes from the movies only enriches the show’s feeling as the continuation of an epic “Captain America” story.

Sam and Bucky, often paired together while working with Steve, are now forced to carry on without that binding element, and the show often feels like a fun buddy cop movie with their clashing personalities and styles. The underlying subtext, of course, is why Sam shied away from taking on Steve’s mantle, and the show is not afraid to dive into the question of what it means for a black man to serve as Captain America. But it also ably demonstrates why Steve thought Sam was the perfect choice to do it.

The Falcon and the Winter Soldier, while presented as six hourlong episodes, when binged plays like an epic movie that will leave Captain America fans cheering for the continuing adventures of these characters.