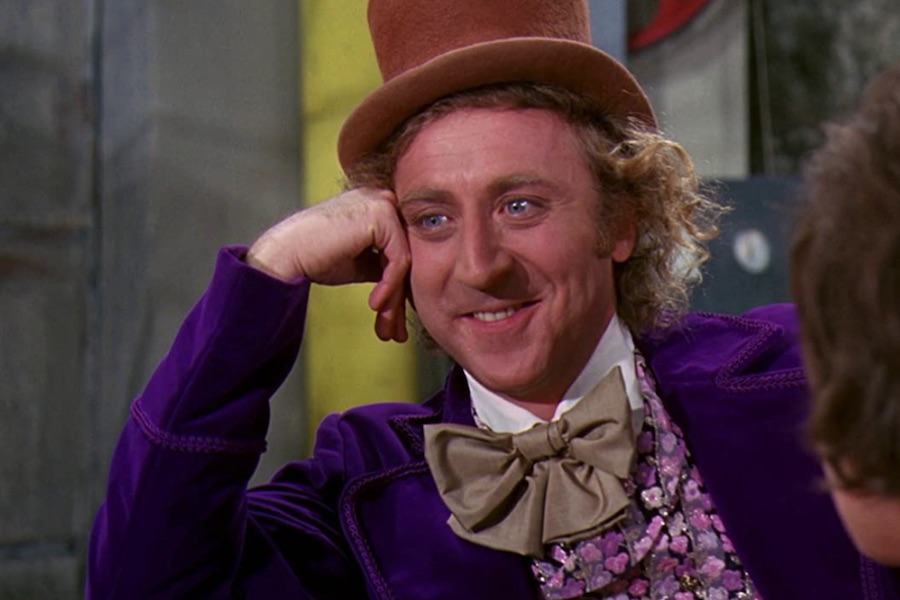 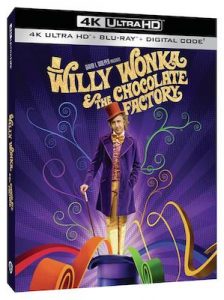 The new 4K edition marks the 50th anniversary of the musical fantasy film, an adaptation of Roald Dahl’s 1964 novel Charlie and the Chocolate Factory.  Willy Wonka stars Gene Wilder as the title character, an eccentric chocolate factory owner who stages a contest to hide golden tickets in his candy bars with the prize being a tour of his factory.

The revenge heist film Wrath of Man becomes available for digital purchase June 29 from MGM. Director Guy Ritchie teams up with Jason Statham for the fourth time for a story about a mysterious security guard out to settle a score. Warner Bros. Home Entertainment will release it on Blu-ray and DVD July 13.

Saudi Arabian filmmaker Haifaa Al Mansour explores the changing roles of women in Saudi Arabia in The Perfect Candidate, which arrives on DVD and VOD June 29 from Music Box Films. The film follows a young female doctor (Mila Alzahraniwho) who runs as her town’s first female candidate for city council after she is denied from flying to Dubai for a conference without a male guardian’s approval. She seeks help from a politically connected cousin but inadvertently registers as a candidate for the municipal election, then takes on the challenge hoping fix the muddy road in front of her clinic. However, her creative and ambitious campaign soon garners broader appeal, becoming a symbol for a larger movement.

The drama Percy vs. Goliath comes out on DVD June 29 from Paramount Home Entertainment and Saban Films. It is already available for digital purchase and on demand. Christopher Walken, Zach Braff and Christina Ricci star in this true story of a small-town farmer taking on one of the largest agricultural and food manufacturing corporations. Percy Schmeiser (Walken), a third-generation farmer, is sued by a corporate giant for allegedly using their patented seeds. With little resources to fight the giant legal battle, Percy joins forces with up-and-coming attorney Jackson Weaver (Braff) and environmental activist Rebecca Salcau (Ricci) to fight one of the most monumental cases all the way up to the Supreme Court.

Paramount and Saban also release Wildcat on DVD June 29. The film is now available on demand and for digital purchase. Written and directed by Jonathan W. Stokes, the thriller focuses on an ambitious reporter (Georgina Campbell) stationed in the Middle East who is taken captive after a militant group ambushes her convoy. Convinced that the young woman is hiding her true identity, they’ll stop at nothing to extract information crucial to the success of their upcoming terrorist attack. With time running out, she must find a way to survive and turn the tables on her assailants.

The Irish drama Here Are the Young Men, featuring Golden Globe winner Anya Taylor-Joy (“The Queen’s Gambit”), arrives on Blu-ray and DVD June 29 from Well Go USA Entertainment. It is already available for digital purchase. Based on the novel by Rob Doyle, the coming-of-age story catalogs the last hurrah of three high school graduates intent on celebrating their newfound freedom with an epic, debaucherous bender. However, when a horrible accident sends them spiraling, the trio must grapple with the most daunting challenge of their lives: facing their own inner demons.

Warner Bros. Home Entertainment June 29 releases the digital sellthrough edition of A Cinderella Story: Starstruck. The six entry in the “Cinderella Story” anthology series is set in Dreary, Idaho, where small-town farmgirl Finley (Bailee Madison) longs to spread her wings and soar as an aspiring performer. When a Hollywood film crew arrives in her sleepy town, she is determined to land a role in the production and capture the attention of handsome lead actor Jackson Stone (Evans Behling). Unfortunately, a botched audition forces her to change course. Now, disguised as cowboy “Huck,” Finley finally gets her big break, but has to keep the charade a secret from her evil stepmother (April Telek) and devious step-siblings (Lillian Doucet-Roche and Richard Harmon). The DVD is due July 13.

Just a Gigolo June 29 makes its debut on Blu-ray Disc from Shout! Factory. It is also being released on DVD, digital purchase and VOD. The celebrated 1978 film stars David Bowie as a young Prussian war hero turned gigolo after his return from World War I in Berlin.

Arrow Video June 29 releases a new Blu-ray edition of 1965’s Major Dundee from director Sam Peckinpah. Charlton Heston stars as Major Amos Dundee, a vainglorious Union Cavalry officer, who mounts an expedition to hunt down Apache war chief Sierra Charriba. Building his own army of criminals, ex-slaves and Confederate POWs — among them one Captain Ben Tyreen (Richard Harris), whose intense former friendship with Dundee is tainted with a sense of betrayal on both sides — Dundee heads into Mexico, his eye fixed firmly on a last shot at greatness.

Comedy Central and Paramount Home Entertainment June 29 releases Drunk History: The Complete Series on DVD. “Drunk History,” which aired on Comedy Central from 2013 to 2019 and is based on the Funny or Die Web series, follows host Derek Waters and his group of inebriated guest stars as they travel through different U.S. cities while attempting to tell stories and re-enacting famous events in history. The new DVD set marks the first disc release of the fifth and sixth seasons. Guest stars include Octavia Spencer, Laura Dern, Ryan Gosling, Maya Rudolph, Lin Manuel Miranda and more.

Later this week, the thriller Those Who Wish Me Dead arrives for early premium digital ownership and rental Friday, July 2. The film is directed by Oscar nominee Taylor Sheridan and stars Oscar winner Angelina Jolie and Nicholas Hoult. Jolie stars as Hannah, a smoke jumper reeling from the loss of three young lives she failed to save from a fire. When she comes across a bloodied and traumatized 12-year-old boy, the two set out together to cross miles of thick forest. Braving deadly lightning storms that challenge even Hannah’s well-honed survival skills, they’re unaware of the true dangers they face as they’re hunted by two killers while a massive fiery blaze heads straight for them. It arrives on Blu-ray and DVD Aug. 3.