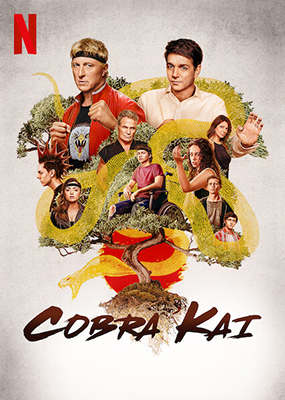 With its third season, “Cobra Kai” continues to deliver everything a “Karate Kid” fan could hope for, and more.

With the confidence of two hugely popular seasons behind them, and a fresh move to Netflix, the show’s creators have taken the deepest dive yet into the franchise’s history, revisiting beloved characters while continuing to build upon the storylines for its new generation of characters.

The show even finds time to poke fun at itself and the admittedly goofy premise that enough high school kids nowadays would be into karate that worrying about the casual violence of roving karate gangs becomes a necessary issue of local civic leaders and school board members.

The season picks up in the aftermath of last season’s all-out brawl between the students of the Cobra Kai dojo trained by Johnny Lawrence (William Zabka) and those of Miyagi-Do trained by Daniel LaRusso (Ralph Macchio), the two rivals from the 1984 original The Karate Kid.

With his ace student, Miguel (Xolo Maridueña), seriously injured and in the hospital, Johnny questions the “No Mercy” underpinnings of the Cobra Kai way just as his former sensei, John Kreese (Martin Kove), outmaneuvers him for control of the dojo.

Meanwhile, Daniel travels to Japan, setting of the second “Karate Kid” movie, in hopes of saving his car dealership, and learns valuable life lessons from some old friends.

The season also delves into Kreese’s backstory, derived mostly from the third movie, showing flashbacks to his time in Vietnam when he first embraced the ruthlessness he has been preaching ever since.

The result is a delicious 10-episode meal of nostalgia. I suppose one doesn’t have to have seen the “Karate Kid” movies to enjoy the show, but familiarity with them will certainly make one appreciate it more, particularly in the final two episodes and the return of the one character who could possibly put Johnny and Daniel’s feud into the proper perspective, and put both of them in their place.

Looking at the structure of the storylines, the creators seem to be taking almost as much influence from professional wrestling as they are “Karate Kid” movies, with characters forming factions, teaming up and switching allegiances to set up the next big pay-per-view-style confrontation.

The battlelines drawn in season three provide the set-up for what should be an explosive fourth season with the All-Valley championship on the line.

To coincide with the Jan. 1 premiere of all episodes of the third season, Netflix has bowed a new half-hour interview/sketch-comedy show called “The Netflix Afterparty,” hosted by David Spade. The first episode features cast-members from “Cobra Kai” discussing the new season. 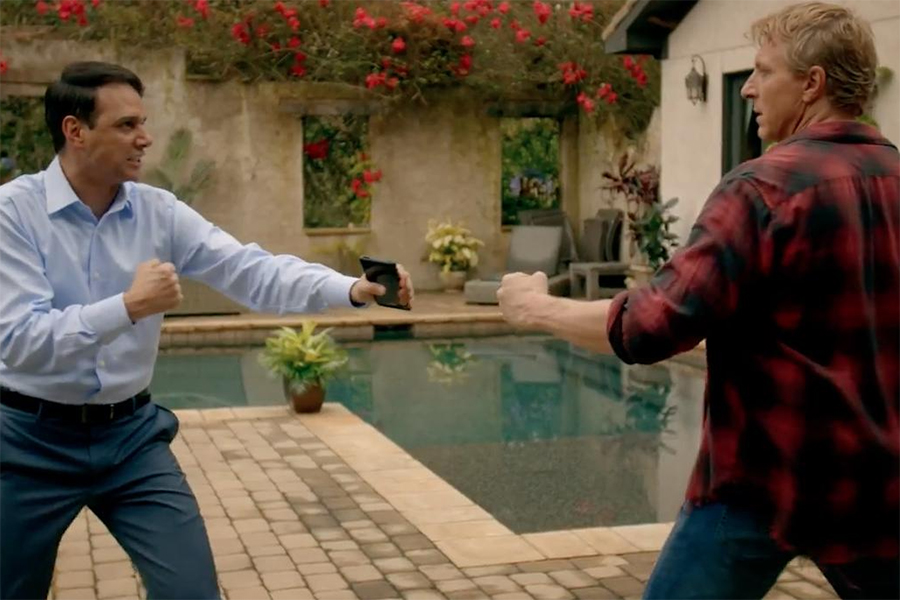 The Karate Kid sequel series “Cobra Kai” has found a new home in Netflix, which will present the third season of the digital original show. The first two seasons, which were presented in 2018 and 2019 by the YouTube Premium streaming service, also will be available on Netflix later this year.

The show, produced by Sony Pictures Television, is a continuation of the “Karate Kid” franchise that began in 1984 and spawned three sequels and a remake. The show is set 35 years after the All Valley Karate Tournament that saw Daniel LaRusso (Ralph Macchio) defeat Johnny Lawrence (William Zabka), and finds down-on-his-luck Johnny seeking redemption by reopening the infamous Cobra Kai karate dojo. The raises the ire of Daniel, who now runs a successful car dealership but struggles to maintain balance in his life without the guidance of Mr. Miyagi.

Their conflict carries over into a new generation of students, including Daniel’s teenage daughter and Johnny’s estranged teenage son. Further complicating events is the return of Johnny’s former sensei, John Kreese (Martin Kove), who seeks to restore Cobra Kai to its former glory just as Johnny begins to regret the dojo’s ruthless legacy of victory at all costs.

“The appeal of the ‘Karate Kid’ saga is timeless, and ‘Cobra Kai’ picks up right where it left off without missing a beat. The rivalry between Daniel and Johnny is one for the ages, and the show has a ton of heart and is a lot of fun,” Brian Wright, VP of original series at Netflix, said in a statement. “We can’t wait to introduce a new generation of fans to Cobra Kai and are thrilled to be its new home around the world.”

“Making Cobra Kai has been a dream come true for us since day one,” Heald, Hurwitz and Schlossberg said in a statement. “We are thankful for the tireless dedication of Jeff Frost, Chris Parnell, Jason Clodfelter, Karen Tatevosian, and all our partners at Sony for finding us a new home where we can not only continue the series, but also explore opportunities to further expand the ‘Karate Kid’ universe. We are beyond excited to join our new partners at Netflix and look forward to the show reaching the massive global audience who loves this franchise as much as we do.”

The first two seasons of the show are also available on DVD from Sony Pictures Home Entertainment. 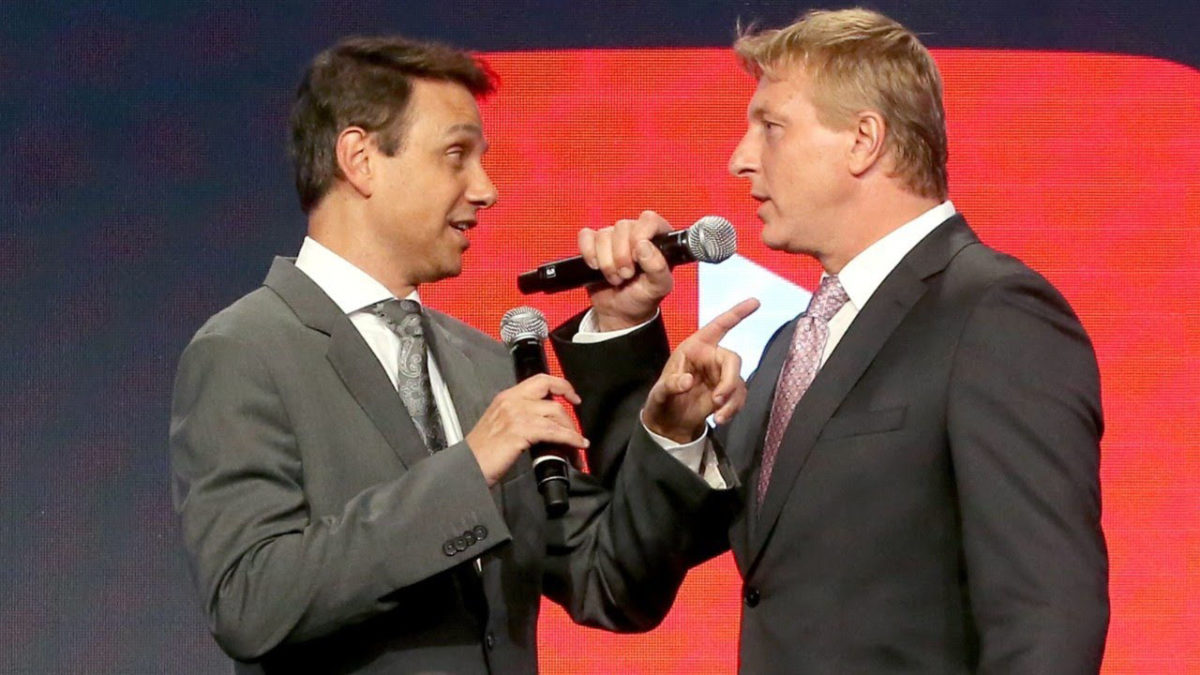