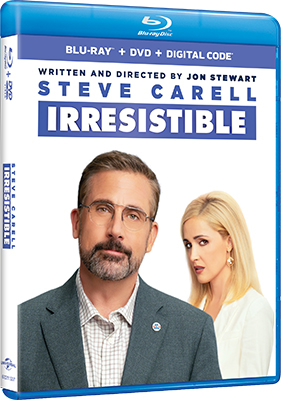 Comedian Jon Stewart returns to familiar ground from his “Daily Show” days with a biting political satire that takes aim at electioneering in America.

Stewart also reunites with his old “Daily Show” cohort Steve Carell, who plays Gary, a Democrat political operative on the outs following the 2016 presidential election. In an attempt to get back into the party’s good graces, he takes on the challenge of convincing a farmer and former Marine colonel named Jack (Chris Cooper) to run for mayor as a Democrat in a traditional Midwestern town, hoping a win will serve as a template for bringing a progressive message to other red states.

His involvement, however, attracts the attention of his opposite number from the Republican Party, Faith (Rose Byrne), who swoops into town to make sure the incumbent mayor keeps his seat.

The race quickly descends into a microcosm of a national campaign, with major party donors throwing big bucks at the candidates, allowing Stewart to throw shade at nearly all the tropes of an American election he made fun of for years on Comedy Central, from endless fundraising to disingenuous pandering to media manipulation. In keeping his crosshairs on the election process, Stewart veers away from partisanship for the most part, though he does overplay his own biases in a few of the jokes.

Meanwhile, Carell has his eyes on Jack’s daughter, Diana (Mackenzie Davis), a fresh-faced farmgirl eager to help her father’s campaign. However, Stewart has more up his sleeve than just a simple underdog story, and there’s more to this sleepy downtrodden town than it would seem. The story delivers some nice twists and turns that, while clever, may limit the film’s rewatchability.

The Blu-ray offers a slew of deleted and extended scenes, a gag reel, and three behind-the-scenes featurettes that run about five minutes each. 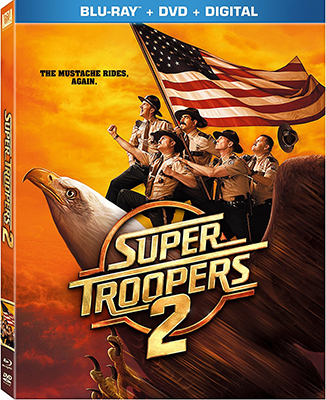