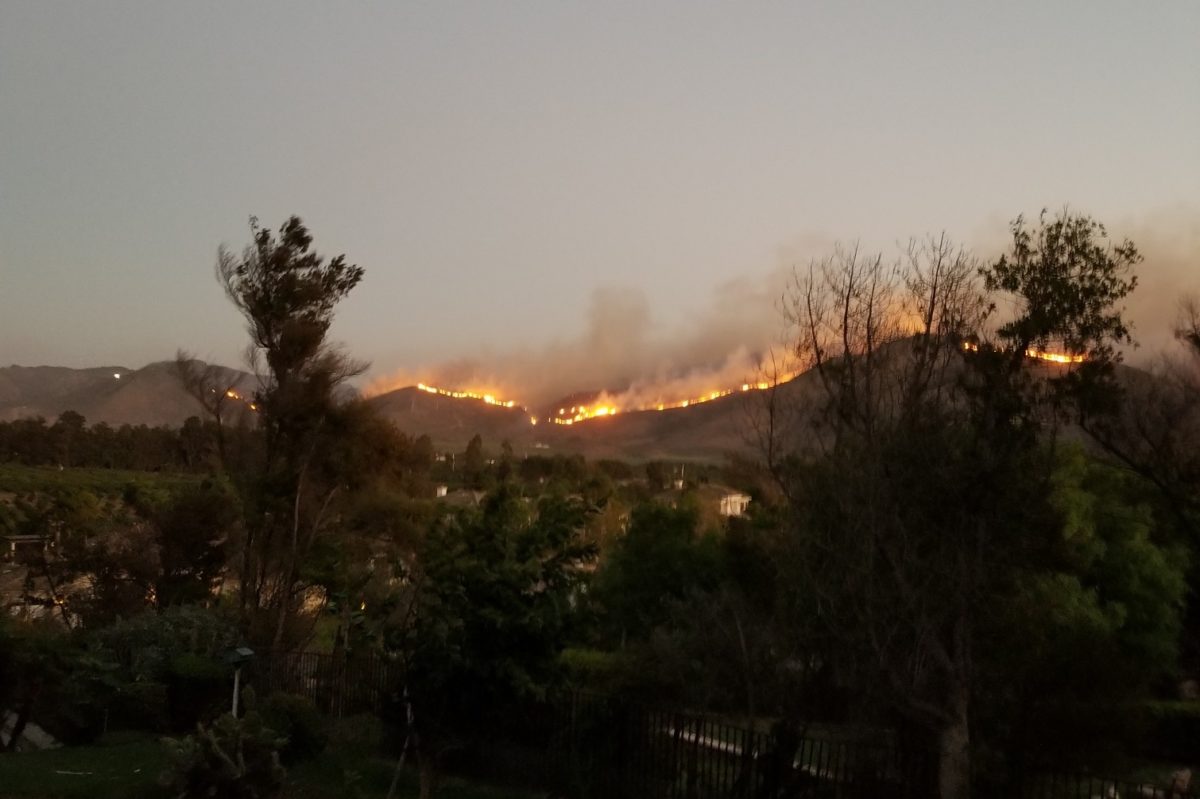 Home entertainment executives are among those impacted by the Hill and Woolsey Fires that broke out in Southern California on the afternoon of Thursday, Nov. 8, near the Ventura and Los Angeles county line.

The fires are fueled by strong Santa Ana winds and parched vegetation that is the result of a rainy 2017 followed by a dry 2018.

As of noon Monday, Nov. 12, the Woolsey Fire was still raging, having spread to more than 91,500 acres from Thousand Oaks south to Malibu. Officials said at least 370 structures have been destroyed and two people have died in the fire.

Among the celebrities who have lost homes in the fire are Gerard Butler, Miley Cyrus and Neil Young, all in the Malibu area.

Butler on Sunday morning tweeted a photo of himself in front of his destroyed home, writing, “Returned to my house in Malibu after evacuating. Heartbreaking time across California. Inspired as ever by the courage, spirit and sacrifice of firefighters.” 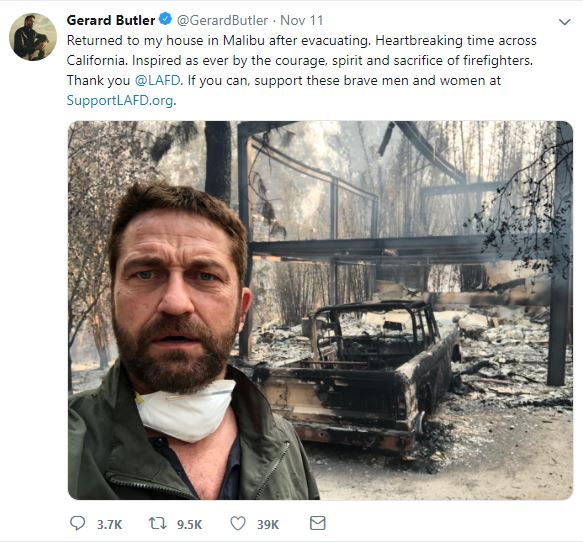 A number of home entertainment executives were evacuated, including Steve Apple, VP of industry sales at the Entertainment Merchants Association (EMA). Apple and his family were evacuated from their Agoura Hills home on Thursday afternoon, shortly after the blaze broke out in the hills south of Simi Valley. They spent the weekend in a hotel in Ventura but were able to return home on Sunday afternoon. “House, animals and family are safe,” Apple said.

A studio executive who lives in Calabasas and was evacuated wrote in an email, “I am very close to the fires. We got a hotel in the city.  It’s so surreal to see these fires that are right near your house!”

Paul Culberg, former EVP of Sony Pictures Home Entertainment, lives in Agoura Hills and lost his garage, according to a Saturday Facebook post. “We are all OK,” he wrote. “House and pool house survived. Garage burned. We are better off than neighbors. So sad.”

According to a Monday morning update from Cal Fire, the Woolsey fire is now 20% contained. Fire officials said the weather is beginning to look more favorable in the fire zone and expected increased containment today. Cal Fire officials say they project full containment by Thursday, Nov. 15.

Bill Perrault, SVP of marketing and brand management at Cinedigm, lives in Camarillo, off Santa Rosa Road, near where the Hill Fire started. He was prepared to evacuate, but fortunately the wind shifted direction.

“We’re right on the edge, the fire went right over us,” Perrault says. “We were ready to go at a moment’s notice, but as the night wore on the wind was pushing it to the east of us.”

On Monday, as the dreaded Santa Ana winds picked up again, fire officials said two new fires broke out within five minutes of each other near the  Woolsey Fire. One, the Peak Fire, was in the Santa Susana Pass just off the 118 freeway and the other, the Lynn Fire, was in Thousand Oaks.

The Peak Fire briefly led to the shutdown of the 118 and also prompted MetroLink to suspend rail service, but by 1 p.m. fire crews were able to stop progress after the fire had burned about 105 acres.

The Lynn Fire was contained shortly after 1 p.m. and had only burned about 5 acres.