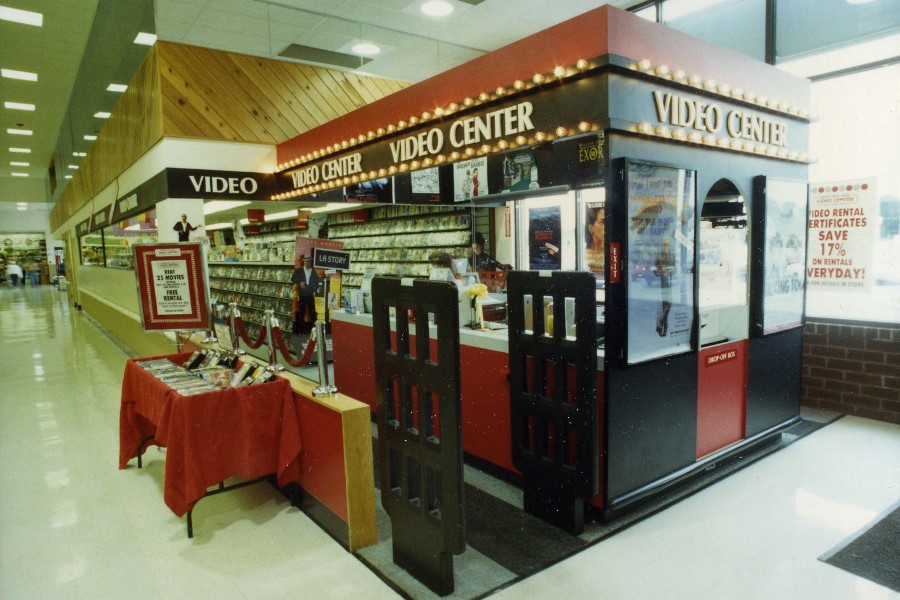 Editor’s note: This is the first in an occasional series of personal stories by executives in home entertainment, detailing how they got into the business and comparing what they’re doing now to what they did back then. For submissions, please contact Thomas K. Arnold at tkarnold@mediaplaynews.com.

The other week, an old post and picture popped up on Facebook that reminded me that my first contribution to the home entertainment industry was opening my first video rental store — the first store-within-a-grocery store — 36 years ago.  That triggered a rush of memories of those earlier years, and the travels to get to where I am today: still in home entertainment, focused on streaming, now the industry’s dominant incarnation.

But let’s step back. In 1985, I was just starting my career.  I had a job at Stop & Shop Supermarkets, the largest grocery chain in New England, managing the non-foods departments in the company’s Connecticut stores — a great gig to have in my 20s.  The company was, compared to other grocers in the 1980s, very professional and progressive, and had lots of really good people in its management ranks. When independent video rental stores were popping up around New England, the company thought, what better place for a rental store than in the neighborhood grocery store. It is, by nature, a convenient location, and customers visit on average of two and one-half times each week.

Personally, I was a movie lover and a video enthusiast. I had a front-projection TV, a piano key VCR (like the one you see at the start of each episode of ABC’s “The Goldbergs”), and I was a regular renter of VHS tapes at the Fotomat drive-through, where you could find all the latest releases.

I was recruited to move up to corporate headquarters in Boston and lead a team to develop our own chain of rental stores to operate within our grocery stores. Like every other video rental store, we charged a membership fee and rented movies by the night. Unlike the others, partly because we didn’t have a lot of space, we didn’t put empty boxes out on the shelves — we put the actual tapes out for the customer to bring up to the counter to rent. (That way there was no chance they’d be disappointed if it was out of stock.) We were a well-funded company, and we had an aggressive rollout plan — so, also unlike so many of our competitors, we brought in lots of copies of new releases (think 75 copies of Jurassic Park). Our customers were more likely to go home with the movie they came in for, and hopefully one or two more.

We located the Stop & Shop Video Centers up in the very front of the store layout, so the customer could get in and out easily. Executive management took this new venture seriously. We were formed as a separate division of the company — I reported to the SVP of operations, and my direct reports were the buying team and district managers, while the store teams reported directly to my DMs (unlike everybody else in the store, who reported to the grocery store manager). We were truly a novel “store-within-a-store” concept.

The most enjoyable part of my job was the promotions that we ran, with the support of our studio partners. We had a tie-in promotion with the actual Mystic Pizza in Connecticut when that Julie Roberts movie released; another with the submarine base in Groton, Conn., when The Hunt for Red October was released. We worked with a local radio station and hosted a day at the Rhode Island Zoo when Disney released Jungle Book. And we raised a lot of contributions and spent Thanksgiving Day helping out at a homeless shelter in Springfield, Mass., to promote Robin Hood: Prince of Thieves. There were countless others — pretty much a new promotion somewhere within our chain every month.

We also had lots of in-store appearances. Customers lined up to meet Mickey Mantle, Phil Rizutto, Gordie Howe and plenty of others over the years.

Our biggest events were our annual Oscar parties. We invited our best customers from each store to join our store managers and management team each year to watch the Oscars on big screens with music, food and drinks. We always had special guests and local entertainment. We really scored the year that David Letterman hosted the Oscars and we had secured Larry “Bud” Melman, Letterman’s “man on the street,” to participate in our party.

How did I learn the business? Here’s where everything comes full circle.  Before we opened our first store, I started going to meetings of the local chapter of the Video Software Dealers Association (VSDA — which eventually became EMA and now OTT.X). The VSDA in those days was primarily an organization of small independent video rental stores around the country. I learned from other retailers and from local distributor reps and studio reps. Stop & Shop joined the VSDA. I attended local meetings, and went to my first national convention in 1986. I eventually joined the board of directors for the local VSDA chapter, and helped out creating educational events for video rental store employees in New England. I served as treasurer for a few years, and during that time I was appointed to the VSDA’s national board of directors, where I served with industry superstars such as Mitch Lowe (later the co-founder of Netflix and Redbox), David Ingram (president of Ingram Entertainment), Ron Berger (founder of Rentrak) and others. Before I left that board, I had moved up to treasurer, while still treasurer of the local board.

All of my team at Stop & Shop was involved in the VSDA — my buyers, my DMs and my store managers. They attended meetings and events and got involved in producing local VSDA events. These sessions supplemented the industry knowledge that we could share with them, and inviting them to local movie openings and VSDA parties served as a reward, too. My team worked really hard — but I always liked to give them the opportunity to play hard, too.

In 1997, I was recruited to head up corporate store operations for West Coast Entertainment — a chain of 450 rental stores plus even more franchisees on the East Coast. Not able to grow our Stop & Shop video store footprint any larger, I left and moved to Philadelphia for my new position with West Coast. It was challenging, managing a chain that had a dozen different retail store brands and nearly two dozen different POS systems, but it was also an opportunity to grow a new team and meet a lot of new friends — many of whom I’m still close with and work with today, including Mike Haney at Allied Vaughn and Steve Apple on our OTT.X team.

Just a few years later, I joined the staff of the VSDA, then headed by Bo Andersen, to manage membership and sales. Twenty-two years later, I’m still here, now in the president/CEO role, and I’ve been at the helm from our transition from physical discs to digital and from EMA to OTT.X.

The old saying, “everything old is new again,” certainly has rung true for me. The big sellthrough retailers such as Best Buy, Walmart and Target, as well as many of the big studios, haven’t been the most entrepreneurial and have been less in need of what we do as a trade association. Today we are back to an organization of mostly indie or entrepreneurial companies — along with many established companies. We’re back to having lots of engagement and a strong vibrant community.

Looking back, it’s been lots of fun, and most of all, I’ve made lots of friends — and if I didn’t move out to Los Angeles for this gig at what was then the VSDA, I’d never have met my wife. Julie. And, I think I’ve made an impact on the industry that I love over the years. (Actually, Redbox co-founder Mitch Lowe wrote that my original Stop & Shop store-in-a-store concept was the inspiration for Redbox.)

The best thing about all of this is that it isn’t over. Today’s industry isn’t what we knew as “home entertainment” — it’s blended with the extension of the broadband and cable industries and linear programming into OTT, and it is still in its formative stage with a hunger for education, collaboration and networking. And as long as I’m still challenged and having fun, I’ll be in it — transitioning and pivoting, just as I’ve always done.