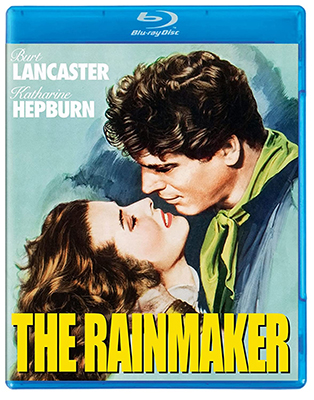 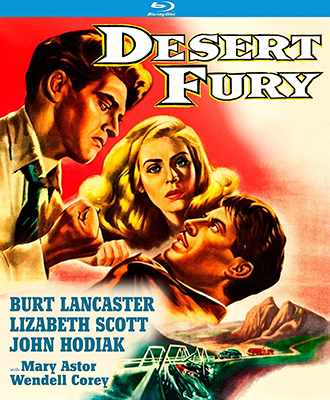 Sometime in the past month (on a Facebook posting, pretty sure), the Hal Wallis-produced Desert Fury got categorized as “the gayest” of all film noir. Of course, I’d be derelict in duty overlooking those joy-boy hitmen that Lee Van Cleef and Earl Holliman play in Joseph H. Lewis’s The Big Combo — yet the point is well taken here whenever John Hodiak and Wendell Corey get into messy housecleaning discussions in the rustic Nevada cabin they share (though it’s 1947 Hollywood, so they sleep on separate floors). Fury also has a mother-daughter relationship between Mary Astor and Lizbeth Scott that’s a little strange even at its best, but one thing at a time. Meanwhile, and of all people, Burt Lancaster gets stuck in a cop uniform, usually the utmost in marquee anonymity.

The revisionist word has gotten around on this once critically drubbed Technicolor potboiler, though it’s a movie I’ve always liked since catching it as a young teen on the late, late show around 1961 or so. Paramount, in fact, had even re-issued it nationally in 1959, probably because it was in color and because Lancaster was at the top of his box office game; I remember that it played downtown at one of my local movie palaces (the Loew’s Broad) billed under Fess Parker in The Jayhawkers! and then worked its way out to neighborhood theaters. By then, the so-called youth audience probably knew Scott and Corey for the last movie both made to fulfill their long-standing Wallis contracts: as the music promoters who “sell” Elvis Presley’s character in Loving You (the movie that first sold Dolores Hart to me).

Scott, about 24 here, plays a headstrong school college dropout of 19 who returns home to rural Nevada, where mom Astor runs a Western-themed casino that rolls her in dough but buys no social standing for a daughter who’s shunned by local mucky-mucks (or as mucky-muck as you can be in a flannel-shirt community). Gambler Hodiak and Corey blow into town, where the former’s Scott-lookalike wife was previously killed in an auto mishap — though it turns out that Hodiak and then married Astor also had some history “back East” (Eastern corruption of the Western U.S. in a sub-theme here). Meanwhile, in what looks like an attempt by Fury’s sporadically great screenwriter Robert Rossen to flesh out Lancaster’s role, our local lawman is a former rodeo performer trying to come back from an injury, which at least allows a frequently indoor movie to get out and take a whiff of rural air sans casino cigarette smoke.

Scott develops a yen for Hodiak, which a) tramples on Corey’s own happily-ever-after fantasies; and b) unleashes an Astor competitive streak (not that she needs another one) with a daughter she’s already smothering. For his part, Lancaster ultimately isn’t above a little symbolic bomb-throwing himself when it comes to messing up this fling. Spending more time in his cruise car that Broderick Crawford did on any three episodes of Highway Patrol, he always seems to be pulling someone over on specious grounds, and it’s usually Scott.

The movie is heavier than it needs to be on people standing around and talking to each other, though, to be sure, the talk can be stinging. But the electric three-strip Technicolor and the attendant decor go along way toward carrying the movie and its notably twisted subtext before we get to some brutal action at a roadside eatery in the final reel. A further plus is a Miklos Rosza score from that early film noir period of his, back before he became to the go-to guy to pump up footage of Charlton Heston scratching his loincloth (more or less). So is Desert Fury even noir, despite the Technicolor? Well, Niagara is and Leave Her to Heaven probably is, though not many examples abounded until the modern screen era’s occasional forays into the genre when color was commercially mandated (if Taxi Driver isn’t noir, I’ll buy you a new hat, as my mother used to say). By this token, Fury likely is noir, in that it has “dangerous” women, a casino backdrop, a wide underbelly of moral corruption and a certain jaded attitude toward life despite the script’s hint at climatic happiness that rings a tad hollow.

The bonus commentary is another exceptional one by Imogen Sara Smith — and for a film very much in the wheelhouse of a film historian who wrote In Lonely Places: Film Noir Beyond the City, a book I recently bought for Kindle reading to satisfy a New Year’s resolution. Typically, I learned a lot from her — from the ways Edith Head’s wardrobe contributions service the mood of each scene to Smith hitting me with the realization (well, actually they’re more like non-threatening nudges) that nearly all of Lancaster’s early screen appearances were in noir. Speaking of performances, Corey’s screen debut here may be the best role he ever had, though I’ve always enjoyed the personal spin he put on a potentially thankless role as James Stewart’s buddy in Rear Window. As for Astor, this is for me the role of her career and one that definitely merited a nomination, though the film didn’t get the kind of reviews to get the Academy’s attention. Bosley Crowther of the Times was among those who missed the boat (not that that would have ever stopped anyone’s presses).

Lewis Allen directed, and I always thought him somewhat underrated: The Uninvited (sublime), So Evil My Love, Appointment With Danger (with Alan Ladd “dropping” Jack Webb on the handball court), Frank Sinatra’s blistering Suddenly! and some long-unseens (including The Unseen, come to think) that I suspect may have a little something as well.