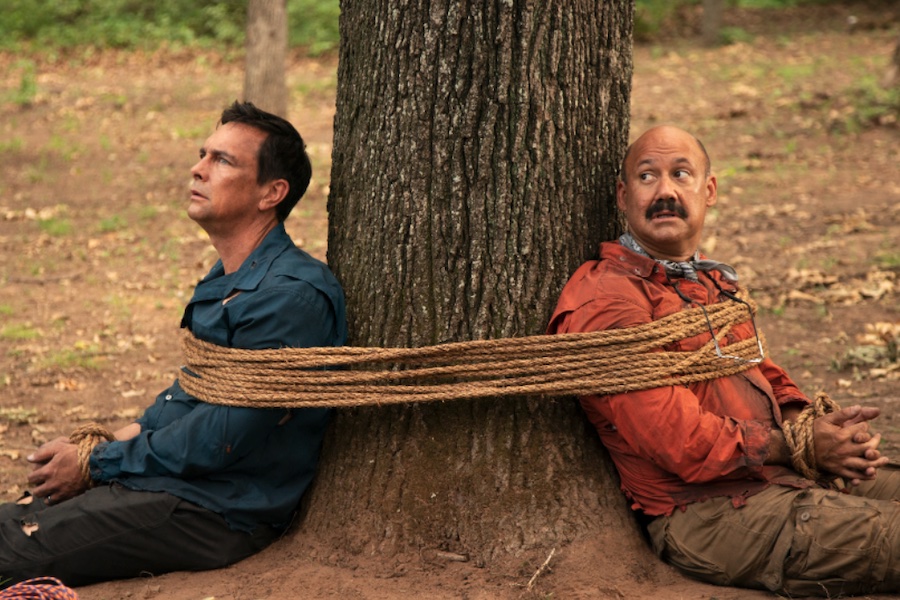 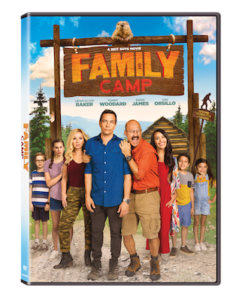 The film follows two families competing for the coveted camp trophy while the dads try to keep their families and marriages together. In the film, when Grace Ackerman signs her family up for a rustic summer Family Camp, a comedy of errors ensues as these polar-opposite families must share a yurt and compete for the camp’s coveted games trophy. It’s not until the two dads end up lost in the woods that their faith and family bonds are truly tested.

Special features on DVD include the trailer, “Heart of Family Camp,” “Who Are the Skit Guys?,” deleted scenes, deleted scenes with director commentary, “Rhett Walker Goes Behind the Scenes” and “Eddie’s Yurt Tour.” 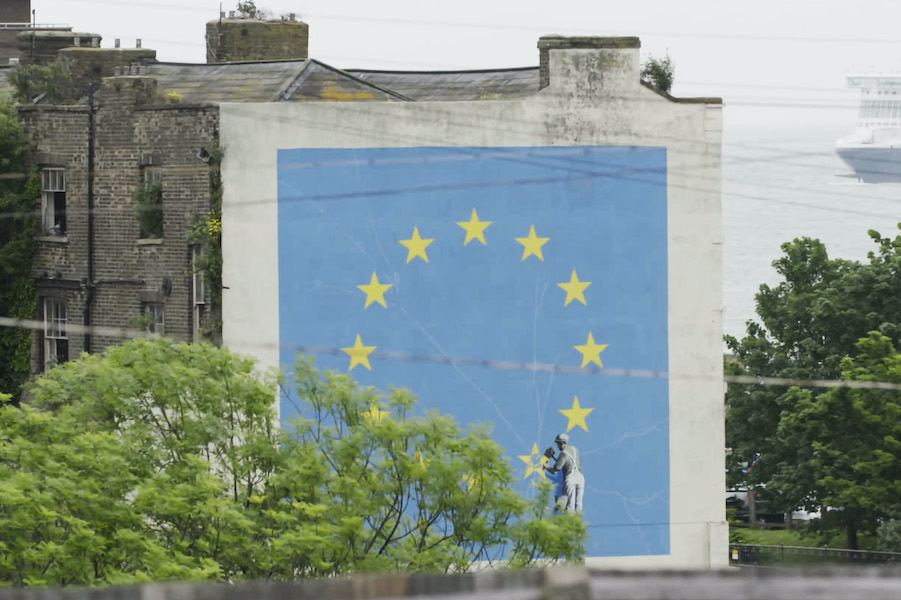 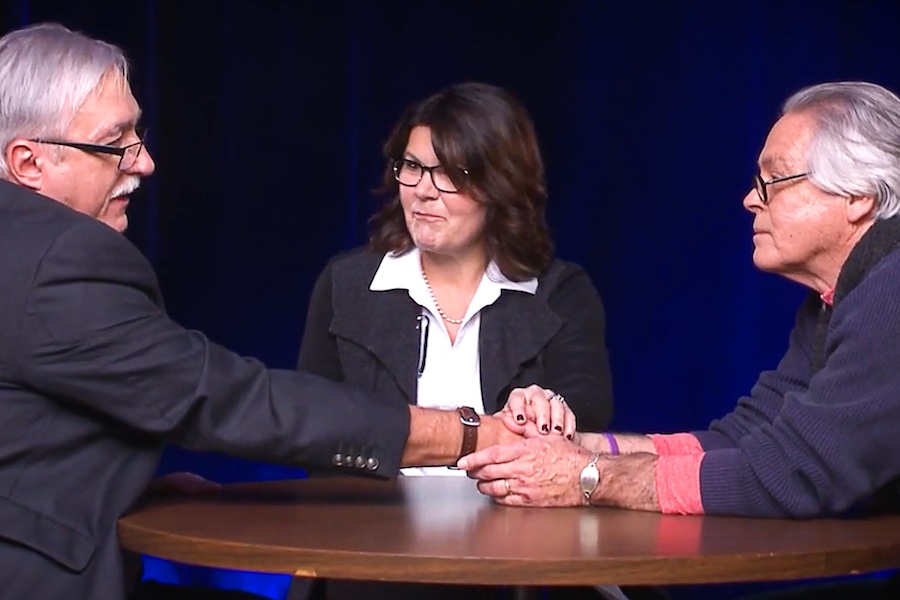 The documentary Have You Heard About Greg? will be released for digital purchase and on VOD June 21 from Virgil Films.

Have You Heard About Greg? puts a human face on the disease of Alzheimer’s and other forms of dementia. The film features experts committed to the fight against Alzheimer’s who share their experience and wisdom about how to deal with an invisible enemy that is quietly killing millions of people each year around the world and will affect millions more in years to come. 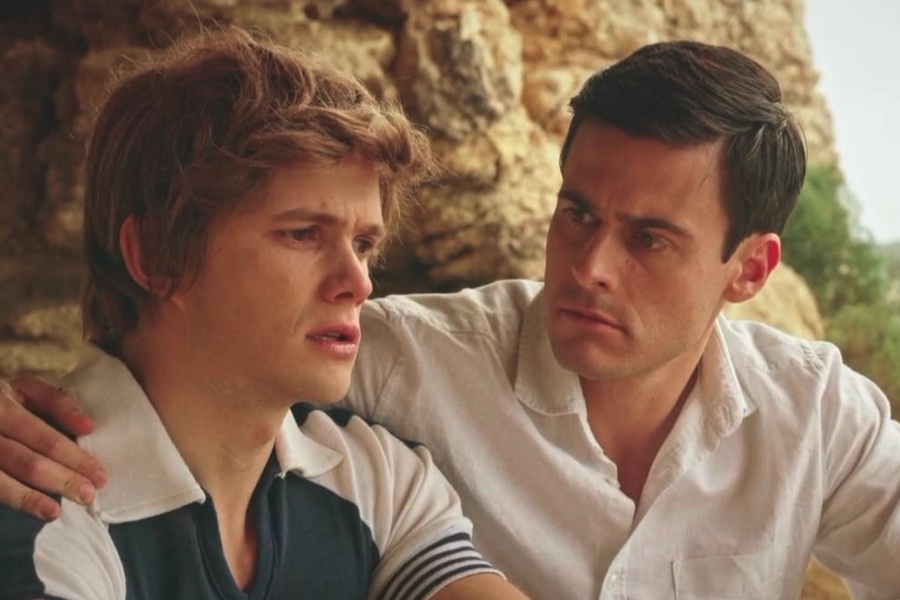 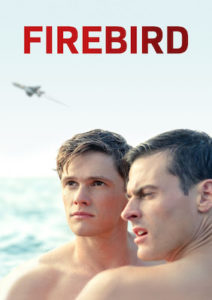 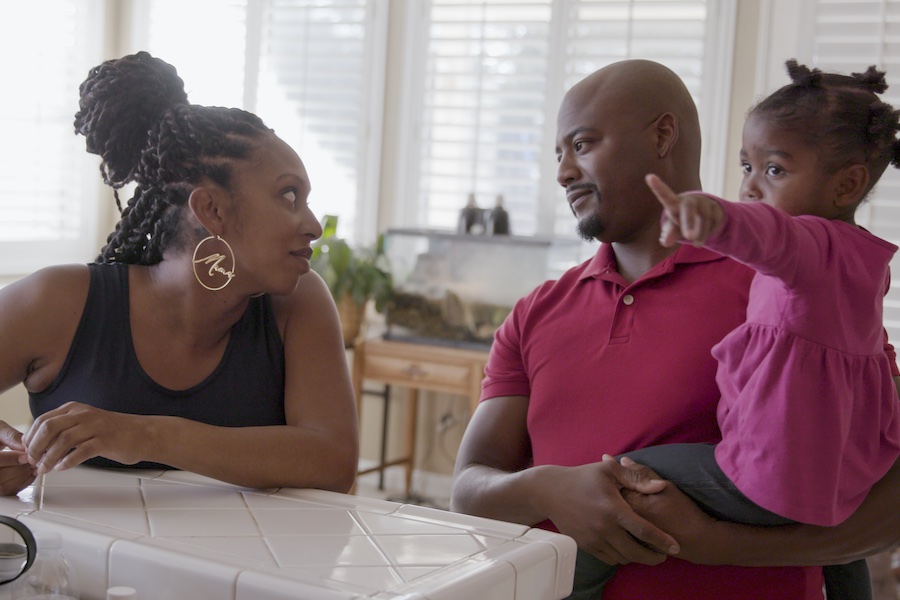 Gravitas Ventures has acquired North American rights to distribute Hello Sunshine’s documentary Fair Play and will release it in select theaters and on demand on July 8.

About the unequal division of labor in the home, the documentary is based on the New York Times bestselling book of the same name from author Eve Rodsky.

Directed by Jennifer Siebel Newsom and featuring interviews with Melinda Gates, C. Nicole Mason and Congresswoman Katie Porter, Fair Play takes viewers into the homes of real families that are on a journey to balance their home life. It doesn’t take long to realize that they aren’t really fighting about dishes in the sink. They are fighting about much bigger issues, problems that affect millions of couples and families across the globe. Immersed in these couples’ lives, the viewer sees their struggles, but also their triumphs. They learn how communication and a plan can have a life-changing impact, creating more connectedness with the most important people in their lives — their families.

“The home presents so small but it speaks to a much larger issue which is about reframing the value of time,” said the book’s author Rodsky in a statement. “Is an hour holding your child’s hand in the pediatrician’s office as valuable as an hour in the boardroom? We believe it is. This film aims to spark a conversation that fosters true fairness and healthy partnerships, starting with our most important organization, the home.”

“Gravitas is proud to partner with Hello Sunshine in the release of Fair Play in theaters and on VOD this summer,” Bill Guentzler, senior director of acquisitions, said in a statement. “We feel that this documentary can be a game-changer for many people by smartly and entertainingly digging into the dilemma facing many households today, balancing tasks and responsibilities.” 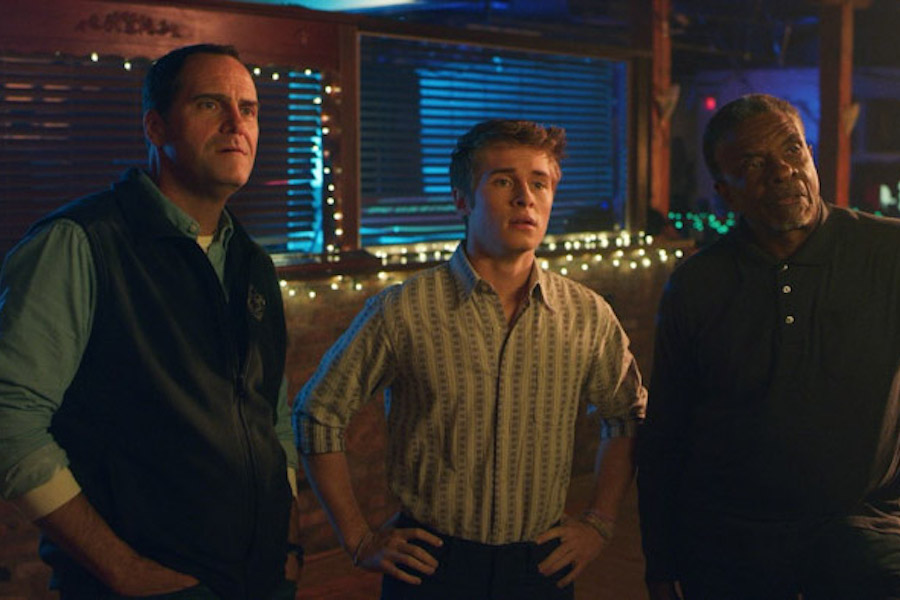 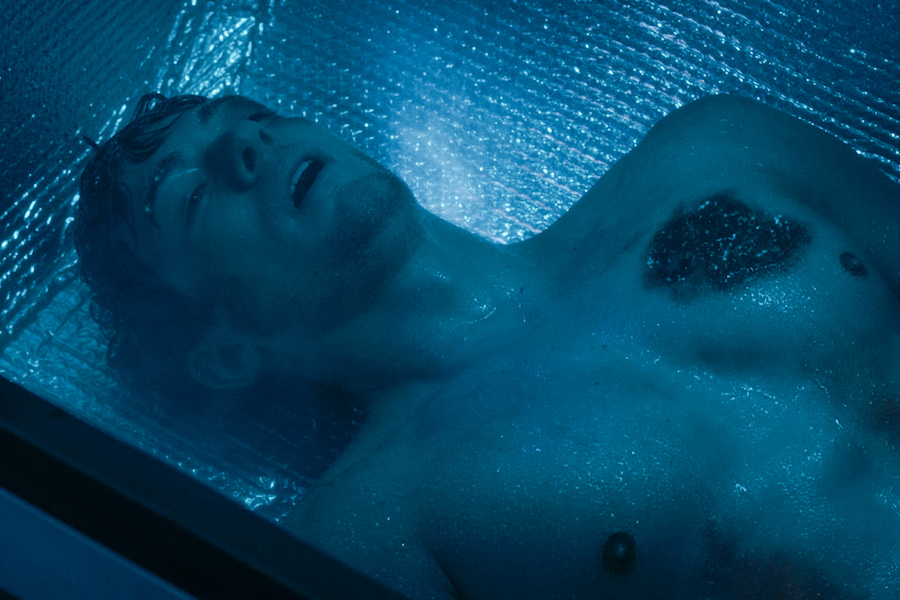 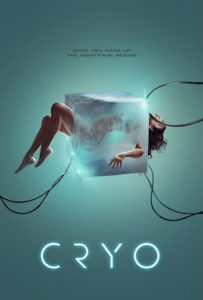 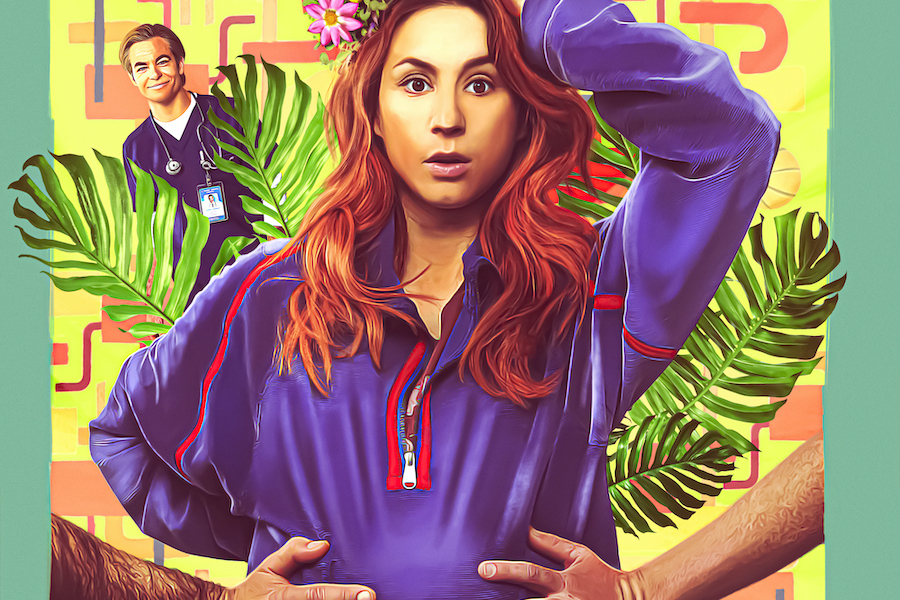 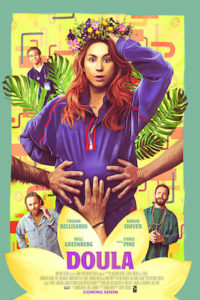 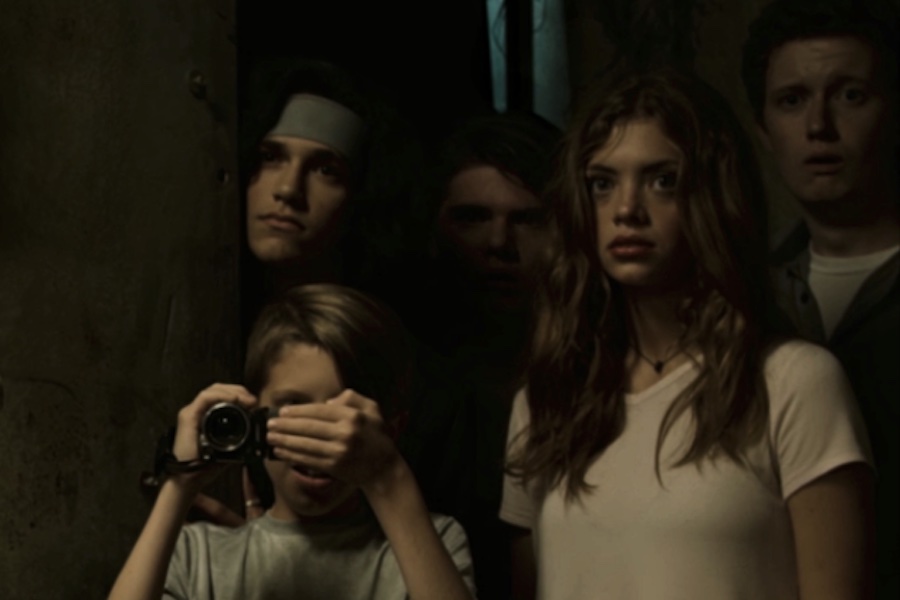 The horror film Where the Scary Things Are will be released on demand, on digital and on DVD June 28 from Lionsgate. 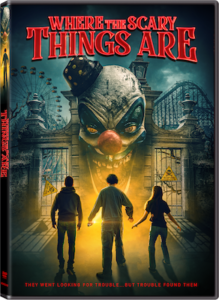 In the film, teenagers inspired by a high school “Create Your Own Urban Legend” project quickly get out of hand in their desire for more “likes” and going viral — with deadly consequences.

Likened to Stand by Me and The Goonies with a dark twist, the film follows Ayla and her high school friends who discover a hideous, semi-human mutant. They keep it prisoner while shooting repulsive viral videos, with the gang’s hunger for “likes” driving them to film the beast performing murderous acts. When one boy sees that Ayla is using the monster’s gruesome violence to settle her own vendettas, he threatens to tell the authorities. Is he too late to save his friends?

Oscar-winning producer J. Miles Dale and Netflix have formed a creative partnership that will have Dale produce feature films under a multiyear, first-look deal via his Demilo Films banner.

“Having just produced two series on the TV side at Netflix, I’m beyond excited to begin this new adventure with the feature film team,” Dale said in a statement. “I enjoyed a great partnership with Scott Stuber on a couple of films earlier in my career, and I look forward to expanding that relationship. Netflix has always been incredibly filmmaker friendly in my experience, and that support is so critical as we continue to explore the challenging and compelling stories that inspire us at Demilo Films.”

“I’ve known Miles for many years and he has an incredible eye for great stories and talent,” Scott Stuber, Netflix’s head of global film, said in a statement. “I’m excited to grow our successful creative relationship on series to a great partnership in film.”

Dale is currently in production on the second season of the hit Netflix series “Sex/Life” and in post-production on the highly anticipated Netflix horror anthology series “Guillermo del Toro’s Cabinet of Curiosities.”

Dale’s partnership with del Toro began with the supernatural  thriller hit Mama, starring Jessica Chastain, and continued with Scary Stories to Tell in The Dark and director Scott Cooper’s Antlers last year. Dale also served as executive producer and principal  director on all four seasons of the series “The Strain” for FX Network.

Dale’s extensive work includes producing the box-office smash The Vow, starring Rachel McAdams and Channing Tatum, the cult classic Scott Pilgrim vs. The World, the comedy Harold & Kumar Go to White Castle, and the reimagination of Carrie, starring Julianne Moore. His credits also include the prequel to The Thing, Flash of Genius, and Hollywoodland, starring Ben Affleck.

Dale made his feature directorial debut in 2002 with Universal’s The Skulls III. In addition to “The Strain,” he has directed for numerous television series, including the ABC Family/Freeform production “Shadowhunters.”