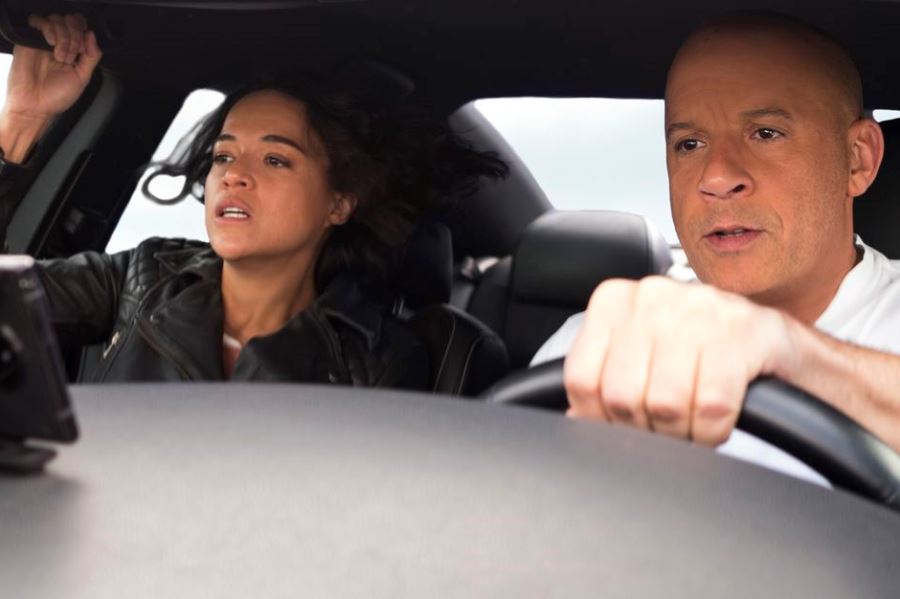 Universal Pictures Home Entertainment on July 30 released F9: The Fast Saga for home viewing via video on demand digital rental at a premium price of $19.99.

The ninth film in the “Fast & Furious” series and 10th in the franchise (including Hobbs & Shaw), the film has earned $165 million at the domestic box office since its June 25 premiere. The movie’s total worldwide haul is $624.5 million, having opened as early as May 19 in some territories.

The story involves Dom Toretto (Vin Diesel) leading his crew on another worldwide adventure to stop an evil scheme by his brother (John Cena).

F9: The Fast Saga was directed by Justin Lin from a screenplay by Daniel Casey and Lin.

The film’s digital and disc sellthrough dates have not been announced. 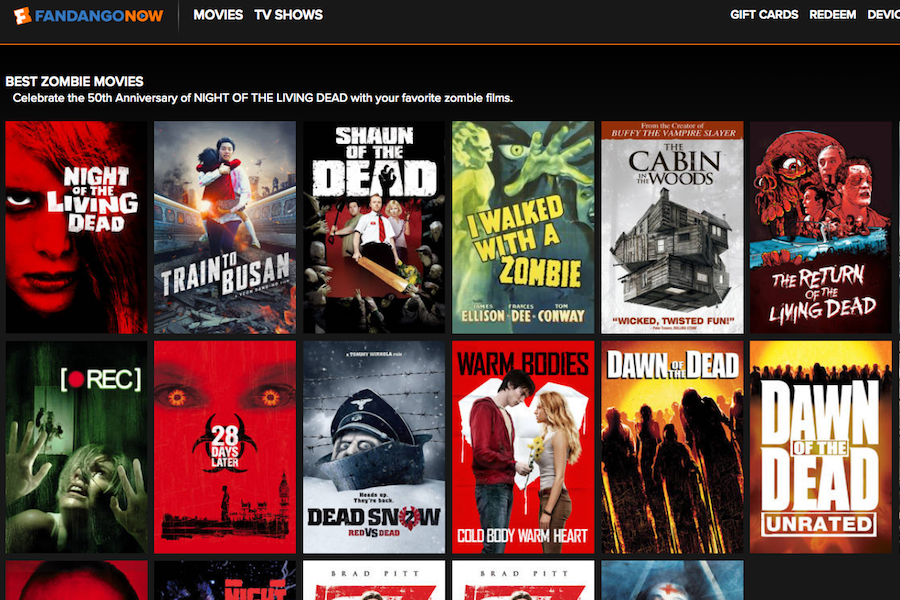 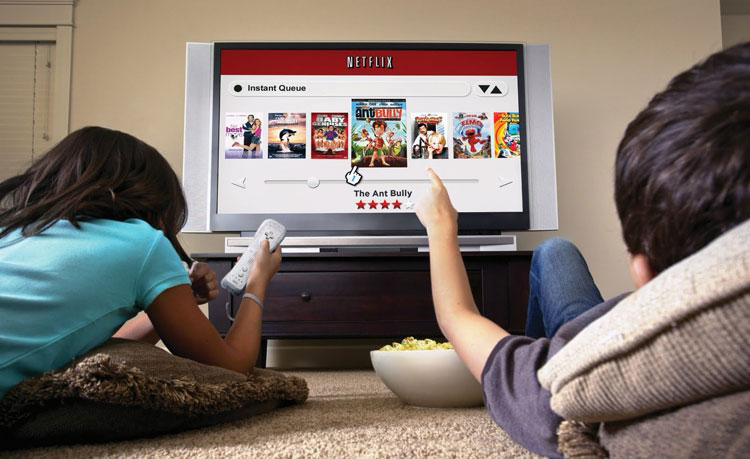 As viewers continue to migrate to on-demand TV content in the United States, so too is VOD consumption changing in five European markets: United Kingdom, France, Germany, Italy and Spain.

Europeans are watching an additional two hours of on-demand content each month across all platforms, compared to the previous year, according to new data from IHS Markit.

Despite the rise in online video consumption, total TV and video viewing time in the top five European markets has remained relatively stable for the past six years, at an average of 247 minutes of TV viewing per-person each day, according to IHS. However, the composition of total viewing time varies across individual markets, as Netflix, Amazon Prime Video and others become more popular with consumers, particularly younger demographics.

“With the increasing volume of consumption moving away from traditional linear broadcast, monetization of on-demand and time-shifted viewing remains a key concern, as ad-insertion and tracking technology has been slow to keep up,” Fateha Begum, associate director of connected devices and media consumption at IHS Markit, said in a statement. “However, pay-TV operators are still primarily concerned with retaining subscription revenue for the time being.”

Daily linear viewing time in the U.K. declined by more than eight minutes per person in 2017, as DVR use also declined for the second consecutive year. However, on-demand viewing added five daily minutes per person, with the U.K. leading in the amount of time spent viewing non-linear content compared to the other four markets.

In France, online long-form viewing time increased by 41.6% year over year, or approximately five additional viewing minutes per-person per-day. Netflix, the leading OTT player in France, accounted for three out of four net OTT subscriptions in 2017. CanalPlay, which led the market before Netflix launched in France, experienced subscription declines and closed their standalone OTT service in 2018.

“The shift to OTT consumption signals the need for pay-TV operators to act quickly, in order to retain their foothold in the market,” saidRob Moyser, TV and online video analyst at IHS. “Leading operators are already enhancing their current propositions and embracing OTT, to ensure they capture some of the time spent on other devices and services, so they can stay at the forefront of consumers’ minds.” 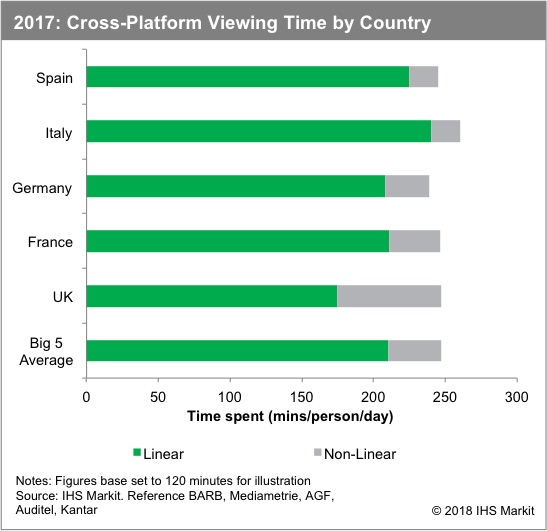 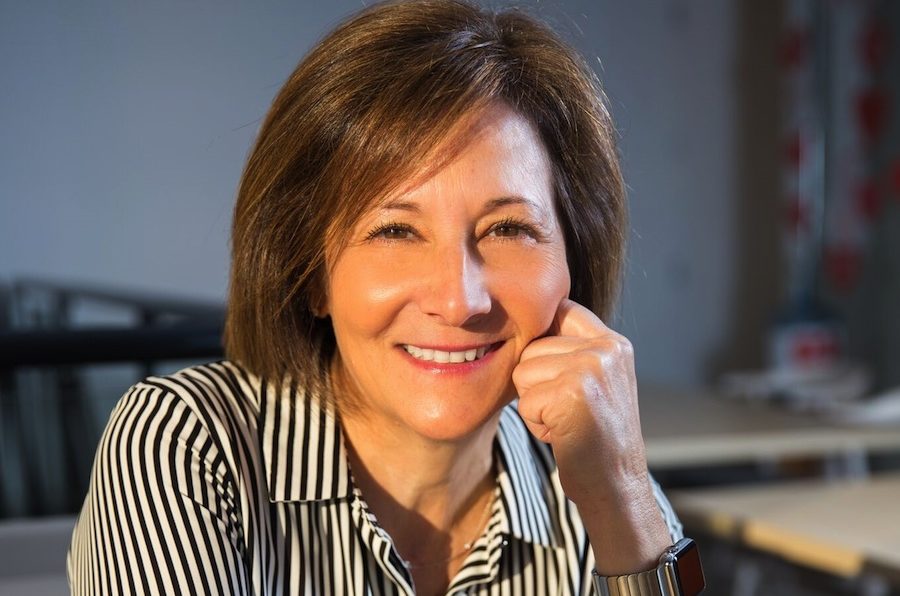 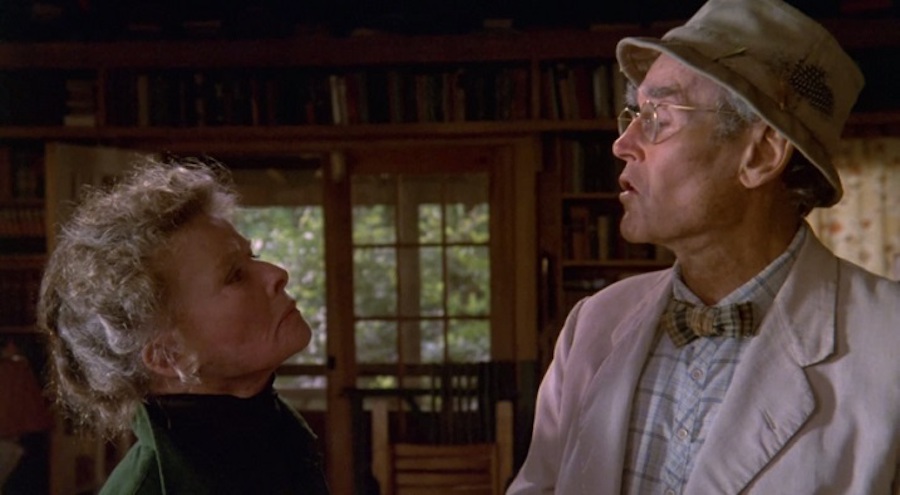