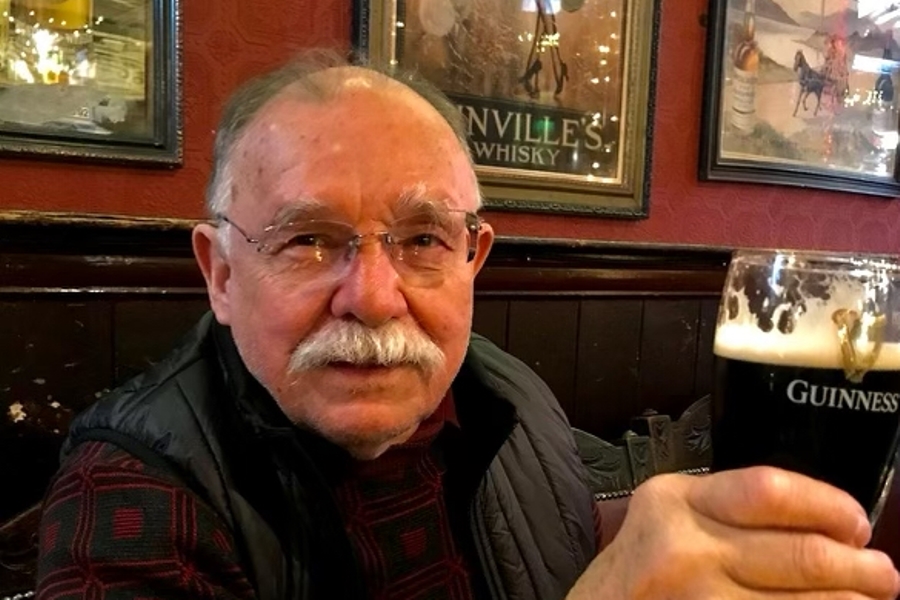 Respected by those whose business he engaged, revered by those who learned from him, loved by those whose lives he touched profoundly, iconic home entertainment industry influencer William “Bill” Christopher O’Brien passed away Friday, Nov. 18. He had battled a longterm illness resulting from complications of a brain tumor.

Known for data-driven management discipline, blunt honesty, and inspiring leadership, even in retirement from a distinguished publishing career that spanned 40 years, O’Brien was a fierce and indomitable fighter to the end.

One of the true originals of the home video business, O’Brien was there in the early 1980s at the market’s inception, and through the years proved to be a passionate champion of — and a catalyst in — its ascension as a Hollywood cash cow.

Bill co-founded two of the industry’s seminal symbols of self-identity — trade periodical Video Business (VB) and the Video Hall of Fame, which inducted him in 2007. Notably, he was part of a class that included Netflix cofounder Reed Hastings, as well as Steven Beeks, then head of Lionsgate. Bill called it “one of the highlights of my life.”

If the 27th annual induction ceremony was way too overdue recognition for one of the Hall’s “founding fathers,” it’s only because Bill himself had fended off previous overtures (from this admirer among others) to honor him. He loved to brag — but never about himself. His joy came from the achievements and success of others that redounded to the business units and products under his watch.

A collector of business aphorisms, one of his favorites combines humility with steely resolve: “A good manager gives credit and takes blame.” He practiced what he preached.  It was an honor to be held accountable by Bill because it meant he felt you were worth his investment. It also meant you couldn’t help but up your game by having him on your side.

A Facebook comment by my longtime colleague Bruce Mishkin eloquently sums up how many in Bill’s orbit feel about his generosity of spirit and his singular influence on our careers. “I would not be the person I am today,” wrote Mishkin, “without the mentorship Bill selflessly provided and the pressure he constantly exerted on me to be better. I loved the man.”

The same goes for me. The decade I worked for Bill O’Brien was akin to a master class in best practices — not only in business but in life. It’s been a quarter-century since I reported to the man, and to this day my stories about him invariably start with the richly deserved identifier, “The best boss I ever had …”

As an editor, working for Bill was a rare privilege because he was the rarest of publishers. Thanks to his ramrod backbone and the market stature of Video Business that rested on his shoulders, he would unequivocally support his editorial staff even in the face of irate advertisers, including major Hollywood studios, threatening to cancel their ads.

If a studio executive complained about an “unfair” article, Bill would matter-of-factly ask, “Were any facts wrong?” If they came up empty with evidence, which they almost always did, he would tell the executive that a retraction is not warranted.

That position did not budge an inch, not even as retribution was exacted on us when a studio would petulantly pull its advertising. He was perfectly willing to lose their ad dollars — even six figures a year — in exchange for maintaining the integrity of the product and the respect of his staff. “They’ll be back,” he told us. And he was right. He rarely wasn’t.

William Christopher O’Brien was born April 4, 1941, in Lowville, New York. He graduated from Clarkson University with a degree in chemical engineering, earned an MBA from Columbia University, and served a stint in the U.S. Army Reserves.

In his own words, Bill “fled a promising career at Union Carbide to join an entrepreneurial publishing venture (a quartet of professional journals for lawyers, doctors, MBAs and engineers) that would teach this survivor the many mistakes not to be repeated — lessons learned that enabled future triumphs.”

The triumphs came soon enough for the fastidious manager and numbers cruncher par excellence who planned far ahead and left nothing to chance.

After the hard knocks of his introduction to publishing, he (again in his words) “got lucky.”

When Bill was asked to spearhead the introduction of both trade monthly Video Business and consumer monthly Video Review, he said, “It was love at first sight, both for the magazines and for the video industry itself.”

Seven years after Video Business made its debut, with Bill having risen to publisher, he teamed with Video Business editor John Gaffney to convert VB to a weekly. He says he was called “nuts” by the Hollywood video cognoscenti. It was a runaway success. He willed it so.

He took great pride, too, in the millions of dollars the Video Hall of Fame raised for Variety — The Children’s Charity under his 15-year stewardship of the fundraiser, during which it honored the likes of Ted Turner, Jane Fonda, James Cameron, Jerry Bruckheimer, and “Father of DVD” Warren Lieberfarb of Warner Home Video.

His publishing proficiency knew no bounds, editorial and sales included. “There is an editor inside me screaming to get out,” he said early in his Hall of Fame career. That’s also when Bill’s formidable sales prowess could be gleaned, as he and his partners at one point persuaded Rupert Murdoch to invest in their fledgling venture of magazines for young professionals.

Bill’s penchant for planning ahead was peerless. With his and my offices connected by a vestibule where his assistant sat, I was privy to his meticulous machinations that were worthy of the engineer in him. There was the time his assistant resigned in a huff, and virtually the next day her successor was in place. Bill told me he had been talking to the person for a long time about “standing by.” He counseled us to always be prepared not only with a backup plan, but with a backup person to fill a slot. He clearly led by example.

“First we’ll be best, then we’ll be first,” was another of Bill’s preferred aphorisms. Indeed, he always brought out the best in those who worked with him because he was (and always will be) the best.

Bill is survived by wife Nancy, daughter Cara, son Liam and wife Amy, and their two children. The eldest of nine siblings, one of whom predeceased him, he also leaves behind five brothers and two sisters, along with many nephews, nieces, and cousins.

A memorial tribute will be held in early January 2023 at a location on the New Jersey shore.

Editor’s Note: Long before Media Play News became the sole Hollywood trade to focus exclusively on home entertainment, there were five publications battling it out in what was then called the home video business, which revolved around the rental to consumers of videocassettes. The two leading publications were Video Business and Video Store Magazine. Bill O’Brien was publisher of Video Business during its heyday, and Bruce Apar was editor. Apar authored the first regular column on home video in 1976, handled publicity for the U.S. introduction of VHS in 1977, held managerial roles at Video, Home Viewer, Video Business, Video Store Magazine, and Post magazines, co-created the Time Video Man of the Year award, and created Mediaware magazine for the International Recording Media Association. In recent years, he has been publisher of a suburban weekly newspaper in metro New York and has ghostwritten two motivational books for the Forbes Books imprint, with the second, Get a Life by Bob Fisch, available in January 2023. He currently writes a weekly newspaper column and publishes community monthlies in the river towns of New York’s lower Hudson Valley. He is a non-union actor, appearing locally on theater stages and in TV commercials, and reviews theater for BroadwayWorld.com.