Based in Atlanta, VIDAA was launched by the Hisense Group, a Chinese multinational electronics manufacturer with TV sales revenue of about 30 billion yuan ($4.7 billion) in 2019.

In 2020, VIDAA introduced a revamped user interface named 4.0, which puts users and their way of consuming content at the core of the design. As of May 2021, the VIDAA U5 OS saw further improvements by implementing Google Assistant, its own voice activation software, the new VIDAA remote control smartphone application, as well as advertising and billing services in select markets.

“Our cooperation with The Walt Disney Company is a major milestone for our organization,” Guy Edri, EVP of VIDAA USA, said in a statement. “Bringing Disney+ to the VIDAA platform globally is just the first step. We’re looking forward to working with Disney on ways to expand our collaboration and opportunities to bring their full suite of streaming services to our customers in the future. Today marks not only the launch of an amazing service on a state-of-the-art platform, but a start of a long-term relationship between two companies, each a leader in its industry.” 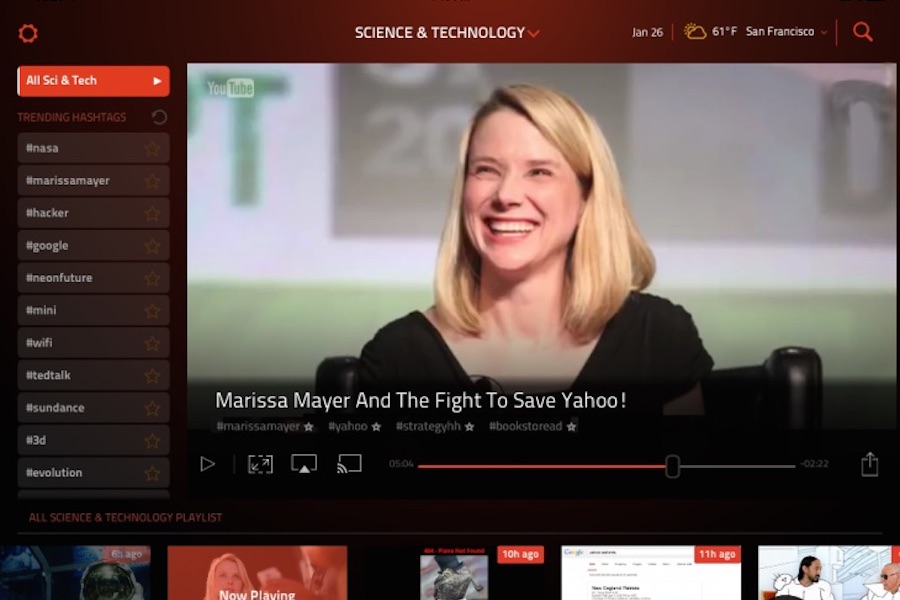 Who said TV news is dead?

Haystack TV, an ad-supported streaming service that connects viewers with local, national and global TV news, is expanding its global distribution through a new agreement with Chinese television and appliance manufacturer Hisense.

Tailored to each viewer, Haystack TV software delivers a mix of the day’s top headlines and other news tuned to viewers’ specific interests and preferred news sources from its library of more than 250 premium news sources covering 85% of local U.S. markets.

Hisense, currently the third-largest television manufacturer (including Roku TVs), will pre-install the Haystack TV app on the new VIDAA platform. Plans for the newly redesigned VIDAA interface were recently announced at the Consumer Electronics Show (CES).

Vidaa U 2.5 is the proprietary Smart TV operating system from Hisense, which also features a mobile app for Android and iOS devices, that reportedly operates as a virtual on-screen remote control, among other functions.

“Bringing the best free content to our customers locally in every market and globally is Vidaa’s global strategy,” Guy Edri, EVP of business development for Hisense’s Vidaa platform, said in a statement.

“Haystack TV’s partnership with Hisense will help fuel our rapid growth for 2020 and beyond,” said Haystack TV CEO and co-founder Daniel Barreto.