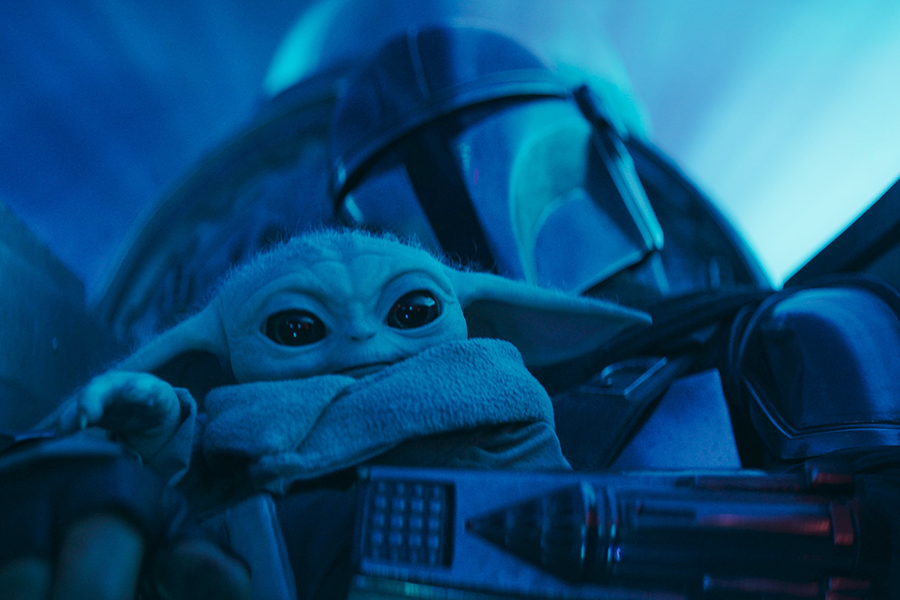 Netflix’s supernatural thriller “Stranger Things” remained No. 1 on Parrot Analytics’ digital originals U.S. rankings the week ended Jan. 20. The series had 0.12% drop in demand expressions, the proprietary metric Parrot uses to gauge a show’s popularity, giving it 63.8 times the demand of an average series. “Stranger Things” was No. 2 on Parrot’s list of overall TV shows.

Rising to No. 2 on the digital originals chart was the Disney+ “Star Wars” series “The Mandalorian,” which had a 34% rise in demand expressions to give it 51.5 times average demand. The spike came as a new trailer for the upcoming third season was released during an NFL playoff game Jan. 16. The new season bows March 1.

The No. 3 digital original was Netflix’s “Wednesday,” which had a 9.5% drop in demand expressions to give it 41.2 times average demand.

The biggest jump into the digital originals top 10 came at No. 4, with HBO Max’s animated series “Velma,“ up from No. 47 the week before. The “Scooby-Doo” reimagining starring Mindy Kaling had a 127.6% rise in demand expressions following its Jan. 12 debut. It had 37.3 times average demand.

Netflix’s “The Witcher” remained No. 5 on the digital originals chart, with a 2.6% drop in demand expressions, giving it 33.1 times average demand.

The No. 1 overall TV series in terms of online demand was “SpongeBob SquarePants” with 74.2 times average demand. 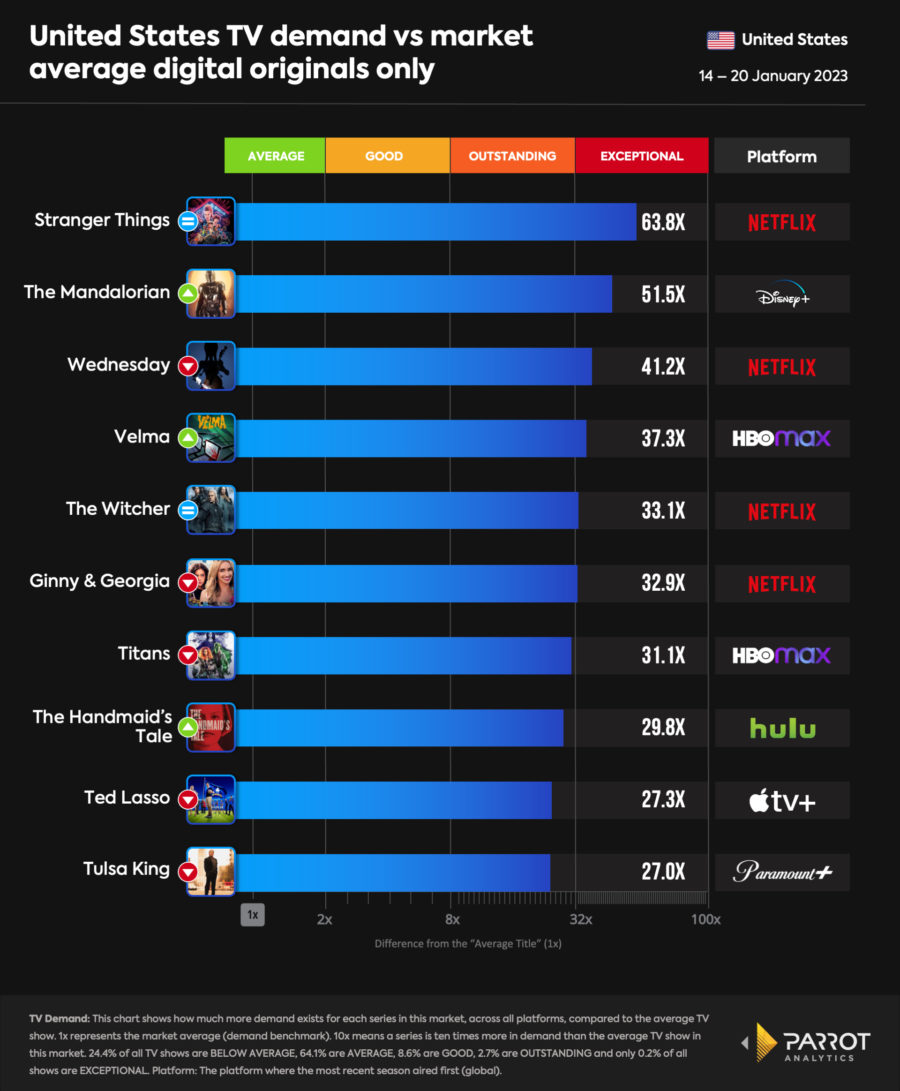