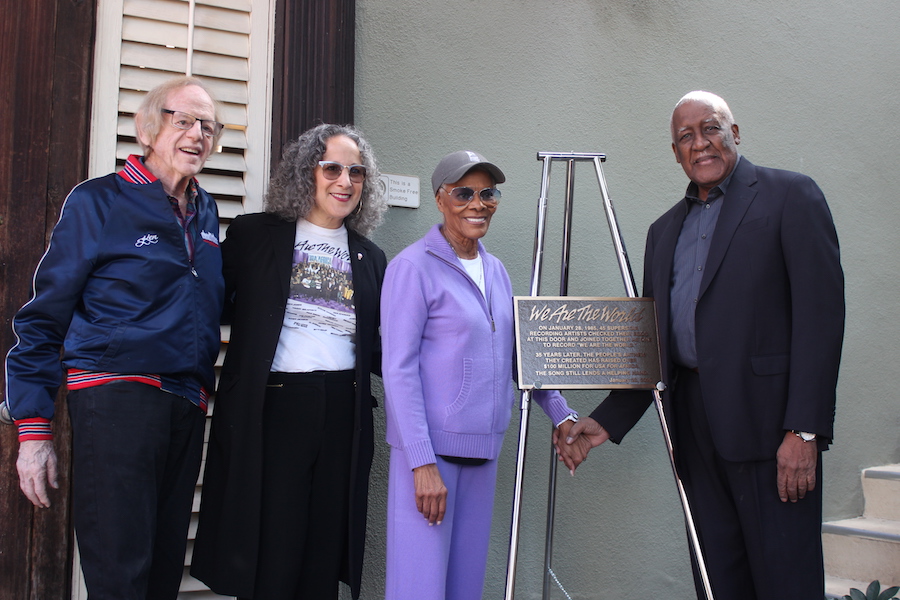 Participants, family and fans gathered Jan. 28 at Studio “A” at Henson Studios (formerly A&M Records and the original Charlie Chaplin Studios) on La Brea Avenue in Hollywood, Calif., to commemorate the 35th anniversary of the recording of the song “We Are the World,” which over the years has raised millions to feed the hungry. The event will be commemorated by a plaque to be placed at the studio. The plaque reads, “In January 28, 1985, 45 superstar recording artists checked their egos at this door and joined together as one to record ‘We Are the World.’ 35 years later, the people’s anthem they created has raised over $100 million for USA for Africa. The song still lends a helping hand.” (L-R) “We Are the World” producer Ken Kragen, Gina Belafonte (daughter of “We Are the World” organizer/artist Harry Belafonte), singer Dionne Warwick, and USA for Africa’s Lloyd Greig.